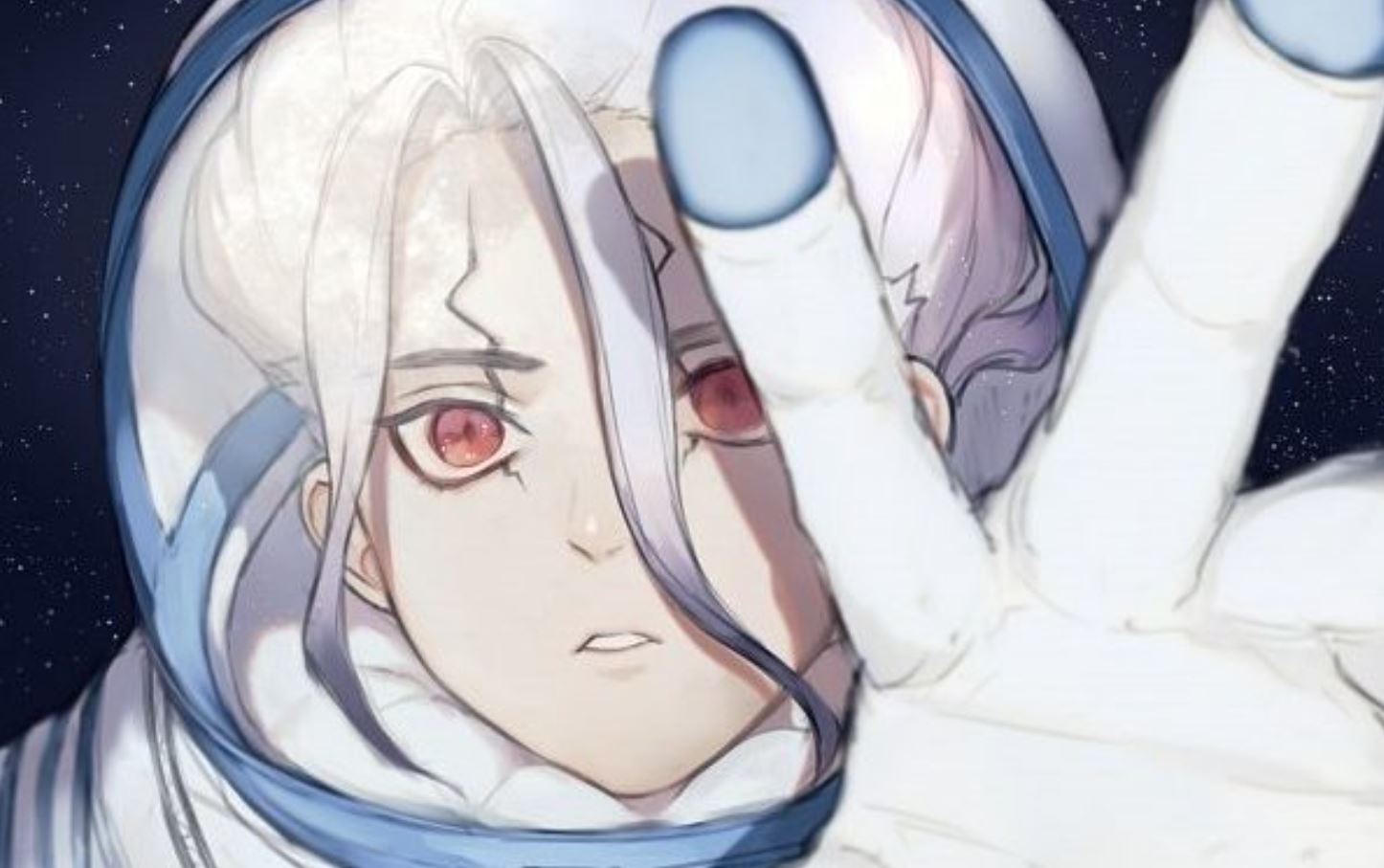 In Chapter 226, Senku and his space crew recreate history by being the first Stone Age scientists to step on Moon. “Stepping on Moon may seem like a small step for a man, but is definitely a huge leap for mankind.” These wise words from Neil Armstrong are still as true as ever. The entire world is looking forward to our science heroes for saving humanity from the wrath of Whyman. The godly being whom we initially considered to be beyond anyone’s reach can be just a few hundred meters away from them. Will they find Whyman in Dr. Stone Chapter 227?

Meanwhile, Ryusui decided to stay back in the spaceship to immediately come for rescue if anything goes south. Moreover, I don’t think Ryusui would have been much of a help in the battleground anyways. Here, we bring you the latest chapter updates of the Dr. Stone manga.

Now that Senku and his team landed on the Moon, they will be prioritizing spotting Whyman. This is where Kohaku’s enhanced sense of vision will come in handy. In the past, there have been countless times when Kohaku has warned everyone about the danger with his spotting ability, and we expect her to do the same once again. In case any threat shows up, Stanley will take care of the long-range fighting. Right now, it’s very unclear what dangers to expect in the Moon.

Since Whyman has existed for thousands of years, I doubt if it’s even a living creature. I won’t be surprised if Whyman turns out to be an artificial intelligence meant to check humanity’s growth.

Raw scans and leaks of Dr. Stone Chapter 227 are out – The chapter is titled “So you’re Whyma.”Senku, Stanley, and Kohaku gradually head towards the dark area they spotted from the Moon’s satellite image. It turns out that Whyman is staying close to the place where the USA hoisted their flag 4000 years ago. He tricks Kohaku using Senku’s voice to trick Kohaku to expose the medusa device to the vacuum. Kohaku threw it just in time, and since Moon’s gravity is 1/6th compared to that of Earth’s, it flew away a lot further than expected.

Chapter 226 starts with Ryusui’s miraculous entry into the Moon mission. Even after losing his seat for the space voyage, he never stopped training. There’s nothing coincidental about it; it’s Ryusui’s resolve that brought him to the limitless space that he always wanted to explore. Senku wastes no time admiring this epic entry and immediately changes the burnt power circuit board.

Meanwhile, scientists back on the Earth are closely monitoring every movement of the space shuttle. Thanks to the Doppler effect, Xeno and his crew can observe the location and speed of the spaceship. Chelsea explains the phenomena to Taiju by giving the example of an ambulance going towards and away from someone. After traveling at 38,000 km/hr for three days straight, they finally reach Moon’s atmosphere.

Even Senku gets amazed at how big the Moon really is compared to what we see from Earth. It is the guardian deity that has been protecting the Earth from meteors for tens of thousands of years. Back in Earth, Xeno is impressed at Chrome’s wit for coming up with the idea of using a sextant to navigate in space. Soon, the space explorers are about to enter the dark half of the Moon, where even the most advanced communication device can’t reach.

Ryusui takes charge of the command module and willingly agrees to stay back in the spaceship. Thus, Ryusui sacrifices the honor of stepping his foot on the Moon so that mission goes smoothly. Hours later, Senku, Stanley, and Kohaku land on the Moon’s surface. Compared to the Moon landing in the 20th century, this mission has a different meaning to it as they are here to unravel the mystery behind the petrification beam.

Dr. Stone 227 will be released on January 30, 2022. A new chapter of Dr. Stone manga is generally released every Sunday unless the weekly schedule shifts to Friday release.

Where to Read Dr. Stone Manga?

Dr. Stone manga is published under weekly Shonen Jump magazine, which comes out every Sunday. The last three chapters of the manga are free to read. You need to take a subscription if you want to read the entire series. We recommend you either read it from Shonen Jump or wait for the volumes instead of using pirate websites. If you are an IOS user, you can read it here. If you are an Android user, you can read it here.