OtakuKart
Home Korean Wave K-Drama Will We Get To See Our Magical Trio In A Season 2... 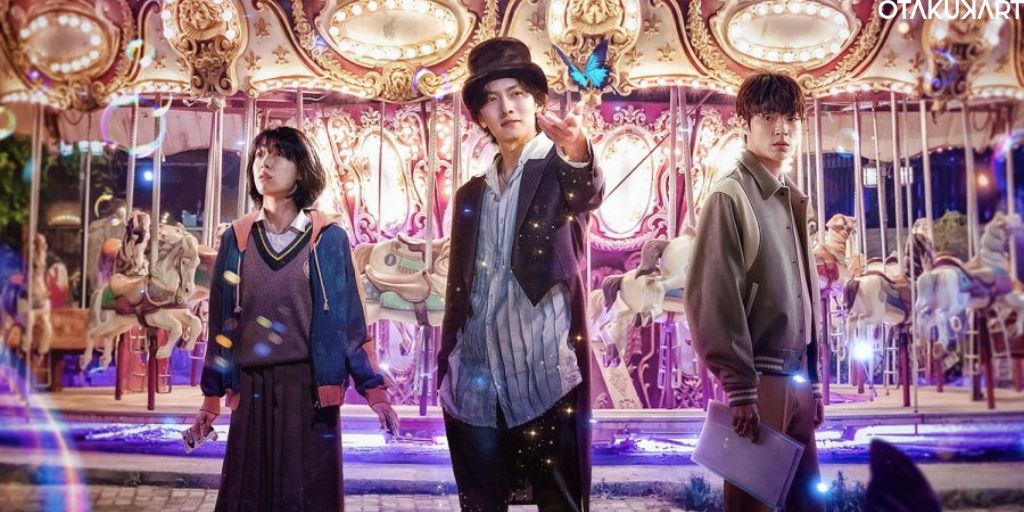 There is no wonder why people are hoping that Netflix’s newly released K-drama The Sound Of Magic will have a Season 2! The Sound Of Magic is a short yet exciting watch that brings back childhood innocence and makes us face the harsh reality at the same time. The story revolves around a man who calls himself a real magician, two troubled high schoolers – Yoon Ah Yi and Na Il Deung and a truly magical adventure. The K-drama starts with a mysterious note as some teenagers gossip about a really handsome but insane man who lives in an abandoned amusement park. They say that this magician actually performs real magic and before performing tricks on someone who always asks the same question ”Do you believe in magic?”

Meanwhile, Yoon Ah Yi is a high school student who, due to unfortunate events, ended up becoming the breadwinner of her family. At quite a young age, she was given the responsibility of looking after herself and her younger sister. They barely ate a proper meal every day. On the other hand is her rich and smart classmate who happens to be sitting with her in their class named Na Il Deung. Na Il Deung is the topper of the school, well, except in Maths, in which he is always beaten by Yoon Ah Yi. The three of them strike an uncanny friendship as they navigate through their lives.

Their friendship was so wholesome that fans could not get enough and wanted a Season 2 of the Sound Of Magic. Let us see how high the chance for a second season is!

Will There Be The Sound Of Magic Season 2?

Netflix has usually heeded the audience’s requests when it comes to K-dramas such as Squid Game, Sweet Home, and Love Alarm. So there may be a good amount of chance for The Sound of Magic Season 2. There are still some lingering questions that fans of the K-drama want answers to. First of all, where did the magician, aka Ri Eul disappear to? Ah Yi had used her own magic to vanish Ri Eul into thin air in front of the policemen, but where did he end up. Is he still teaching magic to young kids?  Or is he somewhere near his magic students Yoon Ah Yi and No Il Deung?

We also did not get a proper ending to No Il Deung’s story. What did he do after dropping out of college? Did he also, like his friend Yoon Ah Yi, continue to practice magic and perform magic for a crowd or just enjoy magic by himself in an abandoned amusement park like Ri Eul himself had once done? And did Yoon Ah Yi and No Il Deung get together? No Il Deung had evidently really liked Yoon Ah Yi, and we did see her saying she was disappointed by No Il Deung’s ‘joke’ about dating each other.  Well, we will never know until aSeason 2 of The Sound Of Magic comes out. So fingers crossed!

Why We Want A Season 2 Of The Sound Of Magic?

Apart from the blazing questions that the audience still has, fans do not want the magic of the K-drama to end this quickly. They still want to hear the sentence ”Do You Believe In Magic?” and ” Annara Sumanara” once again. The musical K-drama had been adapted from the excellent webtoon ‘ Annara Sumanara’ written by Ha Il Kwon. The cast had done every bit of justice to the awesome storyline of The Sound Of Magic. To be honest, if you have Ji Chang Wook (Healer), Hwang In Yeop (True Beauty), and Choi Song Eun (Beyond Evil), how can you expect something to go wrong!

The cherry on top is surely the magnificent cinematography of the K-drama. If the animations were even a bit cringe, things would not have been so magical for the audience. From the characters to the visual effect were so great that we almost started believing in magic!