Will Vegeta Die in Dragon Ball Z? The Fate of ‘The Prince of Saiyans’

Vegeta is one character that starts off as the antagonist of the show and later becomes the deuteragonist. 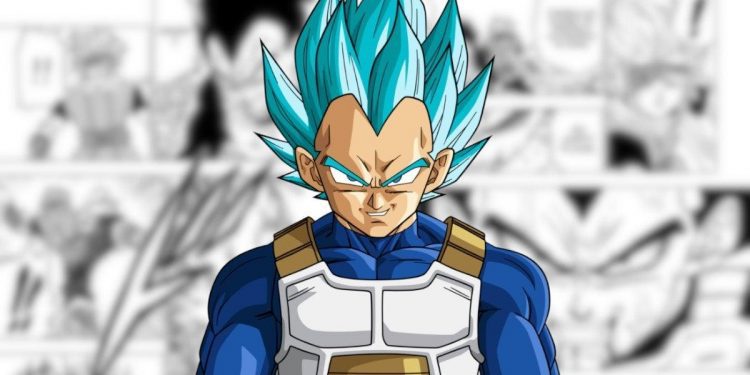 Dragon Ball is one of the best series the Anime Community has seen. The show has had a strong impact ever since its first manga was released in 1989. Dragon Ball is set in a world where there are aliens and other planets that exist alongside Earth. Some of these planets have species that look similar to Humans, while there are others who look nothing like a creature on Earth. One of these species is Saiyans. They are a race of extraterrestrials who are naturally very prone to be aggressive. This planet has the strongest warriors in the universe, and almost all of their kind was destroyed by the hands of Lord Frieza. So, Vegeta, just like Goku was a Saiyan, who at the time was of Planet Vegeta’s destruction, was on another planet. So, will Vegeta die some other time in Dragon Ball Z?

Vegeta is one character that starts off as the antagonist of the show. He was the Prince of all Saiyans as he was the son of King Vegeta. He’s shown as Goku’s sworn enemy at the beginning of the series. He eventually joins Goku as one of the protagonists and goes on to fight along the Z fighters to defeat the ones that attempt to bring havoc. Just like Goku, Vegeta can never truly die. With the help of the Dragon Balls, anyone can be brought back to life, and thus, no one ever stays dead. Prince Vegeta is the strongest partner Goku has had in the show, both being of the same species.

Coming from a royal family from the Planet Vegeta, Vegeta is a Prince. Ever since his planet was demolished by Lord Frieza, he has held a strong grudge towards the Sapient Alien. Vegeta is of the same species as Goku, but yet they never really got along. Both of them were sworn enemies up until the fight against Kid Buu. After their battle, Vegeta realizes that there’s no reason why they should be against each other when they work better together.

Vegeta had always been a ruthless and wicked person, just like how all Saiyans are trained to be. He thought lowly of all other species and was a merciless killer ever since he was a kid. But he slowly starts changing during the Namek Saga, when he let Gohan and Krillin go instead of killing them. He explains to Goku that the reason he was so monstrous was because of Frieza. His hatred towards Frieza and what he had done to Vegeta’s people stopped him from ever wanting to be less mean.

Vegeta completely changes when he falls in love with Bulma and has two half-Saiyan kids with her. Vegeta falling for Bulma even though she’s human is proof of his change. He went from thinking of humans as low creatures to having half-human kids. Vegeta is one of the series’s best characters, and thanks to his admirable personality change, he has gone to become a fan favorite.

Vegeta dies a total of two times in Dragon Ball Z., But just like Goku, there are other timelines when Vegeta dies as well.  We’ll look into them below.

Vegeta died the first time at the hands of Lord Frieza in episode 86 of the Dragon Ball “Z” series. He was on the verge of being crushed by Frieza’s tail when Goku arrived on the scene. Here Goku and Frieza have a battle while Vegeta is trying to convince Kakarot not to be merciful with the Alien Monster. Vegeta tells Goku about how Frieza has lied to his entire race and killed his parents, and eventually destroyed his home planet Vegeta. He uses his final breaths to beg Goku not to let Frieza go and kill more innocent civilians. Vegeta dies due to the injuries he suffers from his fight against Frieza and is buried by Goku. Vegeta is brought back to life by wishing through the seven Dragon Balls.

Vegeta dies for the second time in episode 237 of the Dragon Ball “Z” series. In this episode, Vegeta fights against Majin Buu. Majin Buu is one of the strongest villains of the series. He has the ability to regenerate himself, making him extremely difficult to kill. As a final resort, Vegeta decides to sacrifice himself in an attempt to kill Majin Buu. He asks Piccolo to take Goten and Trunks away. He tells Trunks that he is very proud to be his father and hugs him for the first time in his life. He releases his full power and disappears; a bright light takes over the screen, and we hear Majin Buu’s screams as he is turned to dust.

Future Vegeta is killed by Android 17 in Future Trunk’s timeline. But due to the fact that this is in a futuristic timeline, the death of Vegeta is not counted. Another Instance when Vegeta dies is when Frieza destroys the Earth in the “Resurrection F” timeline. However, this death of Vegeta is also not considered since Whis turns back time and returns the Earth as it was.