Will Van Hohenheim Die in Fullmetal Alchemist? The Father Of Elric Brothers 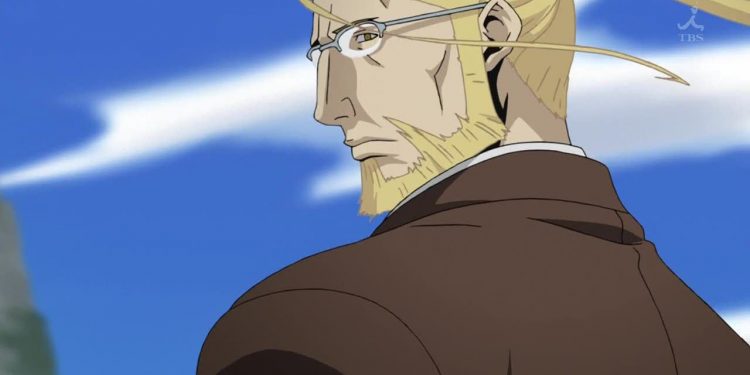 When you are going to dive into the world of Fullmetal Alchemist, you will get to know that how large the perspective of a creator can get. They are able to take you directly into a different world or dimension that might or might exist in a parallel universe. The most wonderful thing about the series is the unique science that almost everyone uses, which is known as “Alchemy”. The very well-known science doesn’t work simply as everyone thinks, whenever someone has to make use of it, they have to provide something of the equal value. Now, as we are talking about Alchemy, there is a name that pops up, that is Van Hohenheim.

The reason why this character is associated is because of his role in the series. A very well-known Alchemist, and many other reasons why he is very well known when it comes to performing Alchemy. Before going any further into his life history, we will get a brief introduction of the series to which he belongs. The Japanese manga series Fullmetal Alchemist also known as Hagane no Renkinjutsushi, is drafted and demonstrated by Hiromu Arakawa. The manga was published by Enix and Enix Square and was released on 12th July 2001. An anime adaption of the manga was also released on 4th October 2003. Now, we are going to get going deep into the topic, will Van Hohenheim die in Fullmetal Alchemist.

Being with is an association with the science of Alchemy is, Van is a very experienced, ancient, and extremely powerful Alchemist. Due to him being more than 400 years old, he has a lot of expertise when it comes to handling the stuff related to Alchemy. There is one more reason why he is so very well known. This is because of him being the father of Edward and Alphonse Elric. It was witnessed in the series that he left his family when both the boys were a child. However, he made a comeback into the series just to correct the wrongs of his mysterious past. Van is a quite tall man, has a very good built body and a look of a literal gentleman. Just like Ed and Al, he also has golden blonde hair, cause why not, he is the father of both of the boys.

Initially, everyone made his image of being very cold-natured. Like everyone under mysterious circumstances, he have to leave his family, which included his two young kids and wife. However, he is actually the opposite of his assumed image. Van is relatively more softhearted, gentle, and someone who careless about himself. With the help of his genius brain, he discovered a method of detaching souls from the body and transferring them to another body with the help of Philosopher’s Stone. However, as it is performed as a technique under Alchemy, the person has to pay an equally valuable thing. Due to this invention of his, he was able to dodge death and aging for more than 400 years. But when it comes to death, it is something that is inevitable, not even for someone who is referred to as “immortal”.

As there was a hint in the above lines that Van Hohenheim is an immortal. That means he can never die, however, we are ignoring the price he paid for his ability. Van is a human Philosopher’s Stone and makes him an “unintentional Homunculi”. He got the ability to regenerate him at a very miraculous rate, which is even more impressive than any of the Homunculi. Philosopher’s Stone helped him to oppose all the natural laws of being a human. He doesn’t age, can live longer, and can provide his body all-over protection. But all of this is not going to come at a less price. Van experienced a lot of instability while changing the body.

Whenever he shifts to another body and the body is incapable of holding his soul, it starts to rot prematurely. It was also said that he is immortal, but no, this is purely incorrect. Every Philospher’s stones have a limited source of power, it can’t go one for whole life. Van receives life forces by consuming the souls of the Philosopher’s stone. But at last, the stone’s energy wore out, and he died.

As the series is one of the most popular anime series, it is available to watch on almost every legit website. You can stream the complete series of Crunchyroll. However, for manga series, you can go for Viz Media for an English-translated version of the manga.

ALSO READ: Will Lust Die In Fullmetal Alchemist? The Fate and Death of the ‘Ultimate Spear’