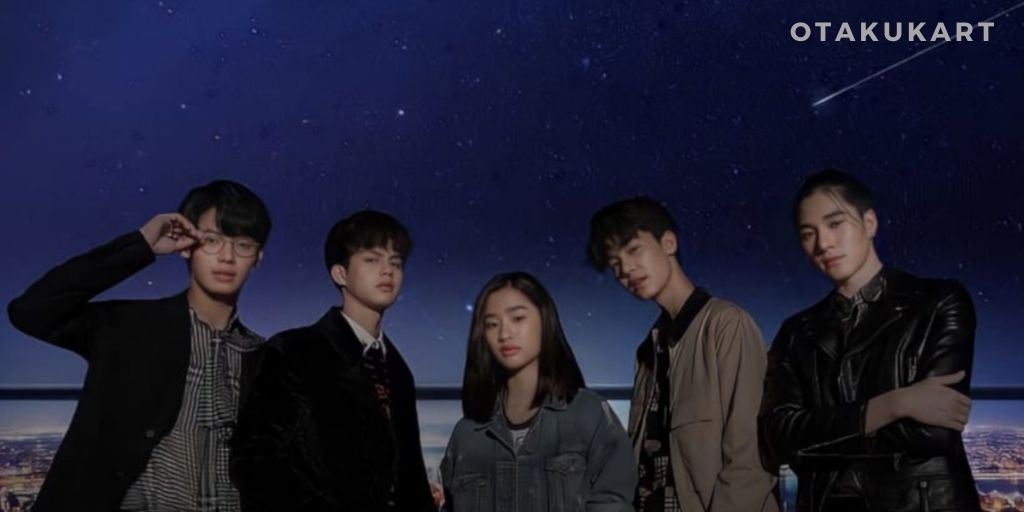 F4 Thailand: Boys over flowers looks like the new version of Korean Drama Boys over Flowers. However, the television series is more based on the Japanese manga Hana yori dango. The manga is about Tsukushi, a middle-class girl who gets into Eitoku, an extremely elite school. She initially has a plan to stay invisible. However, she finds herself immersed in the lives of the F4, the four rich boys who rule over the school. The Thailand version of the manga is almost the same, except it is a modern version of the manga. It’s definitely amazing how the director, Patha Thongpan, was able to remake the manga in such a beautiful manner and creative way. Now, as the show progresses, F4 Thailand: Boys Over Flowers’ will soon release its Episode 5.

F4 Thailand: Boys over flowers has already released four of its episodes. It is quite a trending drama because of all the hot leads they have cast. The drama begins with a girl named Gorya, who passes an entrance exam of a highly expensive and elite school. However, students in that school are a lot more different than what she imagined. The school is ruled by F4, four extremely spoiled and rich boys who give a red card to whoever they don’t like and target them for bullying for amusement.

In Episode 4 of the television series, we see that Thyme had given the unwilling Gorya an ultimatum, that he would wait for her for their date no matter what. We see Gorya running to meet Thyme, who’s waiting for her, drenched in the pouring rain. And this is where the unending saga of their bickering begins as they fight with each other over little things. Even though Gorya is late, Thyme decides to still go on with the date as he had already invested his time waiting for her.

Thyme wanting to spend time with Gorya alone agrees for a sunset watch, but unfortunately, the sunset watch ends up on a Ferris wheel. As Thyme is afraid of heights, he tries to avoid watching the sunset. However, Gorya notices why he was refusing and teases him, ending up daring him to go on the Ferris wheel. When the torturous Ferris wheel ride ends, Thyme is seen throwing up, and Gorya starts feeling guilty. She offers to buy food but realizes that the restaurant Thyme chose is extremely expensive and, in order to talk to him, takes him aside in a staircase.

After having a discussion, when they both try to go back, they realize that they’ve been locked up in the staircase. They try hard to get some help but in the end give up and stay there for the whole night. During the night, Thyme ends up getting sick, and Gorya takes care of him.

What To Expect On ‘F4 Thailand: Boys Over Flowers Episode 5’?

Episode 4 ended with rumors of Gorya and Thyme dating, which Thyme had confirmed in front of the whole school, along with Gorya refusing them profusely. The only good outcome was that Thyme had rebuked Gorya’s red card, which helped her not get targeted anymore. Thyme is seen visiting Gorya’s home when she gets sick. This makes us wonder if we’ll see more of Gorya’s family and Thyme interacting. Behind his back, Thyme’s friends are seen trying to manipulate Kaning.

However, she tells them that they should learn to have faith in their friend. Will we see Thyme’s friends actually helping him out and trusting him, or will they plot another plan to stop Thyme from getting together with Gorya. It also looks like we’ll see Thyme’s mother find out about Thyme and Gorya. Someone puts up posters of Gorya in the bar, which also complicates stuff. It will be fun seeing all this drama unleash in the next episode.

‘F4 Thailand: Boys Over Flowers Episode 5’ will release on 22nd January 2022, Saturday at 8:30 PM Bangkok time and 8:30 PM ET. For international fans, the episode will release at the same time on youtube with English subtitles.

Where to Watch ‘F4 Thailand: Boys Over Flowers?

The television series ‘F4 Thailand: Boys Over Flowers releases on GMM 25 on Saturdays. It is also available to stream on their YouTube Channel and VIU.