After looking at the alternate cures the world is taking for Covid-19 and situation in Turkey, What should we expect next if Vice Season 8 Episode 16 is happeing. 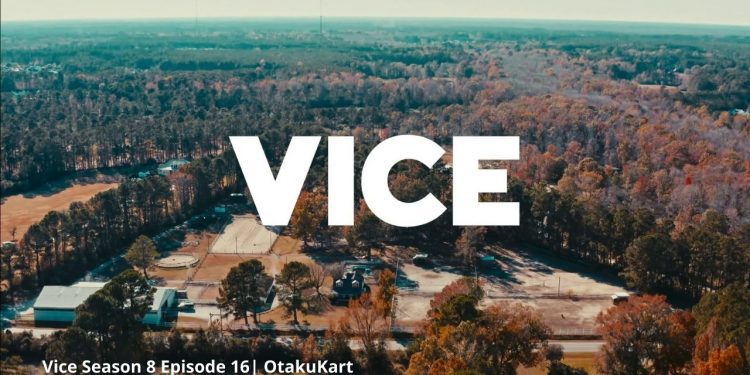 After looking into the alternate measures, the world is taking to counter Covid-19 to the situation created by Greece. What should we look forward to with Vice Season 8 Episode 16? Recently on the show, Alzo Slade told us about a medicine that has been long existed to treat an animal. Now though, some of the people around the world consider it as an alternative to the vaccine for humans to shield them from Covid-19. Is it true, though, or is all part of misinformation spread on the internet? A place most of the people are referring to for more information rather than trusting the government.

Apart from that, Hind Hassan was visiting Turkey. She was taking a look at the results of the migration crisis of 2015 due to the Syrian War. Hind Hassan even joined the Turkish Coast Guard in order to meet one of the groups in the waters. She even went inside one of Turkey’s deportation centers to get a better understanding of the refugees. Vice’s team also went on to talk to a smuggler and also looked for answers to how Greece was forcing migrants over its borders?

Previously on Vice Season 8, we opened up with Alzo Slade telling us about people who like to listen to government guidelines and people who like to research and follow their own ways. This saw him taking us into the history of Ivermectin. A medication originally for deworming horses. Now is an alternative by some humans for treating Covid-19. He told us how it became one of the medications in demand but also was flagged as part of dangerous misinformation.

Alzo Slade later sat with the CEO at Center For Countering Digital Hate, Imran Ahmed. He told him about the group of people who most effectively weaponized the pandemic, then used it to spread misinformation and draw people into their content eco-systems. Next, Slade visited The Truth Of Cancer conference and later sat with Peggy Peuster, Alternative Health Advocate.

Peggy Peuster told Alzo Slade is one of those who have chosen to take personal health into their own hands. Peuster hasn’t taken vaccination either. She has taken care of her health her whole life and has never been sick. Alzo later met Dr. Leslie Lenert, Director, Biomedical Informatics Center Medical University of South Carolina. He is one of the chief investigators of Ivermectin as medicine for Covid-19.

Also Read: What Will Happen In ‘The Expanse’ Season 6 Episode 4? Spoilers & Speculations

Next, Hind Hassan took us to Turkey and was with the Turkish Coast Guard. They were about to rescue a group of people on a boat who were originally leaving for Greek. She told us about the migration crisis of 2015 due to the Syrian War, which is now compounded by an influx of refugees fleeing The Taliban in Afghanistan, conflicts in sub-Saharan Africa, and the Collapse of the Lebanese Economy.

Hind Hassan later visited a local deportation center. Hoping to see the situation and even talk with some refugees. She got to talk to Cuma Omurca, Migration Authority Director, Van. Hind Hassan and Vice’s team also tracked a smuggler down. They got to talk to him about migrants and refugees smuggling, especially how smugglers treat them. The episode came to a close with an interview of Ylva Johnasson, European Commissioner for Home Affairs, talking about Greece violently and forcibly pushing migrants over its borders.

Vice Season 8 Episode 16 is not happening. The fifteenth episode of Vice Season 8 marks the end of this season. There are no official details on whether Vice will be returning for another season for now. If it officially receives a renewal sooner or later, we are expecting Vice Season 9 to release around March of 2022 in a matter of months. Especially with the fact that it’s around the same time a new season for Vice begins.

Vice Season 8 Episode 16 might not be happening for now. Until Vice returns with a new season, stream Season 8 and Season 7 of Vice on Showtime’s official website. Meanwhile, the rest of the season was owned by HBO. Therefore they are available to watch through HBO Go or HBO Now.

Also Read: Mike & Iris Find Themselves Away From Chaos In ‘Mayor Of Kingstown’ Season 1 Episode 9