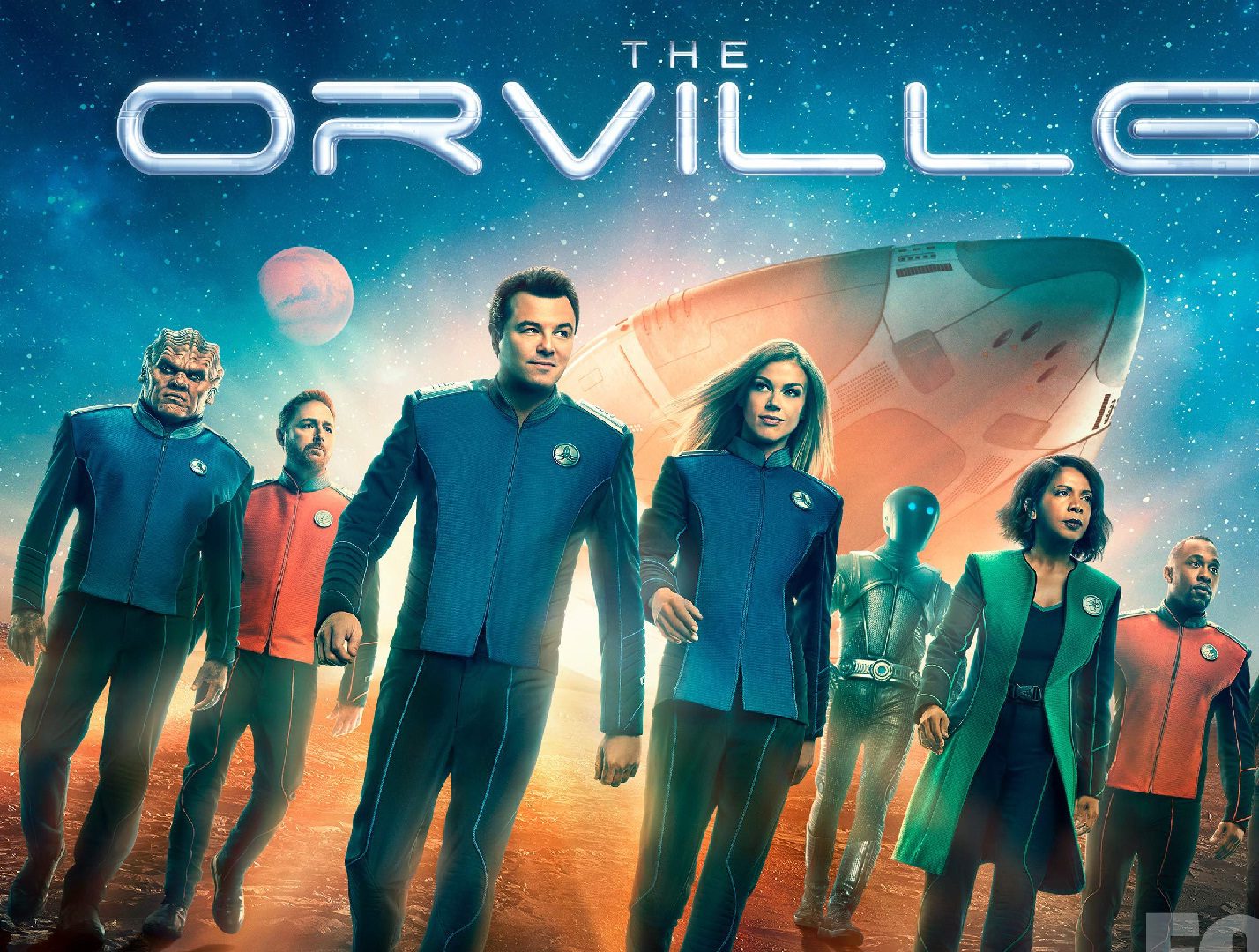 Will There be Orville Season 4

Season 3 of The Orville: New Horizon is scheduled to premiere on Hulu on 2 June 2022. After two marvelous seasons, it is going to have a third season. But some are asking about the renewal of the fourth season of The Orville after the news, which we will be discussing later in this article. It is interesting to know if the production company has released any information about it yet or not. In the article ahead, we will be discussing whether there will be The Orville season 4 and the rumors related to it. We will also be talking about The Oroville Season 3 which is going to release soon.

The first season of The Orville was released on 10 September 2017. It was then perceived negatively by critics. Therefore on 30 December 2018, it released its second season and became a blockbuster. This American science fiction comedy-drama, inspired by Star Trek: Next Generations, follows the adventurous life of crew on USS Orville (ECV-197) starships who are living in the 25th century. Without any further dilation let us discuss The Orville season 4 release date.

There will be no fourth season of The Orville. Yes, read it right, but it’s not the whole truth! Let us see how.

In a podcast (Clear Eyes Full Heart), the main actors of The Orville, Adrian Palicki and Scott Grimes has announced that the series would not continue further after its third season which is going to unleash on 2 June 2022. This news left several fans heartbroken and confused. 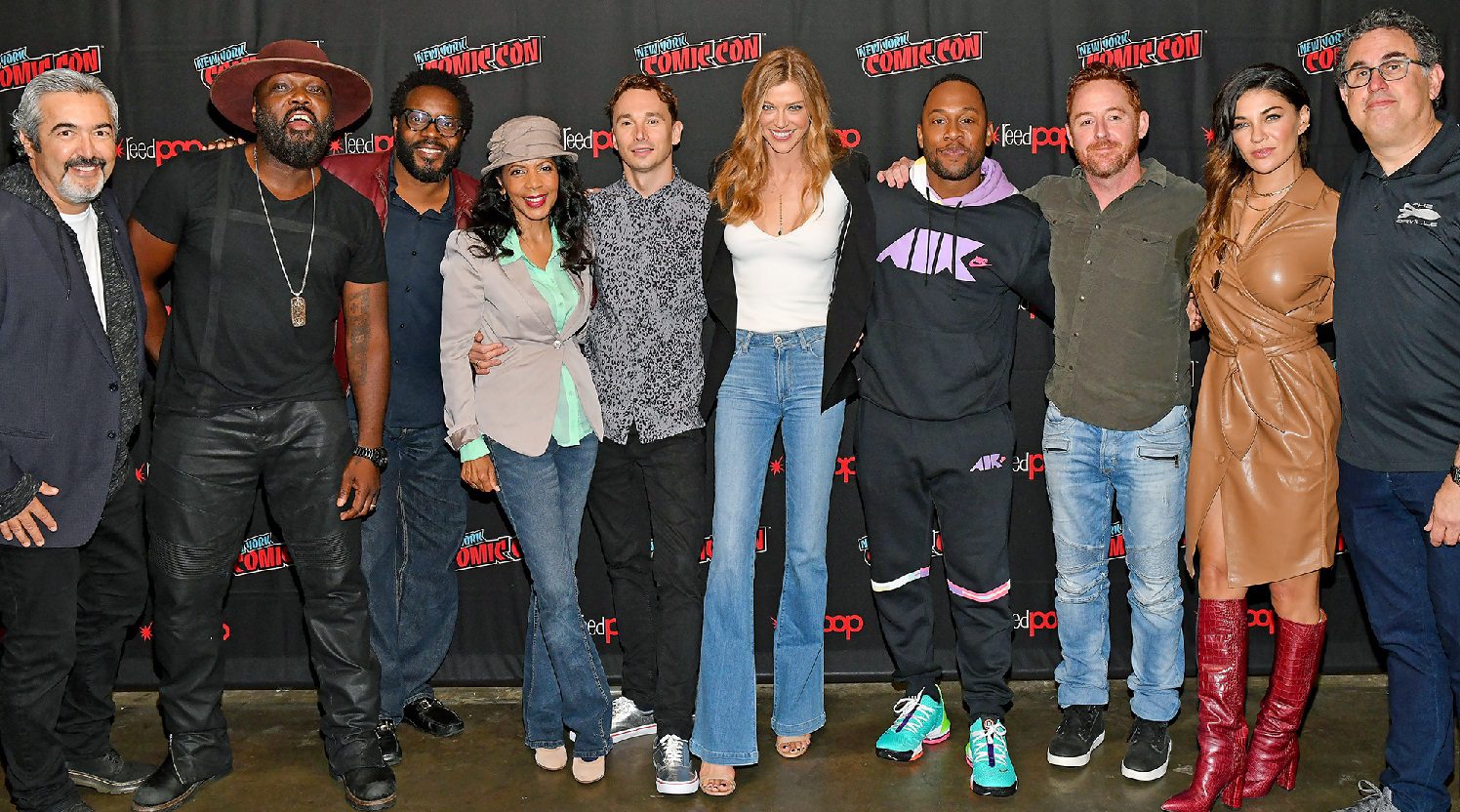 Rumors about The Orville Season 4

To clear all the related misunderstandings, its co-producer Tom Costantino tweeted that The Orville could release its fourth season but the renewal will be based entirely on critics’ response and public appetite. He was not sure about the fourth season.

So it leaves us in a midway where one is free to think whether The Orville season 4 will release or not. However, if everything goes well and season 3 acquires success in upcoming days, then there is a higher probability of season four renewal.

The third season of The Orville: New Horizon was about to premiere on 10 March 2022. But it is going to air on 2 June. This session will further extend the planetary mission of the crew while navigating the secrets of the universe and their interpersonal relationship. Instead of airing the third season on Fox (as did the previous two seasons), it is going to air on Hulu. The title of the first episode of The Orville: New Horizon is Electric Sheep. 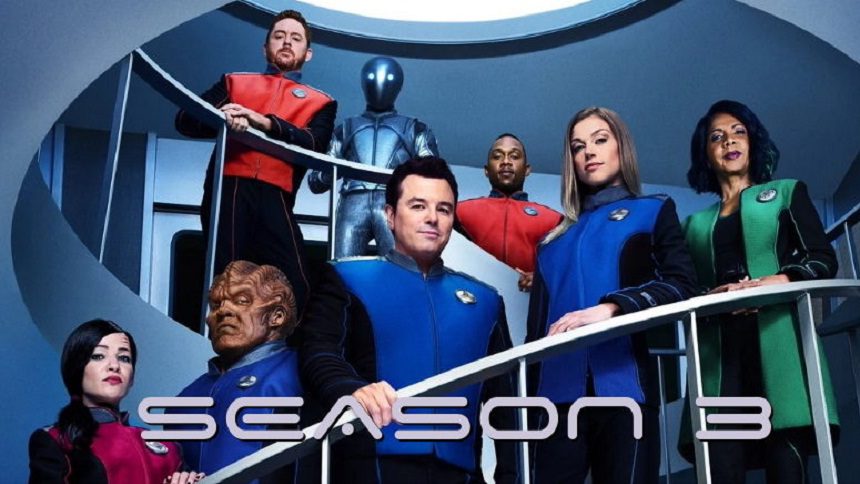 In the United States, you can watch the series on Hulu, Amazon Prime, and even on iTunes Store. For people in Australia, The Orville: New Horizon will air on SBS Viceland (Television) and will also stream on Disney+Hotstar and SBS on Demand. This series will premiere on Citytv in Canada. While in the United Kingdom, viewers can watch the series on Disney+ through the star. TYNZ will be the streaming platform for The Orville: New Horizon for the viewers in New Zealand.

The Orville season 2 focuses mostly on the storyline of the series. As the episode passes, we get to familiarise ourselves more with the personal life of crew members. The spaceship contained members from the various planets, who together solve the mystery of the Universe. In the finale of season 2, all the stories get resolved.

Let us start with the story of Bortus and his mate Klyden. Bortus belonged to a morale dominant planet, named Moclans. Therefore, after making Klyden pregnant with a girl child, he demands Klyden to go for Moclan Surgical Procedure. In this procedure, a female gets converted to a male. 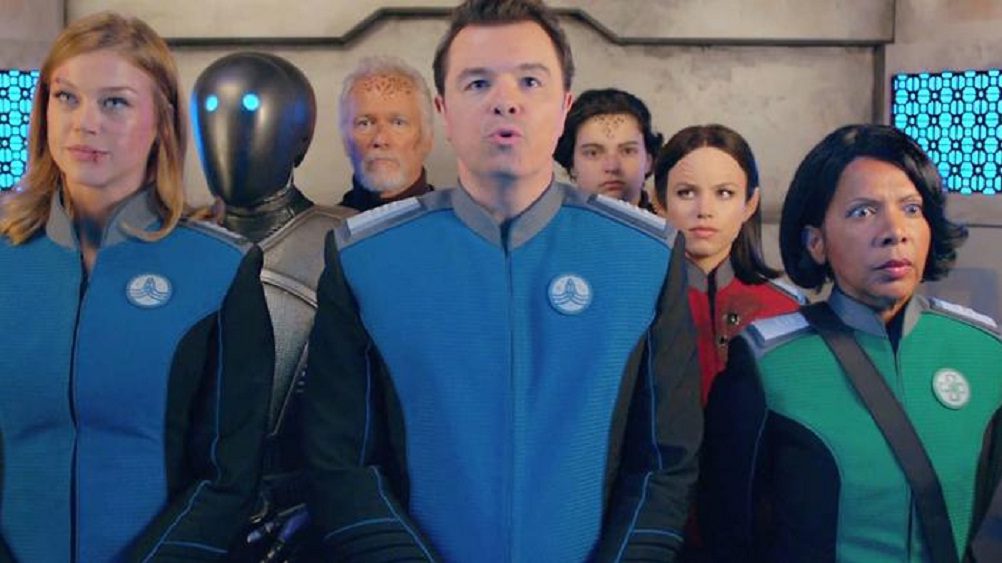 Lt. Alara Kitan belonged to a planet Xelaya whose gravitational field was much more than earth and as a result, it gives more strength to its people. Later in the series, Alara finds that her strength decreases because of the Earth’s gravitational field which is far less than her home planet. This causes her to return to her home planet where she finds that someone tortures his father, who is a doctor by profession. She chooses to leave the voyage. Therefore, Lt. Talla Keyali takes over her position of chief security.

Kelly and Ed got divorced before becoming a member of the spaceship. Kelly demanded a seat for Ed as apart from their issues, she knows that Ed is a very good engineer. In the spaceship, they tried to avoid each other as much as possible.

Who was the Enemy in The Orville

In season 1, the major enemy was the reptilian species, popularly called krill. But in the middle of season 2 Issac shuts down and they had to return him to his original planet Kalon.

This planet was full of artificial intelligence. They immediately took Issac to do some research on him as they lived some time with the human species. Kalons were finding the possibility of biological species in the Universe and searching if they should be allowed to dwell in the Universe.

Later Kalons got revealed as the enemy of humanity. As a result, Kalons was the enemy of the Orville spaceship. They programmed Issac to kill Ty and Dr. Calire Finn. But in the end, Issac chooses to help crew members in defeating Kalons.

In the middle of season 2, we saw that John and Issac together created a time travel machine accidentally. Neither of them knew how to operate the device. Due to the activation of the gravitational field, a seven-year younger self kell appeared in the spaceship. This Kelly was very much different from the present Kelly and just arrived from the time when Kelly dated Ed for the first time.

The Road Not Taken

The finale of season 2 was titled The Road Not Taken was The episode started with Kelly and her close friend Lt. Gordon Malloy. They were attacked by the Kalons and found themselves in a spaceship run by a member of Orville.

This Kelly was the seven years younger Kelly. And she never really got married to Ed. Because of this, Issac never got bonded to Orville crew members causing Karlon to invade half of the galaxy.

Later we got to know that kelly’s brain had some protein deficiency that can be treated with the injection of a protein that is present only on one planet.

In the end, Doctor Finn again goes back in time and erases some memory of Kelly. As a result, when Ed again calls her to rethink their marriage she accepted the offer. The last episode leaves the viewer juggling with some questions which could only get solved only after the renewal of the third season.

Cast And Characters of The Orville: New Horizon Season 3

The important cast and characters of the Orville are as given. Seth MacFarlane is playing the character of Captain Ed Mercer. After losing his wife in an accident he served as the news commanding officer of the spaceship.

Adrianna Palicki plays the character of Commander Kelly Grayson. She is the first officer of the spaceship and divorced her husband Mercer.

Penny Johnson Jerald plays the character of Dr. Claire Finn. She is the lieutenant commander and also the doctor inside the spaceship. She is also the single mother of two sons Ty Trave and Marcus.

Scott Grimes plays the character of Lieutenant Gordon Malloy who is the helm of the spaceship and also the close friend of Mercer and because of him only he is working on the spaceship.

Peter Macon is playing the role of Lieutenant commander Bortus. He is from another male-dominant planet, named Mockus.