Pushpa: The Rise was a massive hit and fans have been wondering about the release of the second part of it. 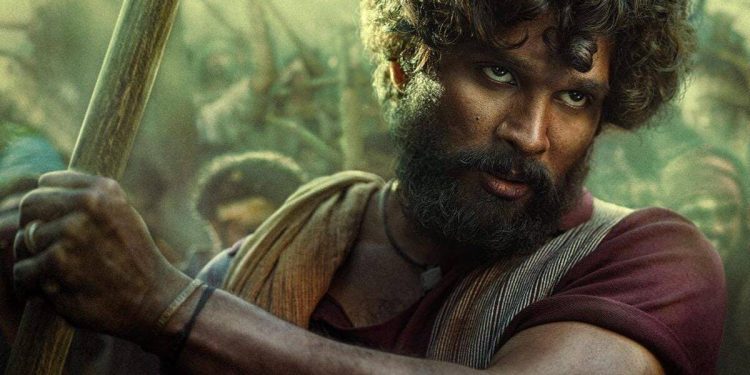 Pushpa: The Rise was no doubt a hit among the Telegu cinema fans and continues to win the hearts of numerous people. The fans have been wondering will there be Pushpa 2 now! Despite the mediocre reviews given by the critics, the movie went on to be a box office smash. Sukumar, the film’s director, announced that the sequel will begin filming soon and will be released in theatres. Allu Arjun stars in the movie, and we all know how big of a star he is in the South!

The first part is about Pushpa (Allu Arjun) and his life as a laborer. The first part was an introductory movie to the character of Pushpa. The second part will give more insight into Pushpa’s life and difficulties. The mastermind behind the movie is Sukumar, and the dialogues are written by Srikanth Vissa. The film also has the very famous Fahad Fasil in it! Two superstars in one movie! Of course, fans are keen to watch the second part of it. Now, let us dive into the details of Pushpa 2.

What Is Pushpa 1: The Rise About?

The movie follows a man named Pushpa Raj. He is one of Seshachalam’s many workers who unlawfully cut down red sandalwood and sell it to individuals. Pushpa finds his base in a cartel with many participants, rising through the ranks until the man who used to chop down these trees is now the one giving the orders.

Pushpa, a laborer who works for a pittance but dreams of having a king’s life, is often let down by his stepbrothers because he is their father’s illegitimate offspring. DSP Govindappa is always on the lookout for laborers. However, Pushpa dares to go against the grain, creating roadblocks for DSP.

Pushpa saves a smuggling consignment worth crores under the nose of DSP and becomes known to the Reddy Brothers, who deal in red sander smuggling. He becomes a close aide of Konda Reddy after smuggling red sanders with his techniques and deceiving DSP and his crew.

Pushpa is now determined to achieve greater heights. He discovers that Mangalam Srinu, a syndicate member, is providing the Reddy gang a much smaller part than they deserve and requests that Konda Reddy increase profit. Pushpa is asked by Konda Reddy to take matters into his own hands because his involvement will lead to a fight between the two gangs. He, being a brave leader, decides to seize control of the situation, resulting in a feud between two gangs.

Will There Be Pushpa 2?

In May 2021, the creators and producers of the movie Pushpa revealed that the film would come out in two parts. So yes, there will definitely be Pushpa 2. Part one is called Pushpa: The Rise, and the second part is going to be called Pushpa: The Rule.

The director of the movie indicated that the film was meant to be a web series, but things panned out different, and the creators decided to make it into a two-part movie. The second part, Pushpa: The Rule, will pick up where the first left off. It will focus on providing the fans and viewers closure on Pushpa’s life. The story revolves around a feud, and the second part is going to be about the rivalry between Pushpa and the villain Shekhawat.

Sukumar, the director, mentioned when he finished the writing, he thought Pushpa 2 had a lot of potential as a drama. He guaranteed his movie would not let anyone down and wishes that the audience like the sequel as much as he did while finishing the writing.

The lead actor Allu Arjun is very excited to shoot the second part of the movie. He is already feeling the heat and said he is very enthusiastic about shooting it. He believes that the creators and artists working on the movie can give much more in part 2. Allu Arjun mentioned how they have set the base with part 1 and have an opportunity to explore the best in the next part. The makers are all in a mindset to give their best, and we wish them the best of luck!

When Will Pushpa 2 Release?

Pushpa 2 will most likely launch in 2022, according to the creators and production team. In December 2021, Sukumar informed the media that the sequel is planned to be released in December 2022. He said they plan on releasing the sequel how they released the first part on 17th December 2021. So, fans can expect the movie to come out in December 2022 or January 2023.

The script has already been finalized, and the filming will mostly take place in February 2022. The director mentioned how they have shot two scenes of Pushpa 2 but want to reshoot them. The first part, Pushpa: The Rise, is available on Prime Video for viewers to enjoy.

Also Read: Pushpa: The Rise Ending Explained! What Should We Expect In Its Second Part?