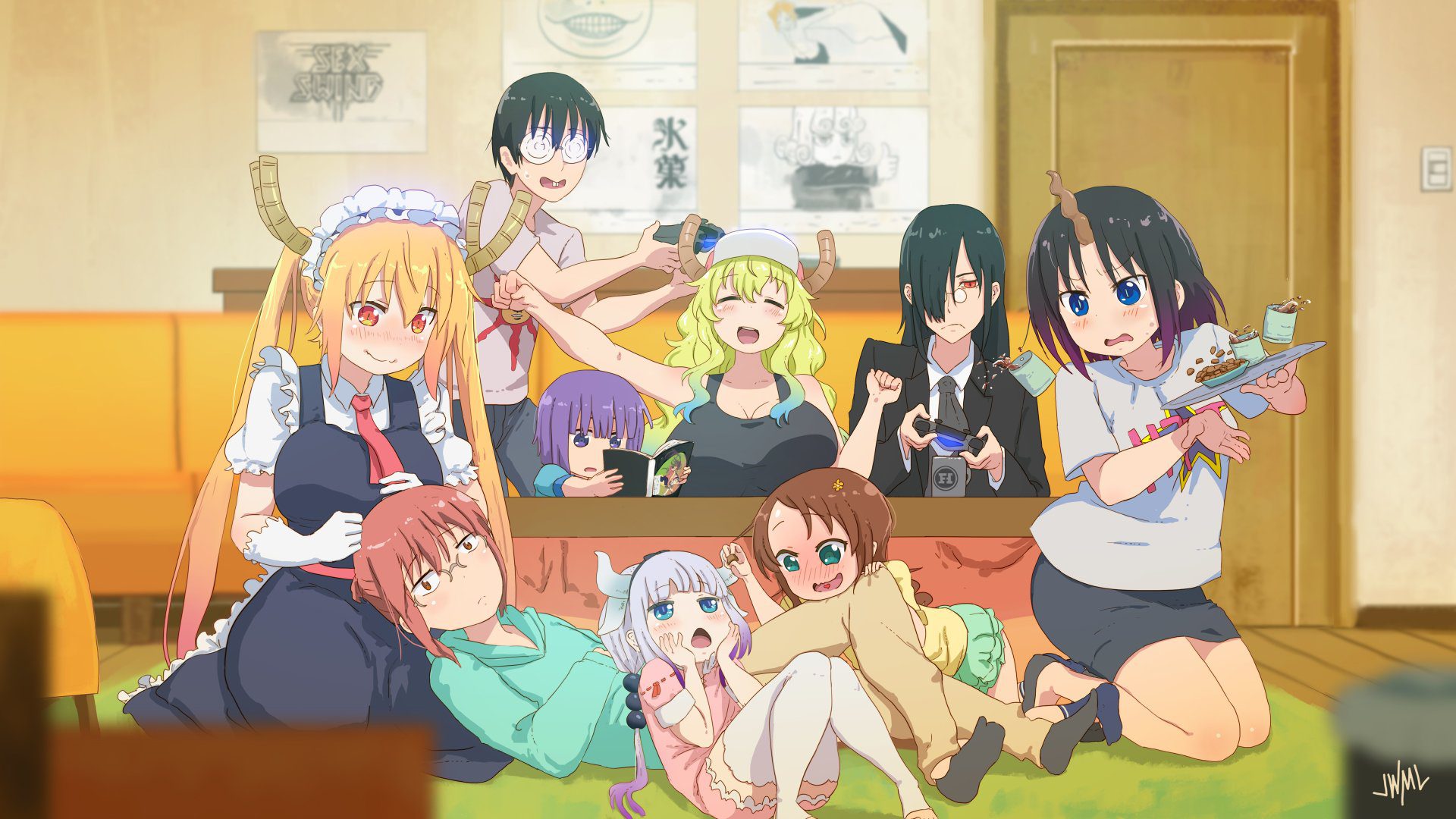 All anime watchers have one thing in common. Soon after they have finished watching a show, they’ll Google the details of its upcoming Season. No one can blame them, and neither are they to be blamed. Anime is something that keeps us gripped all the time, and wanting more of it just seems natural. The same thing was experienced by the fans when the 2nd Season of Miss Kobayashi’s Dragon Maid finished. Fans were looking up news related to Miss Kobayashi’s Dragon Maid Season 3.

Miss Kobayashi’s Dragon Maid is a manga created by Coolkyousinnjya. The manga began back in May 2013 and is currently ongoing, with 117 chapters released so far. An anime series was also made in 2017. The 2nd Season of the anime debuted in July 2021 and ended in September of the same year. Miss Kobayashi’s Dragon Maid is a very successful anime. Fans around the world have been waiting for its announcement regarding the 3rd Season for a long time.

We’ve got you covered! Let’s look at all the details of the 3rd Season of Miss Kobayashi’s Dragon Maid.

What Is The Plot Of Miss Kobayashi’s Dragon Maid?

The show opens up with our protagonist Kogayashi walking out of the door and being greeted by a dragon. The dragon transforms itself into a maid and reveals her name to Tohru. Kobayashi met Tohru in a drunken state and helped her. Ever since then, Tohru has become her maid. Kobayashi lets Tohru stay with her. 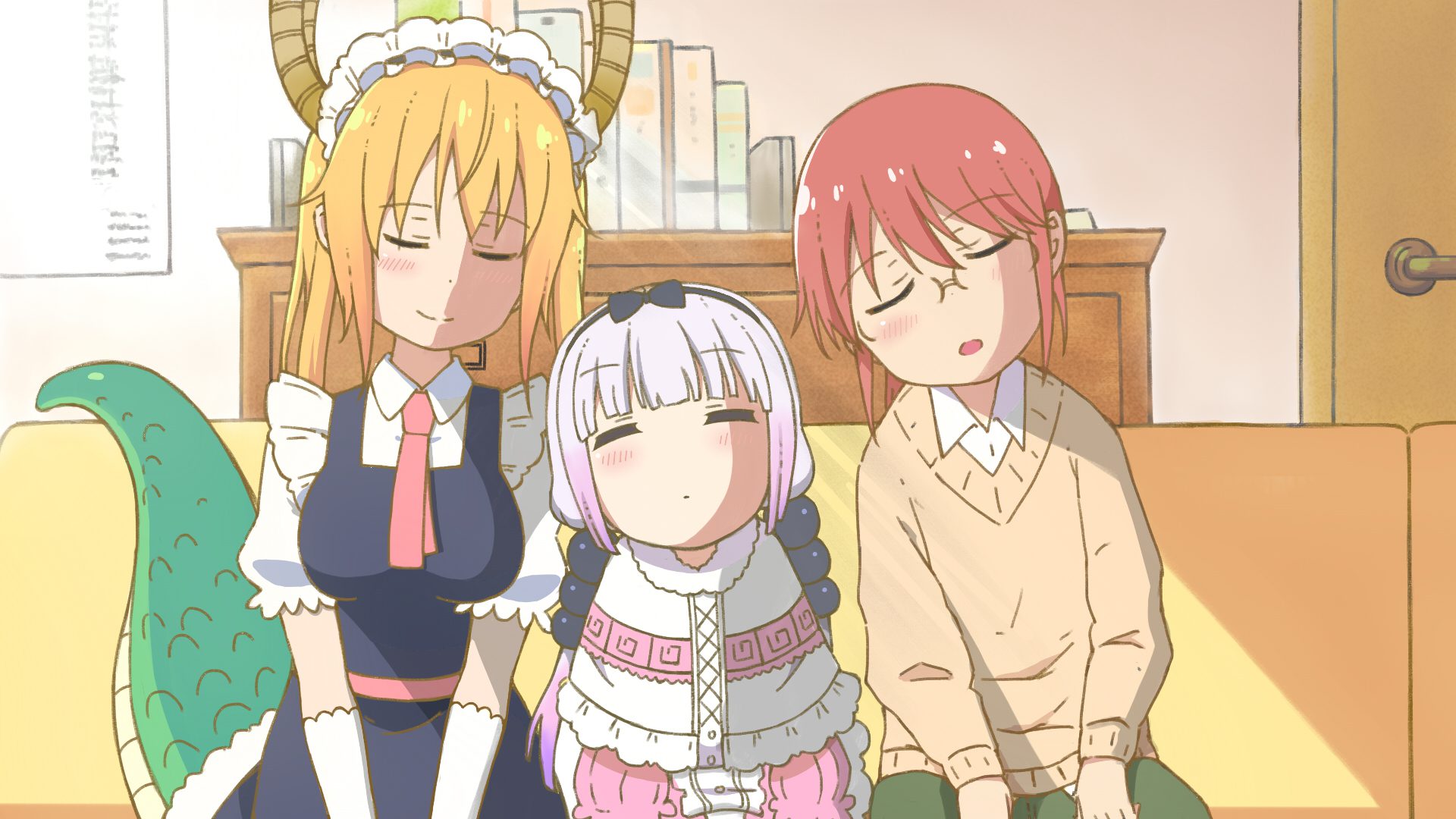 Tohru being an otherworldly being, invites spirits, dragons, and gods from another world, thus making her and Kobayashi’s life chaotic. Soon another dragon named Kanna comes to Kobayashi’s house. Kobayashi takes Kanna in and becomes her guardian. Both Kanna and Tohru start living and settling in the human world. Kobayashi starts thinking of them as her family.

As mentioned above, Tohru and Kobayashi made a deal. Tohru would be able to live with her in exchange for being her maid. Tohru does not know anything about the human world. Kobayashi teaches her how to behave properly. On top of this, Tohru develops a huge crush on her master.

Soon Kanna comes into the scene and starts living with Kobayashi and Tohru. The trio moves to a new apartment. Kobayashi throws a party in order to meet other dragons. There, we see Fafnir and Lucoa. Fafnir is an introverted dragon always giving off dark vibes. Lucoa is just the opposite of Fafnir. 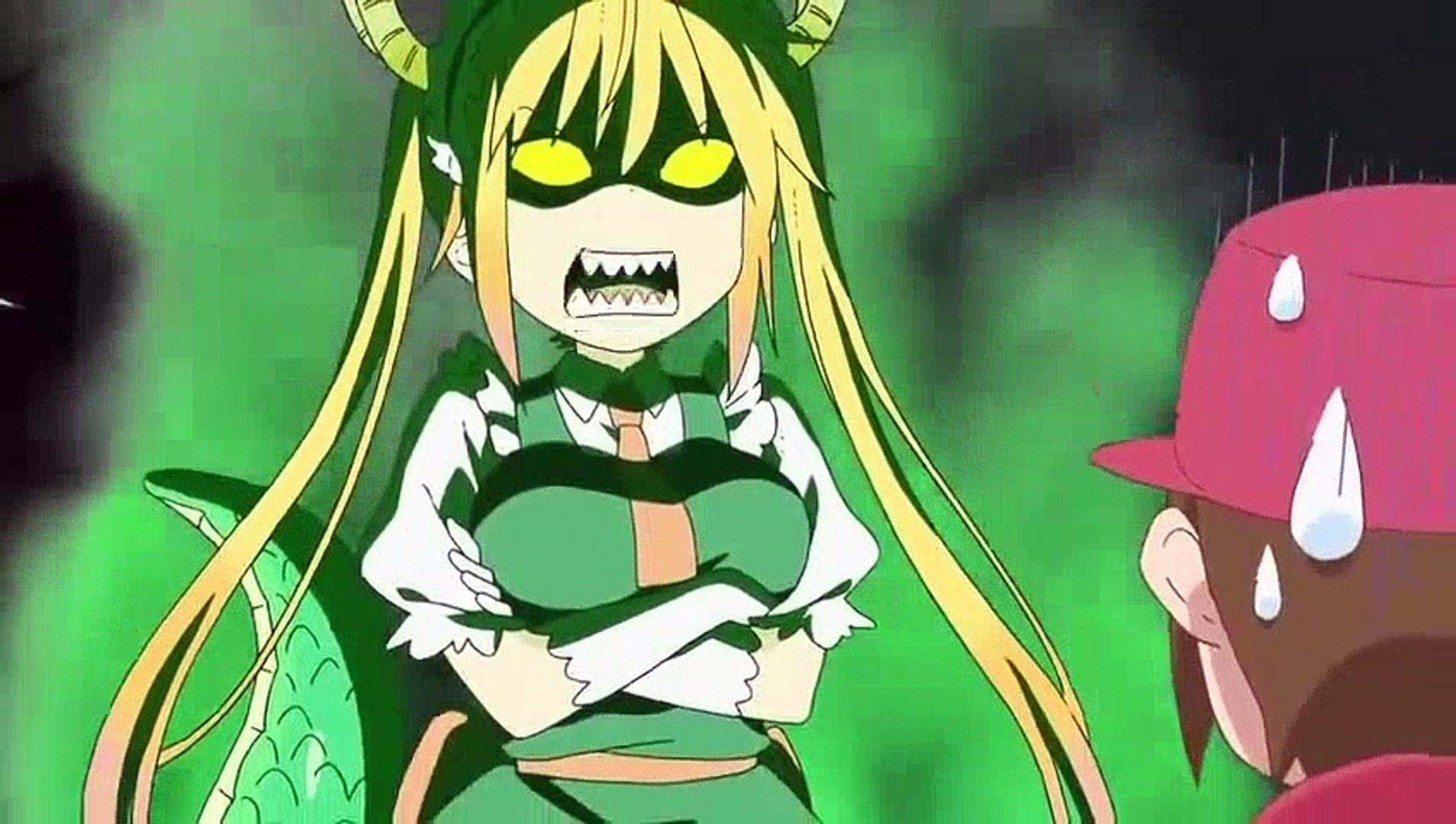 Later on, we see Kanna going to school and participating in a dodgeball match. We also get to see a dodgeball match between the dragons. Another dragon named Elma appears as a one-horned dragon. Elma tries to take back Tohru but fails. We see Tohru’s past. Further down the 1st Season, we see Tohru’s father, who comes to take her back. Towards the end of the first Season, we see Tohru’s dad accepting the way she is living. With that, Tohru and Kobayashi start living together.

All the fans were happy with the ending of the 2nd season. The 2nd season ended on a heartwarming and wholesome note.

In the last episode, Ilulu and Kanna talk about the upcoming school festival. On her way back home, Kobayashi notices how Tohru has adapted well to the new environment. She has made friends with many people and even helps them with their work.

Ilulu and Tohru fighting in the 2nd season

Later on, we see all the dragons at the school summer festival. They all split up to enjoy themselves by themselves. Kobayashi leaves the festival to meet Tohru. They both go for a walk while talking about various things. Kobayashi talks about how comfortable she is around Tohru and how much she likes her. Kobayashi asks how Tohru feels about all this. Tohru replies by saying she loves her.

Tohru sets up a party for her master. Soon she reveals that the party is set up for her and Kobayashi’s wedding. Hearing this, Kobayashi runs off, and others chase her. Just when we thought something was not right, we see Kobayashi smiling. This assures the fans that Kogayashi might not be running from the wedding because she does not want it to happen but maybe because she is shy or want to just tease her friends a little bit.

So far, there have been no official announcements regarding Miss Kobayashi’s Dragon Maid Season 3. The 2nd Season ended back in September last year. A 13th episode in the form of an OVA focusing on Kanna and her friend Chloe was released on January 19th, 2022.

Looking back at how much time it took for the 2nd Season (4 years) to release, a 3rd season cannot be expected anytime soon. The 3rd Season is almost sure to return because the manga has released plenty of chapters to be easily made into a new season. We can expect the 3rd Season to come out by 2024-25 at the earliest.

What To Expect From Miss Kobayashi’s Dragon Maid Season 3?

If the creators follow the manga thoroughly, then we’ll get to see the Dragon Ball arc. In this arc, Kobayashi, along with Tohru, Shouta, and Lucoa, go to London. They arrive in London for Shouta to attend a one-day magic school. 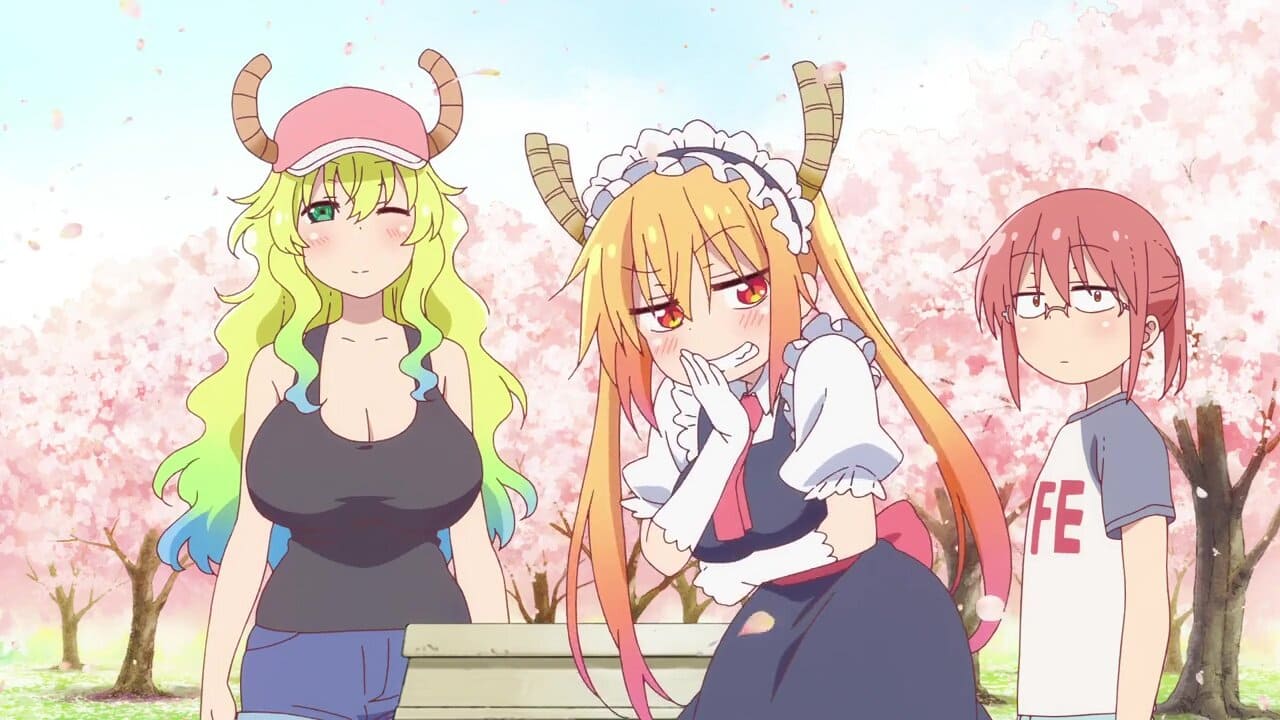 Kobayashi takes the magic exam and ranks first. Surprising to everyone as she even performs better than Shouta. On the other hand, the Dragon Balls have started gaining immense power, which can easily disturb world peace. With all this going we also see a developing relationship between Kobayashi and Tohru.

So, whenever the 3rd Season of Miss Kobayashi’s Dragon Maid drops, ready yourself for more fun, magic, comedy, and wholesome moments. The manga is currently running alongside four different spin-off manga. Fans can expect a lot of new movies and series and much more fun from the show in the coming years.