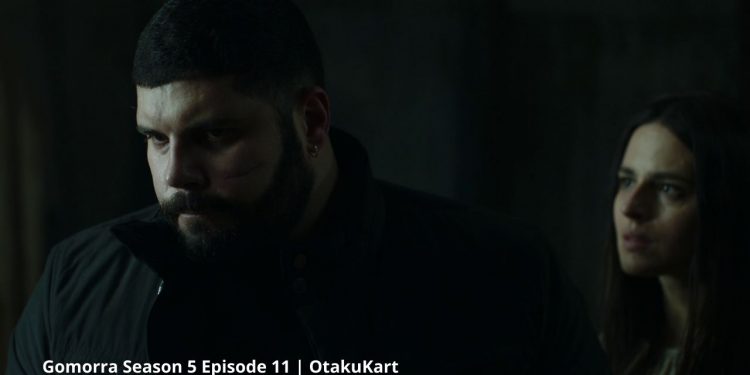 Gomorra Season 5 Episode 11 may or may not see the aftermath of the war between Ciro, Gennaro, and Nunzio’s deal. Well, Genarro was certainly on the fall of his empire after rising to the top of initially in the season. Ciro’s return from the dead certainly started changing things around. Recently on the show, Genarro realized the need to keep his son Pietro as the first priority always. For this, he was ready to give in and have his wife Azzurra and Pietro live a better life.

In order to do so, he not only agreed to let Ciro have all the control but also to surrender to Nunzio. Well, all Nunzio wanted was Genarro to be dead. He agreed to the deal, but it seemed like, towards the end, Ciro had a change of heart. Even he wanted to make Genarro suffer, but he backed off. Until shots came firing at them, resulting in some of them not making it to the boat. Here is what went down.

Previously on Gomorra Season 5, Genarro decided that he would give in, in order to make sure his wife Azzurra and son Pietro remain safe. Starting off with Nunzio, the widowed wife of O’ Galantommo, whom Genarro’s men killed back in an episode. She was looking for revenge for losing her son. Now she wanted to kill Genarro too and wanted to see the look of Azzurra and his son Pietro while she does so. But before that, he needed to get his son back. For security, Nunzio will have Azzurra until then.

Coming to Ciro, he brought Genarro in front of everyone to make an announcement. The one that saw Genarro officially kneeling down. Therefore, Secondigilano doesn’t belong to Savastanos anymore. It belongs to Ciro from now on. Before Genarro rescues his son and Nunzio kills him, he confesses wanting Ciro to be the one to kill him rather than her.

Also Read: Family Guy Season 20 Episode 11: What Will Go Down?

So, O’Munaciello leads the way to kidnap Sellero and take him to the location where Pietro is. Things get a little complicated over the place where O’ Munaciello not respecting Genarro results in him going violent. Luckily they bring Pietro safely. Meanwhile, Nunzio prepares for her chance to get hands-on with Genarro, but Azzurra tries to make her understand how this doesn’t change anything. Nunzio believes she can’t change the past to bring her son back, and killing Genarro is all she has.

At this point, Azzurra confesses she will take Pietro away from all of this. Nunzio, on her side, believes he will eventually find out, and she can’t do anything about it. On their way to the location, Nunzio is killed as Genarro’s family reunites. Ciro wants to take his revenge, too, but he backs off, and we see Nunzio’s men retaliating. Genarro sends Azzurra and Pietro safely back home, but while fighting with Nunzio’s men, both Genarro and Ciro die.

Gomorra Season 5 Episode 11 is not happening. Episode 10 marked the end of Gomorra Season 5. As of now, there are no official details on whether the show is returning for a sixth season or not. If it does, however, where the story could lead remains uncertain as well. For starters, the main lead Genarro saw his death, so there was no one to lead. Unless the show might have already filled in with Nunzio claiming that Genarro’s son couldn’t stay away from this mess, meaning, we may have a time jump and see how Pietro’s life shapes if Gomorra 6 ever takes place.