Will There Be Fear Street: Part 4, Is There More To The Story? 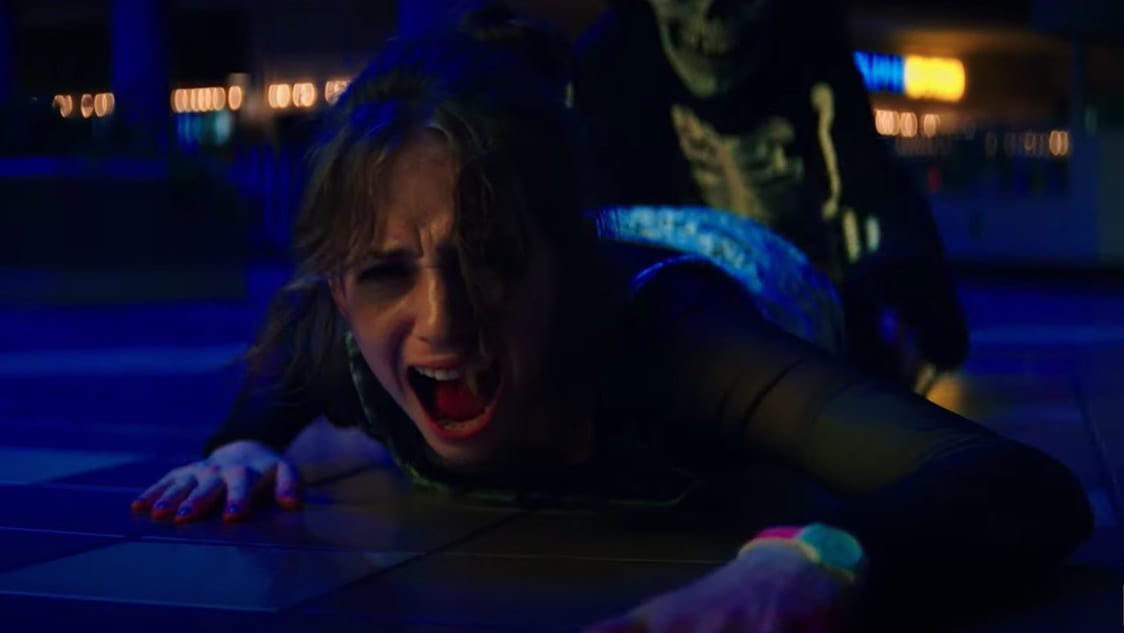 From Fear Street Part One: 1994 Featuring Maya Hawke as Heather

So recently, Fear Street completed its promised three-part movie run. Now the question remains after such a fun ride can we expect some more. Probably a Fear Street Part 4 or something. That’s what we will figure out today. We were missing that old high-school horror, and Fear Street was everything we were looking forward to. The past decade lacked what we call those old slasher films that incorporated characters like Jason and Freddy. Even the Halloween series had transitioned to a much more horror movie starring adults this time.

Fear Street might have made it or could’ve fallen trying to embrace this old-school genre. But somehow, this trilogy of movies easily captured the heart of the genre along with the ones of the audience. Each and every part coming became a success on Netflix. The story created was cool, and despite some criticism, we can’t ignore that it fulfills your horror weekend. So the next Fridays won’t be the same as the trilogy has wrapped up. But let’s see if we can wait for another one of its kind in any time future.

Should We Expect Fear Street: Part 4?

Well, at the moment, the story of Fear Street doesn’t plan to continue anytime, but in the future, yes, it will. The story it wanted to tell finished with Fear Street: Part Three 1666. But also leaving a tease at its end that someone else will take turn to bring the wrath of the witch back. Apart from the story’s point of view, the trilogy itself was a hit that no one can deny and viewership has rose with each part topping the top 10 Netflix charts in each country. So it’s inevitable for Netflix to bring something more like this to the screens. Also, there are several teases from the creators as well as the story of the film that says there is more in the bottle.

First of all creator, Leigh Janiak has already in an interview teased the experience of pitching the movie in the first place. She remembered talking about how this could be the Horror genre’s Marvel Universe. Much like The Conjuring is at the moment, this way, Netflix may have its own as well. Every time a new trilogy with characters often crossing over or having a seamless connection is something we could look forward to if we have Fear Street Part 4. If not the same title, some different title or trilogy with some notions of this one. Thus, forming Netflix’s horror universe.

If Netflix is interested, we are aiming for Fear Street Part 4 or any title they choose to come around by Halloween next year. Although Fear Stree, despite being a horror movie, didn’t come around Halloween time, it came in mid-2021. We believe in the success of the trilogy. Definitely, the creators will invest more creativity and more in-depth storytelling to top the already released content. So expecting a similar release date to the first trilogy for Fear Street Part 4 doesn’t make sense. It’s great if they take it out early, but late 2022 or Halloween, where much Horror content makes their presence felt, is the best time to release Fear Street: Part 4 ifs coming.

What Could Be The New Fear Street About?

There are two different plots we can predict for Fear Street: Part 4 at the moment. If the trilogy is hoping to continue the story, Fear Street: Part 3’s post-credit scene has given enough. We saw someone stealing the witch’s book. Meaning a similar massacre is not far away. As we look at the timeline of the Fear Street trilogy, the closest was 1994. So we can expect Fear Street to move a little further into the future and bring us to our times in the present day and how this folk tale could haunt Shady Side again despite putting it to rest.

The second plot would be to instead of going back to the same story which audiences know-how might end. Like Leigh Janiak talked about the Horror universe, they could focus on some other town. Much like Shadyside that has a history with paranormal and folk tales, and could explore those aspects. Yes, easter eggs from Fear Street’s first trilogy would be inevitable, and this storyline might need to take some cues from Shady Side hauntings to solve their case. Thus completing the universe they wanted. But until then, you can still rewatch Fear Street Trilogy anytime on Netflix now.