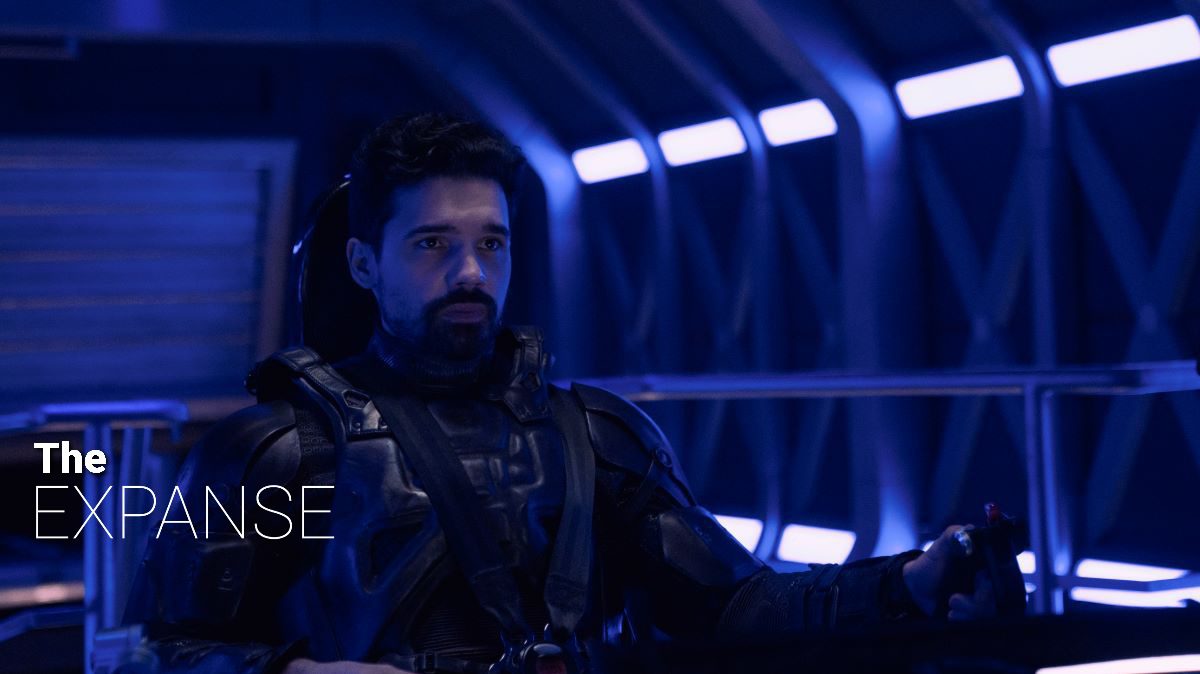 Holden in "The Expanse" season 6

‘The Expanse’ Season 6 wrapped up with the inevitable war finally breaking out and the Rocinante blitzing into the battlespace. Holden and the team’s role in the taking of Marco’s battalion of ships are integral. Drummer leads the attack, and Holden’s plan B goes into motion. Amos and Bobbie lead an all-out gun-blazing assault. Finally, Naomi’s suggestion to obliterate Marco and the group goes into motion, and we witness an epic finale.

However, as great of a finale episode 6 was, there was a slight disappointment among fans. The disappointment stems from just how short the episode was. Additionally, the finale also ends with some tease for a possible continuation. So, what is it? Are we going to get more of ‘The Expanse’ in the future? Or is it goodbye for now? Let’s find out and recapitulate what went down in episode 6 of ‘The Expanse’ season 6. Spoilers ahead!

Everyone aboard the Rocinante in “The Expanse” season 6

Episode 6 kicks off the climactic battle. The episode opens with the girl at the Laconian planet. Just like her bird was previously healed by the dog, now her brother is too. The dogs have healed him back to health, which stuns the parents. The father tries to observe this strangeness. Further, he slices his hand, which heals in a moment. He then proceeds to lock the boy in a room, but Cara eventually helps him break free. We then move to the war. Avasarala is heading a meeting to discuss the strategy.

The strategy is simple, leading an assault head-on. However, Holden has a plan B which involves capturing Marco’s railguns. We then cut to the Free Navy. Filip is back on board, and he’s got his authority back since the battle has officially begun. Meanwhile, back at Rocinante, Peaches discovers harrowing news about her health. She’s suffering from an incurable condition called CESC. The condition is a consequence of using mods. Another major blow is the fact that she’s got about five more years to live.

The war official breaks out. Drummer leads the attack on the Free Navy. They fire at Pella, and it suffers some damage. However, Drummer’s group found that it wasn’t Pella that they all just fired at. It was merely a ruse. Marco’s side retaliates, and there are losses on both sides. Rocinante goes for the Ring Station. They start their attack by unloading the cargo containers in the direction of the station. Bobbie, Amos, and others head to the station, hidden in the containers. The plan works, but the rail gun deactivates Rocinante’s reactor. Peaches decide to fix up the reactor and, in doing so, suffers injuries herself.

Bobbie and Amos get out of the containers and engage with the enemy head-on. There’s a hellish exchange of gunfire, and many people die. Bobbie starts out an all-out onslaught, with the enemy giving it back to her. They start to overwhelm her when Holden arrives to support her. However, it will not suffice. Rocinante eventually arrives and helps them. The rail guns are destroyed. Duarte informs Marco that the Laconian system ring is closed, and he has no need for him. Filip checks out the heavy casualty and shares his conscientious thoughts about it to Marco, who can’t believe that he’s still like that.

Anyway, Marco gears up and fires everyone up for the battle. Meanwhile, at the Rocinante, Naomi suggests a plan — triggering the Ring entities. And so they finally launch an attack. Marco and his group of ships get eviscerated, and the war comes to an end. After the war, Avasarala holds a meeting of the inners and the belters. Drummer wants a place and power, a voice for her people.

Avasarala promises it and makes her the vice president of the independent Transport Union presided by Holden, who was chosen because he’s on nobody’s side. However, Holden makes Drummer the president after getting his position. Avasarala confronts him, and he says that it’s the only way they’ll achieve peace. Meanwhile, we learn that Filip managed to escape the last attack, and he still lives. This leaves the show with some chance of continuation in the future.

‘The Expanse’ Season 6 Episode 7 may not have a release date, but there might still be some hope for the series to make a return. The last episode ends with some threads loose in the canon. Filip is not dead, and there’s something that could be worked with. Apart from Filip, however, there’s a lot that can still be explored. We also didn’t quite get enough time with Naomi, Holden, Amos, and others after the war. Taking it all in, the journey, the pain, the loss, the relief, and reflecting on all that has transpired deserved some more time. That definitely makes the itch for more content even stronger. However, the beloved sci-fi series ended with what was definitely a fitting conclusion, albeit a short one.