Will There be a Solo Leveling Chapter 180? Latest Updates from D&C Webtoon

Will Solo Leveling manhwa get Chapter 180 or a sequel series? Is it really the end of Sung Jin-Woo's journey? 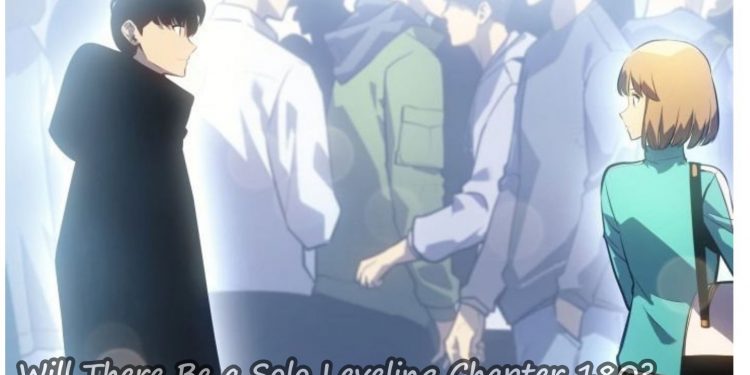 Will there be Solo Leveling Chapter 180?

The final chapter of Solo Leveling ended with Sung Jin-Woo stalling the Dragon King Antares till the Ruler’s army arrived. Sung Jin-Woo knew all along that he didn’t stand a chance before the army of Destruction, so he contacted the Rulers through their vessels and asked for their help. Soon, the angel’s spears stabbed Antares from all directions and turned him into ashes.

Well, Jin-Woo had the option to be the hero who saved Earth from the Monarch’s invasion, but he had his own ways. He felt that too many lives were lost in the battle, and he couldn’t shoulder this immense loss. So, he asked the Rulers to turn back time using the Cup of Reincarnation. He wanted to take care of the Monarchs and their armies in the dimensional gap all by himself. He eventually succeeded in doing so and returned back to an Earth where no one bears superpowers. With that in mind, fans are wondering if there will be a Solo Leveling Chapter 180.

Is It A Fitting End for Solo Leveling?

Humans were given divine powers for the sole purpose of survival during the fateful war between Monarchs and the Rulers. Now that Sung Jin-Woo promised to take care of this rivalry all by himself, there was no need to provide humanity with unnecessary powers. It would have created more chaos with higher criminal activities. The ending beautifully portrays that you don’t need superpowers to live the life you desire.

For example, Cha Hae-In is still the lively girl who is trying to give her best, and Director Go Gunhee is as workaholic as ever, even without having any Hunter Association to look after. The only person who lost his innocent smile and has become the resemblance of darkness is Sung Jin-Woo himself. The fact that Jin-Woo didn’t lose his memory or powers keeps the possibility of a sequel alive. Thus, we can say that Chapter 179 was a fitting ending to Solo Levelling. Moreover, it was very heartwarming to see Jin-Woo and Hae-In meeting each other for the first time again. With or without powers, Hae-In is the one Jin-Woo searches for in a crowd.

Will There Be a Solo Leveling Chapter 180?

No, there won’t be any Solo Leveling Chapter 180, at least not anytime soon. D&C Webtoons have officially ended the serialization of Solo Leveling, which confirms that the legendary series has finally come to an end.

However, there’s more to it. In the original Web Novel, there’s an epilogue that follows the events after the war between Rulers and Monarchs. Sadly, neither D&C Webtoon nor KakaoPage has officially confirmed about manhwa adaptation of the Solo Leveling Epilogue. Thus, chapter 179 can be the end of the epic journey of Sung Jin-Woo, but fans refuse to give up all hopes just yet.

The official Twitter account of D&C Webtoon has released a teaser video for Solo Leveling’s upcoming OST. The much-awaited OST will be performed by K-pop group The Boyz and is expected to release worldwide by February 2022. Maybe this is the franchise’s way of consoling the fans who are heartbroken after their favorite manhwa ended.

Will Solo Leveling Get Anime Adaptation?

With manhwas like Tower of God, Noblesse, and God of Highschool doing wonders in the anime industry, the chances of Solo Leveling getting an anime adaptation is higher than ever. However, there’s no official confirmation about that. I would suggest you not get your hopes high since the anime adaptation would have been already under production if the franchise had planned for it. Moreover, the way the Japanese government was portrayed in the Jeju Island arc may give rise to controversies after getting adapted. So, the studio animating Solo Leveling must be very cautious with the sensitive storyline.

What is J.R Smith’s Net Worth? The Retired NBA Player’s Earnings in 2022