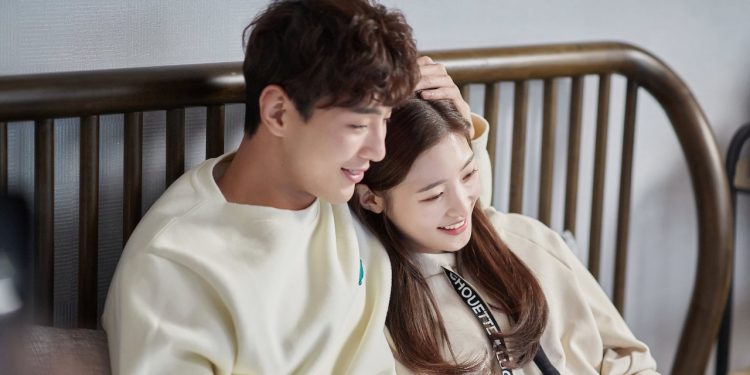 It’s no lie that people are finding solace in their favorite TV shows after getting stuck in their homes because of the pandemic. School and college k-drama seems to be the only escape for the Hallyu fans as they try to imagine what their on-campus life could’ve been if it wasn’t for the pandemic. ‘My First First Love’ is one of the k-dramas that made fans dream about their college time as the story left them wishing for more. Almost two years have passed since ‘My First First Love’ came out with its two seasons. Fans still have some hope for an upcoming season 3 of ‘My First First Love’. But will it ever come? Here is a look at all the updates!

The story of two childhood friends, Yoon Tae Oh and Han Song Yi, started back in 2015 with the drama ‘Because It’s My First Time’. As they grow up and start college, they realize that life is not easy anymore. As love triangles, unspoken feelings, awkward silences, and unexplainable things start making themselves known in between friends. But moving another year into college and solving some of their feelings, the friends decide to live together. Tae O, Song Yi, Do Hyun, Ga Rin, and Hoon start living together. But feelings take their charge again!

How Did ‘My First First Love’ Season 2 Ended?

After turning 20, Yoon Tae O finally got the chance to live a life. Coming from a family of a busy and always unsatisfied father and a passive-aggressive stepmother, Tae O was excited to move out for college. Along with some restrictions, he finally got his grandfather’s old house to himself, along with the most beautiful and popular girl Se Hyun as his girlfriend. And with that, he kickstarted his adulthood journey. But his dreams of living alone shatter quickly when his friends move into his house because of their own problems and have nowhere else to go. And by the time we reached the break time, Tae O had come to the realization about his feelings for his childhood best friend, Song Yi. But it was too late for him as Song Yi was already dating his best friend, Do Hyun.

And being a mature adult, Tae O decides to do the bare minimum and doesn’t let his feelings interfere with the relationship of Song Yi and Do Hyun. Even he tries to hide his feelings so hard, it doesn’t really happen. And everybody in the house ends up noticing that childhood best friends have been hiding something. It was their feelings and affection for each other. And the affection has always been there, but it was just us who were too blind to see that because of the changed context. The way Tae O has always been there for Song Yi since the start. Let it be the time when he stayed beside her and took her in when she got abandoned by her own mother. Or the time when he came to rescue her from a creepy college senior.

Also Read: Scenes From a Marriage Season 2 Release Date: Will There Be A New Season?

How Did Tae O and Song Yi Get Together?

And with time and complicated feelings, Do Hyun started falling out of love. And Tae O’s girlfriend ended up giving him an ultimatum that it’s either her or Song Yi. But Tae O and Song Yi started getting closer. And as we reach the end, the best friends become free from their relationships and finally confesses. Along with the lovers, the friends move on with their lives too. Tae O’s dream girlfriend Ryu Se Hyun breaks up with him as he has feelings for somebody else. But it wasn’t a messy break-up. As she was leaving the country, the former couple decided to stay friends. On the other side, his friendship with Do Hyun was cool too. Wishing his best friend and former girlfriend happiness, Do Hyun went on to move out and follow his dreams.

Tae O went on to confess his love to Song Yi on a shopping trip. As they went out to buy a suit for her interview, he kept on showering her with compliments. As she asked him why is he calling her pretty, he just told her that doesn’t want to waste any more time and confessed his feelings. The next day, Ga Rin left, too, as her father was back in the country. While Hoon finally talks to his mother and has an emotional reunion. While Song Yi, too, makes up with her mother. All the friends meet up after a month, a space created by Ga Rin just like the place they used to live at. She re-made the space that helped her in the hardest times to help others when they needed it!

Will There Be A ‘My First First Love’ Season 3 Release Date?

Unfortunately, there’s not going to be a season 3 for ‘My First First Love’ considering that the show ended on a happy note. The lovely cast has also moved on with new projects and other life events. While there has been no word from the production team or the network about another season being in progress, we saw all of Tae’s friends moving out and having a life of their own. So there’s nothing much left to cover in the new season. Going through adventures together, Tae O, Song Yi, Do Hyun, Ga Rin, and Hoon grew up together and went on to start their adult life that we all dream of starting after college.

Also Read: Irina: The Vampire Cosmonaut Season Finale and Ending – Will there be a New Season?

The Cast and The Characters: Where Are They Now?

‘Strong Woman Do Bong Soon’ fame Kim Ji Soo becomes the male lead, playing the role of Yoon Tae O. Making his acting debut on stage in 2009, the actor shot to fame with the k-drama ‘Angry Mom’. After the show, Ji Soo was under many controversies that included fake harassment cases and school violence rumors. This led to the actor terminating his contract with his agency. Kim Ji Soo went on to enlist in the military in October 2021 and is serving as a public social worker currently. ‘The King Affection’s fame Jung Chae On plays the role of Han Song Yi. Part of the girl group IOI, Chae On rose to fame as an actress with the ‘My First First Love’ series. As her recent Netflix drama has ended, the idol has nothing on her plate for now.

The former leader of the Korean boy band B1A4, Jung Jin Young, plays the second male lead, Seo Do Hyun. Currently, the singer-actor is working on his solo career that includes acting too. Recently, he was seen in the 2021 k-drama ‘Police Academy’ as a second lead. ‘Spirits Homsecoming’ fame Choi Ri took over the role of Oh Ga Rin, who is an heiress to a rich family. Currently, the actress has a few supporting roles lined up for her in the upcoming k-dramas. Former ‘5urprise’ member Kang Tae Oh plays the role of Choi Hoon. A college student who wants to be a theatre actor. After ‘My First First Love’ ended, Kang Tae has gotten a number of k-dramas like ‘Run On’ and ‘Doom At Your Service’ to his name. Currently, he’s working on the upcoming k-drama ‘Weird Lawyer, Woo Young Woo’.

Where To Watch ‘My First First Love’?

‘My First First Love’ has two seasons, and both seasons are available to watch on the streaming platform Netflix. Both seasons have eight episodes each, with every episode having a runtime of around 55 minutes. When there’s not going to be any season 3 for ‘My First First Love,’ binge-watching the first two seasons is the only last resort fans can take, which doesn’t seem that bad either!