Will The Walking Dead: World Beyond Season 2 Episode 11 Happen? 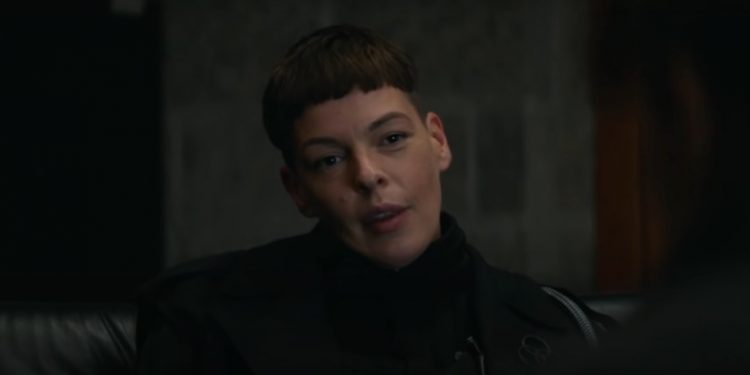 I’m sure that chapter 10 left you wondering what happened to the group after blowing up that tunnel, escaping the CRM headquarters, fighting off those zombies, and heading out. Moreover, is there a The Walking Dead: World Beyond Season 2 Episode 11? And if so, when is it airing? Additionally, episode ten left us with a lot of intel regards of how the virus spread and how the zombies came about.

In Episode 10, titled “The Last Light”, Jadis went totally berserk and evil —way more than usual, mind you— she used signals intelligence to cut off all radio comms, putting in jeopardy her own CRM structure. Alas, the group managed to escape. And Dennis, he made it out! The man is still alive, Iris and the others have an antibiotic dose for him. Is there hope for the escaping group? Let’s find out!

The Walking Dead: World Beyond Season 2 Episode 11 isn’t happening because the series concluded with chapter 10. Firstly, this show’s second season debuted on September 26, 2021, with episode 1 titled “Konsekans”. And concluded on November 28, 2021, with episode 10, titled “The Last Light”. The remaining members of the group that fled the CMR headquarters tried to fight back the zombies and enemies after blowing up a tunnel, on their way for an uncertain future, still chock-full of zombies.

In regards to the third installment of this fan-favorite spin-off of a world full of zombies and human conspiracies, there’s no hope of renewal. The production crew made it clear since the get-go that World Beyond would be a limited two-season series. Consequently, the program was never intended to go beyond a second season. Despite showing us how was it that the zombies came about to the TWD universe. Still, the show is notable for giving us a perspective of how the zombie apocalypse looked beyond the borders of continental America.

The Walking Dead: World Beyond Trailer:

Where to Watch The Walking Dead: World Beyond?

Now that we cleared the smoke in regards to an eleventh episode, you can binge-watch this bad boy. Where to do it, you ask? We got the answer for you. If you have a cable subscription, navigate to the AMC website or use its app. If you’re not sure of how to do that, reach out to your provider. Alternatively, you may watch the show from platforms like DirecTV, YouTube TV, Philo TV, and Fubo TV. Lastly, you can watch the program if you have an AMC add-on to your Amazon Prime Video subscription.

Jadis decided to kill radio communications for the CRM, putting in danger even her own group. On the other hand, Dennis is still alive after all. Silas, Hope, Elton, and Iris managed to get him the dosage of an antibiotic, and they needed to run away a couple of miles from the blast. Remember how the escaping group managed to blow up a tunnel on their way out in the last episode? Well, they’re facing the fallout from that.

Huck and Hope want the people within the CR to know what the military is doing. But that’s a loose end in the narrative. Just when the group is about to leave, Silas changes his mind and stays behind. While out in the sticks, Felix jumps in the nick of time to give a hand to Leo as he struggles with the truck. But all of a sudden, the CRM shows up with Newton armed to the teeth. So, Newton lures them away, he manages to lose them, only to find a bunch of zombies.

Felix manages to turn the zombies to Newton, sticks a spear in Newton’s body, and that was the end of him. Back at the CR, Silas and Elton say their goodbyes to the children. And the team discovers that Jadis interrupted the radio signals, so they had to search for a manual detonator. Later on, Jadis starts a carnage battle with Huck in the Culling Facility. In the end, Jadis stabs Huck and escapes before the blast.

In the fallout of the blast, Elton tried to protect Hope and got bitten. As his wound worsens, the CRM arrives and suggests that Silas shoot him so that the CRM would regard him as a hero rather than a traitor. Silas grants Dennis’ wish and is kidnapped in a stunning tear-jerking scenario. He runs across Jadis once more, who does not accept his falsehoods about loyalty to the CRM. Silas, though, joins a soldier because she sees potential in him.

Jadis meets with Elizabeth and informs her of Jennifer’s death. The intense discussion is cut short as Jadis reports that Elizabeth has been arrested and prosecuted with treachery. Jadis blames her for bringing Hope and her children into the CRM, resulting in the terrible disaster that ensued. Jadis appears to regard her as inferior and untrustworthy of the cause. Elizabeth is properly furious, but she doesn’t have a choice. She is imprisoned, and her fate is unknown by the end of the series.