Will Shin and Kiriya’s Rivalry End In 86 EIGHTY-SIX Part 2 Episode 10? 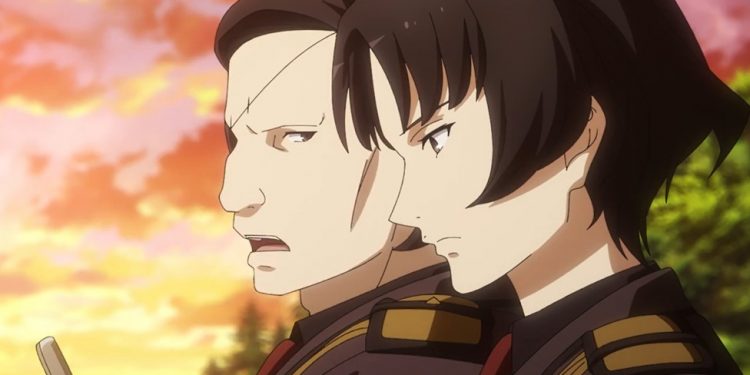 86 EIGHTY-SIX Part 2 Episode 10 has returned after the anime delayed the recent episode due to the special episode. The war between different nations continues while Shin continues to fight for his beloved ones and nation. He knows that the war is far from over since Kiriya keeps slipping from his hands. 86 EIGHTY-SIX Part 2 reveals the rival between Shin and Kiriya were Shin wants to kill Kiriya and ends the war since his goal is to live in a peaceful country. In the recent episode of 86 EIGHTY-SIX Part 2, Shin had trouble locating Kiriya since Kiriya’s battle tactics are weird. But Shin continues with the attacks.

Kiriya uses the second Morpho gun, but Nordlicht avoids Morpho’s attacks and attacks with a similar attack. Shin moved since he learned that he was at a disadvantage. When he moves back, he bumps with Kurena, who knocked him, and Kurena attacks Shin without seeing him. Kiriya receives orders from the higher-ups who say they are withdrawing since they have already lost a few men and have also been hit by a surprise attack. Kiriya decided to escape while luring the enemies away. Shin and his crew notice that Kiriya might escape and decide to block him.

The rest of Nordlicht stays behind and blocks the Legion reinforcements path. Meanwhile, the main Federacy force advance reaching Grether’s location. They meet with Grethe and the Nordlicht survivors but cannot reach Shin and help him with any support. Shin and his group rested and discovered that Frederica hid inside Fido’s cargo trailer. They talk about Frederica’s matter and disagree; Federica joins them and reveals that she travels. They agreed, even those she made the mad.

The episode title is “Together Unto Death.” Shin agrees since they cannot leave her alone, and he talked with her Federica has realized that there is a reason behind her hiding. Shin and his team continue to chase the Morpho, with Frederica joining them. Meanwhile, the Federacy and other allied nations began to prepare for diversionary attacks on the Legion to send their focus away from Shin. Grethe arrives and joins the frontlines with the group of Nordlicht. They have new suppliers and get ready to assist Shin.

Meanwhile, at Legion territory, Raiden meets with Shin and talks about Shin’s behavior during the battle. Raiden reminds Shin that he might put them in danger with his fighting techniques since it leaves an opening. He told Shin that they must fight as a team and care about their health. But his team will always support him, and there is no need to burden him by fighting alone. The unit continues to pursue the Morpho, Frederica talks with the team about the ocean, and they all promise that they will survive and head to the ocean together after the battle.

Frederica and Shin met; she consoled him since she was afraid to lose and that Kiriya must rest. Frederica reminds Shin about the future. She adds that there is nothing to be afraid of since Shin has friends to support him, and no one knows what will happen as long as they are prepared.  However, Shin replies that he has passed countless death experiences at Shourei’s hands. But he has no desire and feels like he is dead. Somewhere in the city, a strange person talks with Kiriya and reveals the enemy forces after Kiriya.

Where is A Bad Mom’s Christmas Filmed? The American Christmas Comedy