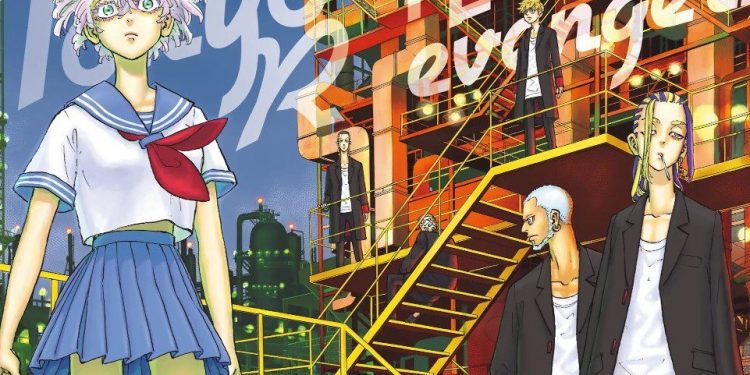 Tokyo Revengers Chapter 235 reveals the aftermath of the battle between Three Deities. Mikey continues to punch Takemichi’s face and aims to kill him. Takemichi tries to talk with Mikey, but he can’t do anything. Mikey has already killed South and wants to punish everyone around. But they left the amusement park; later, we saw Takemichi with a broken arm and bandages all over his face at the hospital. Tokyo Revengers has been in the battle between Three Deities for a while, but things have been settled after Mikey killed South.

Takemichi appears lying on the hospital bed and wonders what has happened to him and how Mikey is doing. He heard the voice asking him if he was awake and when he looked, he found that it was Coco. Coco reveals that Takemichi has been in a coma for three and Takemichi thinks he has just arrived at the hospital. Takemichi realizes that Mikey has been breathing him to a pulp and asks Coco why he is still breathing. Coco inhales the air and reveals that Senju interfered when Mikey beat Takemichi and saved him.

During that time, Senju jumps in front of Mikey, telling him it is enough and tries to protect Takemichi. Senju bows in front of Mikey and begs him to stop. Coco knows that Senju had no match for Mikey, and she is not in good shape to fight. Senju put her head on the ground and decided to disband BRAHMAN to end the conflict. That made Kantou Manji Gang rule as the top in the nation. Mikey accepted that offer and decided to leave Takemichi. Coco decided to leave at the hospital since he had seen that Takemichi had woken up.

The chapter title is “There Is No Mending.” Coco leaves the room and reminds Takemichi to know about the aftermath of the battle. Takemichi realizes that Senju sacrificed BRAHMAN to save him and wonders what will happen to Mikey. He realizes that Mikey has changed and he will kill him and wonders what made Mikey change and become a killer. Takemichi wonders what he is doing, and he is supprises to see Chifuyu entering the room. Chifuyu bows his head and pities Takemichi. He talks about Draken’s funeral and that he attended the funeral.

Chifuyu reveals that he is bothered by everything that happened and asks Takemichi what is happening with him since he met with Draken in the future, but Draken has died in the past. Takemichi remembers the day Draken died and realizes he asked why Draken returned to the past when things were going well in the future. Chifuyu blames Takemichi for Draken’s death. Takemichi accepts that, and Chifuyu apologizes.  He told Chifuyu to leave the room. Chifuyu told him to recover soon, and then he will beat him. Hina arrives and finds Chifuyu leaving the room.

She wonders why he is leaving since she has just finished her task. Chifuyu told her that it was fine. Hinata wonders what happened between the two. She looks at Takemichi from a distance. Takemichi apologizes and vows that he will never let anyone get involved. Takemichi decided to fight without anyone the next time since they might get hurt. Mikey has beaten him since he believes that if Takemichi didn’t travel from the future and past, Draken would not have been killed. Hinata was carrying flowers for Takemichi.

You will be able to read Tokyo-Revengers-Chapter 235 online on various websites. The spoilers and the next chapter will arrive this coming Tuesday. Tokyo Revengers Manga has not revealed the official platforms to read the latest update and chapter of the manga. Let’s meet when Tokyo Revengers Chapter 235 is released.