In this article, we speak about Sakura Matou's death in Fate series and Shirou's quest in the Holy Grail. 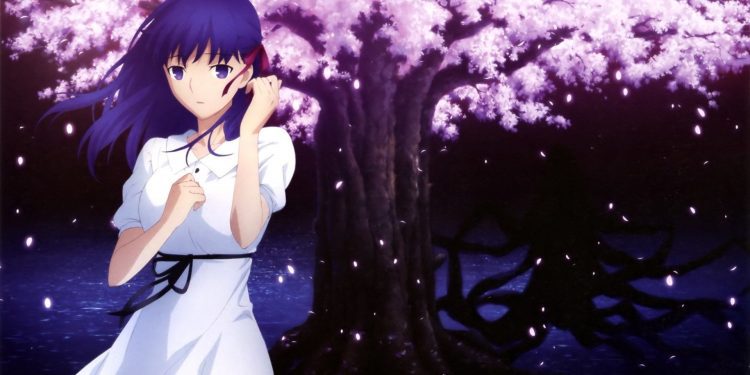 Sakura Matou is introduced as a friend to the protagonist Shirou Emiya, who had entered the Fifth Holy Grail War against his will. The plot develops with a possible romance between the two. Sakura remains a minor character until the third route of the series. She goes on to reveal her darker side and forms a stronger bond with Shirou. Sakura is a participant in the Holy Grail War as well. However, Sakura gets vilified by a mysterious shadow and becomes a threat to Shirou. Now, it is up to him to kill her or let her live. Will Sakura Matou die in the Fate series?

The Japanese visual novel features heroes with unique combat abilities. They are generally called Servants and have to face deadly mages. The Fate/stay series was originally created by Type-Moon in 2004. It is a visual novel that tells the story of Shirou Emiya. He was saved by Kiritsugu Emiya after discovering him in the rubble of his destroyed hometown. His only will to fight in the Holy Grail is to prevent the Fuyyki Fire from spreading out.

Saber is one of the main characters in the Fate route. Saber is Shirou’s servant for the fifth Holy Grail. Rin Toshaka, a shy high school student, is one of the mages and a Master in the Fifth Holy Grail War. She is reared by Tokiomi Tohsaka, a master sorcerer. Sakura Matou, who plays a minor role at the beginning of the series, has a dark past. She is the blood of Tokiomi Tohsaka and sister to Rin. Gilgamesh is an archer that served under the Tohsaka’s in Fourth Holy Grail. He gains a physical form after contact with Angra Mainyu and feeds off the lives of half-dead orphans. He was also the main villain in the first two routes of Fate. In Heaven’s Feel, Sakura kills and consumes Gilgamesh after their fight.

Sakura Matou has made several appearances in the series in Fate/hollow ataraxia, the light novel Fate/Zero, and a couple of Type-Moon works. But, her character got the most depth from Heaven’s Feel route. Animated by Ufotable, Sakura was crafted by Kinoko Nasu, the creator of Rin Tohsaka. She has been voiced by Noriko Shitaya. Takashi Takeuchi created the first sketch of Sakura. The response for this character is all-positive. The Heaven’s Feel route had added real depth to her character. The first part of Heaven’s Feel, presage flower premiered in October 2017. The second (lost butterfly) and the third (spring song) were released in January 2019 and August 2020, respectively.

But, Sakura Matou dies a very peaceful death at the end of Heaven’s Feel. Sakura’s initial story talks about her being in high school. She is the sister of Shinji Mato. After the death of Shirou’s father, Kirtisugu, Sakura starts seeing Shirou and develops a long-standing crush on him. However, it was later on revealed in Heaven’s Feel that Sakura was subjected to torture and abuse by the Matou family. Zoken Matou had even planted a piece of the Grail in her and turned her into Black Grail. As a result, the Servant Angara Mainyu or The Shadow could manifest himself through her body.

Following this incident, she used to turn into The Shadow at night and went on a killing spree. Due to this and the previous effect of the magus priest Kirei Kotomine, Sakura could transform herself into a despicable and heinous Dark Sakura. She had thought of sacrificing herself to kill Angara Mainyu but, as she realizes that Rin is her actual sister, she gets enraged and unleashes hell. However, in the route’s Normal End, Sakura turns crazy after Shirou’s sacrifice at the Grail’s destruction. She lives the rest of her life in the Emiya house and dies waiting for Shirou to return back to her. In her final dream, she sees Shirou waving at her. But, the manga follows a different storyline altogether. There, in the end, she is killed by Shinji.

Sakura Matou’s initial story talks about her being in high school. She is the sister of Shinji Mato. After the death of Shirou’s father, Kirtisugu, Sakura starts seeing Shirou and develops a long-standing crush on him. But, one thing that is kept secret is, Sakura is the biological sister of Rin Toshaka. Her father, Tokiomi Toshaka, is a great sorcerer and, thus, is essentially Shirou’s foe. Tokiomi chooses Rin to be a sorcerer to carry on the family tradition. As a result, Sakura had been adopted by the Matou family while her sister took to sorcery. Shinji Matou, who was incapable of sorcery, is not even related to Sakura.