Sakamoto Days is Shounen Jump’s brand new action-comedy series. The series follows a former gangster who leaves his former life as he falls in love. Gangsters in Japan are called Yakuza. Yakuza comedy anime are getting a lot of attention right now. This is majorly due to the success of “The way of the Househusband” anime. With the increasing popularity of such series, we can expect more adaptations. The audience has been receiving this series very well, and the manga has received raving reviews from critics as well. If you are a fan of action-comedy series, you will love this series.

The series combines action and comedy very well. It uses dark comedy very subtly. The overall feel of the show never becomes very serious or dark-toned. All of the main characters are very well fleshed out, which adds to the fun. Action scenes and visual aesthetics of the series are top tiers as well. All of these elements pose a good possible anime adaptation. With some good voice acting and animation, the experience of his series could reach another level. Since the series is so interesting from the first chapter, the first episode could be a banger as well.

Yuto Suzuki is a writer and illustrator. The author’s earlier work includes; Garaku and Locker Room. This manga started in November 2020 and has sold over 500,000 copies of its fifth volume. The series has won the prestigious U-Next manga award. One of the major reasons for this raging success is its premise. So the premise follows Taro Sakamoto as the protagonist. He used to be a legendary hitman. But faith has something else in store for him. He falls in love with Aoi. They both start living a humble life as convenience store workers. As a result, Sakamoto grows a dad bod, unlike his previous avatar. And he loses weight dramatically during difficult situations. But his dark past does not leave him. There are various people who still revere him as an assassin while others are out to take his life.

Considering the high success of the series, there are high chances of Sakamoto Days getting an anime. But unfortunately, there is no official announcement regarding the anime. And we feel that we can soon get some official news regarding this. Generally, any Shounen Jump series gets animated after 100 chapters. This series currently has 55 chapters. So we can expect an announcement around the end of 2022 or early 2023. But this can only happen if the series continues to be successful. Other than manga sales, views on official websites can also be considered for success. Manga Plus is the official online platform. The series could possibly have 12 to 13 episodes when animated, as this would require less manga material. If this happens, we might get the anime soon after getting announced.

Some fans are hoping that MAPPA animates this series. MAPPA is very popular for animating action series well. This studio also often chooses its manga series carefully. Popular works of MAPPA include Attack on Titan Final Season, Vinland Saga, Banana Fish, and Jujutsu Kaisen. We might be able to see a similar animation style like “The Way Of The Househusband”. In this series, the manga panels are animated a bit, along with fluid voice acting. But this style works very well for comedy genre.

This adaptation might be the third on the list of Yakuza anime comedies. The most popular anime in this genre is Great Teacher Onizuka. This series’ anime aired in the 90s. The story followed a delinquent. And after becoming a teacher, he further teaches a class of delinquents. After the hype of this show, we didn’t get a story about a “delinquent with a heart of gold” for a long time. Almost after 30 years, we got a similar series. This series was “The Way of the Househusband”. This series reignited the Yakuza craze. Series like the Tokyo Revengers also follow a similar trend. So this might be the best time for a new Yakuza anime. Anime adaptation of Sakamoto Days can make this possible. 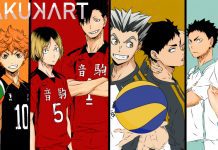 Most Powerful Haikyuu Team To Look Out For! 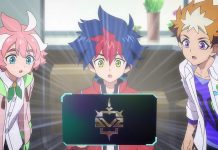 Shadowverse Flame Episode 9 Release Date: Who Will Have The Final Laugh? 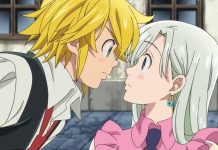 Meliodas And Elizabeth’s Relationship: All You Need To Know