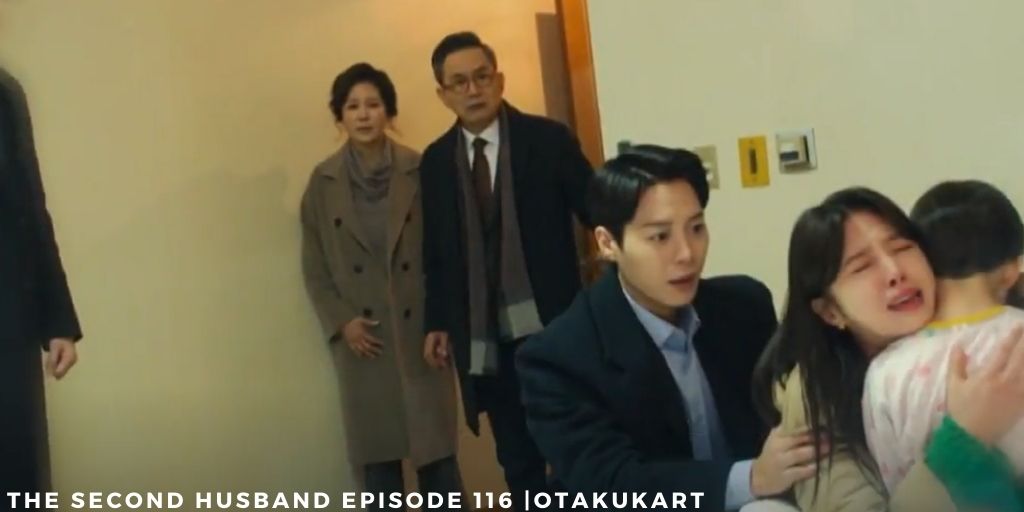 The Second Husband Episode 116 is just a few days away! The audience of The Second Husband can not believe that Jae Kyung really fell off the cliff. When she called Seon Hwa near an unknown place, fans knew that Jae Kyung was up to no good. However, karma hit her, and while she was strangling Seon Hwa, she mistakenly fell off the cliff and knew no one could even find her body! Seon Hwa and Soo Chul were devastated by this sudden happening. And even though Jae Kyung was Seon Hwa’s arch-nemesis, Seon Hwa could not help but cry. Amidst all of this chaos, Sae Byeok was still in the villa where Jae Kyung and Soo Chul had left him with some useless bodyguards. While the bodyguards were slacking off and started to sleep, Sae Byeok saw his chance and quietly slid out of the villa.

Meanwhile, Seon Hwa and Jae Min rush back to the villa to take Sae Byeok but are put into a frenzy when they find out that Sae Byeok had run away and now roaming around the cold all alone. And when they do find him, Sae Byeok is admitted to the hospital because of the shock. After about fifty episodes, Yoon Dae Guk finds out the truth about Tae Yang. When Seon Hwa is rushed to the hospital, that is when he finds out the truth that Tae Yang is Seon Hwa’s son Sae Byeok. Later on, when Sang Hyuk was released from prison the moment he reached his in-law’s house, they asked for his explanation. See what else Yoon Dae Guk finds out about and check out the release date, streaming details, and predictions for Episode 116 of The Second Husband.

We will get to see more of Yoon Dae Guk’s wrath in Episode 116 of The Second Husband. Although Jae Kyung was basically a serial killer, Yoon Dae Guk cared for his daughter a lot. He had even planned the escape of Jae Kyung from the police station and had hired Soo Chul for the job. Surely, the news of her death had been very sudden and upsetting for him. Jae Kyung’s death was not only sad for her father but for her fake mother as well had been very sad and was crying hysterically. It looks like that Yoon Dae Guk has also started his own revenge plan for his daughter’s death.

In the preview, he had kidnapped Sang Hyuk with the help of Jae Kyung’s loyal dog Soo Chul. Soo Chul gave the first blow and kept hitting Sang Hyuk till he started bleeding. Believe it or not, Sang Hyuk started shouting at Soo Chul and said, ”Don’t you know who I am? I am the director’s son-in-law”. Little did he know, his father-in-law was the one who had planned all of this. The audience feels that after all that Sang Hyuk has done, he deserves even more severe punishment than this. On the other hand, Seon Hwa will be having a hard time telling Sae Byeok that she is his real mother. As Sae Byeok is just a child, he will not be able to wrap the truth and will not be able to believe it.

Will Sae Byeok finally accept Seon Hwa as his mother? Keep watching to see if the mother and son have their happily ever after!

Where To Watch The Second Husband Episode 116?