There are multiple endings of the story, does she really die in one of them? 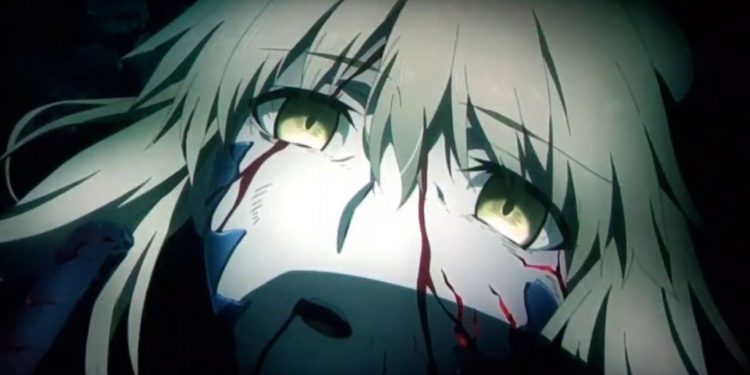 Saber is a young, confident, and idealistic knight from the Fate series. She’s strong as well as determined to become a good knight. Her role was one of the major ones in the anime series. She usually dislikes being discriminated against as a woman. She doesn’t even want to be treated as a human being at some point. She enjoys living up to her ideals, that is, to become a knight. She didn’t even think about using any underhanded techniques in the Fourth Holy Grail War. She stuck to her chivalrous behavior and wanted to gain The Holy Grail with justice. But will Saber die due to her chivalry in the Fate Series? She usually doesn’t show emotions and has a straight face. She suppresses them, but when Shirou saw her naked body, she starts to blush and shows her embarrassment. Later on, she gets closer to Shirou and talks about her life. This helps her to open up to him.

Fate is actually based upon a visual novel. It has multiple routes as well as endings. In layman’s terms, there are three endings of the series. One is shown in Fate/Stay night, made by Studio Deen in 2006, and another in Fate/stay night: Unlimited Blade Works made by Ufotable in 2014-2015. Saber is caring and likes lions as well. Once she brought up a lion cub for a month, and this led her to fall in love with those animals. She has a big diet, and her gourmet spirit woke up when Shirou cooked for her. She wasn’t used to modern food and used to think all foods were like fish and chips.

In the past, Saber started to enjoy her time with Irisviel, who was her proxy master as well. She respected her as a knight and was her friend, too, unlike Kiritsugu completely viewed her as a tool, whereas Irisviel treated her like an old friend. Time to find out whether she died or not !! And even if she did, is there actually an ending where she lives!!

No, Saber will not die in Fate Series. She is Shirou’s love interest and shares a beautiful romantic bond with him. They have a contract with which they realize that he’s Kiritsugu’s adopted son. Previously Saber had only been able to destroy the physical form of the Holy Grail and thought that Kiritsugu was still a selfish old man. Her opinion about Kiritsugu changes only when she realizes that he is the one that taught Shirou about the way of life. He convinces her to accept herself instead of trying to become perfect. She slowly accepts her past and moves on with his help. This helps her to get motivated to destroy The Holy Grail for good, also because it was her responsibility since she’s King Arthur.

Her Excalibur destroys The Holy Grail, and later she confesses to Shirou before leaving. They say their goodbyes, and Saber travels to her original time. She accepts her past and breaks the contract with the world. This leads to her death, and she reaches the Throne of Heroes in Avalon, where all the other heroes reside in their afterlife. This ending is stated to be the true ending of the Fate series, according to the creators of anime. It can be watched on Netflix.

Is there an alternative ending in Unlimited Blade Works and Heaven’s Feel?

Fate/stay night: Unlimited Blade Works is an anime series produced by Ufotable. The anime is based on the visual novel Fate/stay night produced by Type-Moon. It can be binged on Netflix and has two seasons. In this part, Saber has a shorter role. Caster captures Taiga and uses her Rule Breaker to steal the contract of Saber and Shirou. This causes pain to Saber because of Caster’s torture. But after lots of resistance,  she submits to her. After these events, Archer kills Caster and claims that he planned this so he can be free so that he could kill Shirou.

Hearing this, Rin forms a contract with Saber so that she can protect Shirou from Archer. Saber uses her Excalibur to finally destroy The Holy Grail after Rin rescues Shinji. She gives up on the Fuyuki Grail because she’s not King Arthur here. She knows that she will be able to find another one, but she learns to enjoy life and postpones her quest to live with Rin and Shirou.

Heaven’s Feel shows that Shirou and Saber decide to investigate the Ryuudou Temple by themselves. They went separate ways, and Saber fights against the True Assassin while Shirou fights with Zouken Matou. Saber gets consumed by darkness and unwillingly turns into Sakura’s Servant, Saber Alter. She gets corrupted, and her whole personality changes.

She takes up All the World’s Evil and entrusts her blade to it. Saber felt like she had awoken from a very long dream during this change, and now she was finally prepared to face the reality that she had been ignoring. In this ending, Shirou uses the power of Kanshou and Bakuya and wins against Saber Alter. This move makes him have a mental breakdown. Saber ends up surviving Shirou’s final attack, but she gets deeply wounded. Due to this iteration, it is not confirmed if Saber will die or not, as it is not exactly known. But fan theories say that her soul was blackened and denied to enter Avalon. This story got a movie in 2017 as well!