Will Rize Kamishiro Die in Tokyo Ghoul? The Foster Daughter Of Matasaka Kamishiro 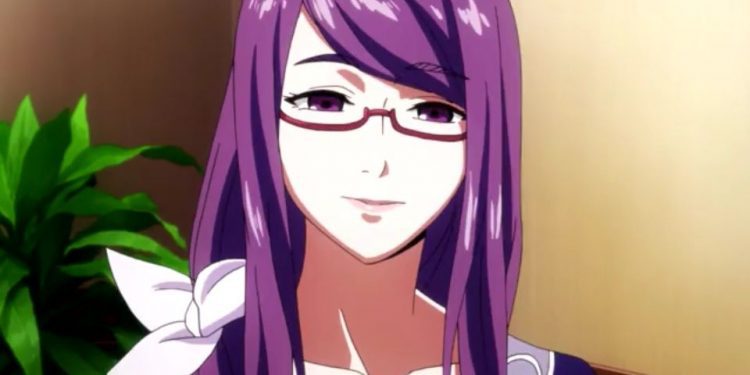 Rize Kamishiro was a ghoul and Matasaka Kamishiro’s foster daughter. Rize was the illegitimate daughter of previous CCG chairman Tsuneyoshi Washuu and was born into the Washuu Clan, where she escaped from the clan and organization V as a youngster. She was known by the moniker Binge Eater. Rize was a menace to most ghouls in various Tokyo hospitals before her death in the Steel Beam Incident, when her kakuhou was used in the kakuhou transplant surgery to change Ken Kaneki into a one-eyed ghoul. Dr. Akihiro Kanou subsequently discovered Rize alive and kidnapped her, using her kakuhou to turn Kurona and Nashiro Yasuhisa, as well as Souta Washuu-Furuta, into one-eyed ghouls.

Rize was a ferocious, self-sufficient ghoul who functioned as a femme fatale to those who succumbed to her seductions. With the exception of Kazuichi Banjou, who found her self-reliance and power attractive, she was an enigmatic girl who left many people with a puzzling impression of her. Those who got into a battle with her seldom came away alive. Rize was a thin young woman with purple hair combed to the left, purple eyes, full pink lips, and an hourglass figure. She wore typical clothing suited for a young lady as a ghoul integrating into human society, with a fondness for dresses. Rize had long white hair with ornamental tattoos around her paled face near her eyes and across her forehead after her change into Dragon.

Also read: Will Hide Die in Tokyo Ghoul? All To Know About The Charismatic Character

The death of Rize is said to have been caused by Nimura Furuta, who was dressed as the clown Souta. In this post, he explains his aspirations and desires! He was the mastermind behind the Steel Beam disaster that shattered Rize. Kanou later implanted her Kakuhou inside Kaneki, turning him into a one-eyed ghoul. Kanou had the organ transplant as part of his ghoulification experiment. Kaneki served as the template for Kanou’s ghoulification procedure (also known as kakuhou transplant surgery). In this procedure, Rize was the ghoul organ donor. However, we learn later in Tokyo Ghoul that Rize is not truly dead. 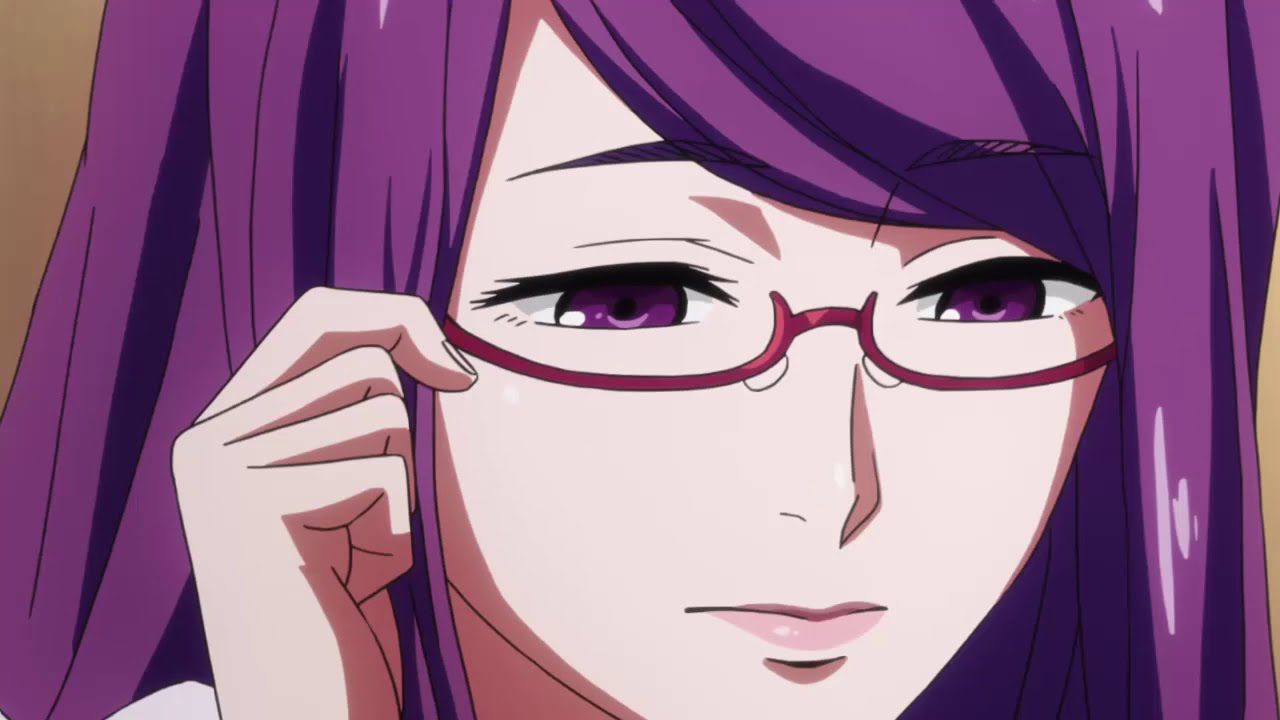 Rize was thought to have died in the Steel Beam incident by everyone, but such was not to be the case. In Tokyo Ghoul, Rize made it through the full series. She was, after all, a prisoner and a lab rat for the most part. Ken Kaneki, to be precise, was the one who put her out of her misery. Kanou was looking for a test subject and a ghoul donor years after parting ways with the CCG. That’s when he gets his hands on Kaneki and Rize, both of whom are fatally hurt. As a result, Kanou proceeds to ghoulify Kaneki. He does the same thing on the Yasushina twins after seeing that it worked. He kept Rize alive and used her as a ghoul donor during this time.

The steel beam disaster had not claimed Rize’s life. Her kakuhou was used to make one-eyed ghouls from test participants. Rize was eventually rescued by Yomo during the attack on Kanou’s lab. Until Shachi took her back, she was under his care. After CCG’s invasion of Anteiku, this happened. Rize had a bad relationship with Yomo as well. In the container where Yomo resided, she was held by shackles. Yomo made sure Rize didn’t regain her strength by keeping her in a perpetual state of hunger and just feeding her enough to survive. She became mentally ill as a result of this, and she lost her ability to identify her surroundings. 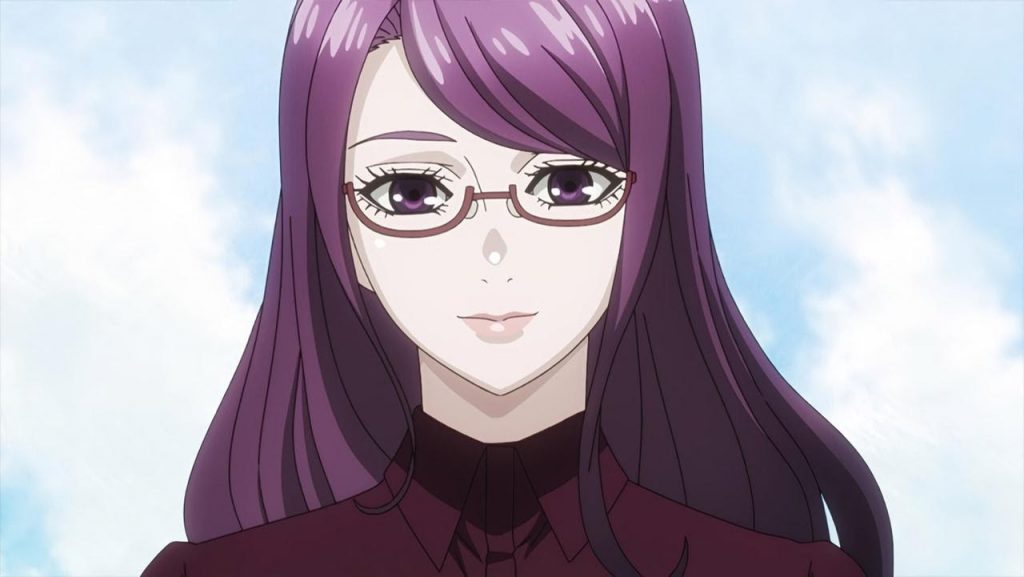 Her Abilities and Weaknesses

Form of the Dragon, Rize’s looks changed dramatically when he became Dragon. Her body was tied to the center of Dragon, and she had long white hair and a pale face with several ornamental markings around her eyelids and forehead. She possessed multiple huge tentacles like hydra heads, each with a mouth and vicious fangs around the edges and long hair similar to Rize’s. She utilized Dragon to disseminate a ghoulification poison over Tokyo, converting a large number of people into ghouls.

Physiology of Ghouls, Rize, who lived as a ghoul, has strong physical powers as well as a rinkaku kagune. Rize was regarded as a formidable opponent even among powerful ghouls, and her kagune was capable of dispatching numerous foes at once. Rinkaku Kagune, Even among the rinkaku kinds, her kagune was unique in that it possessed an abnormal regenerative component. She could summon up to six tentacle claws, which were shown in the anime as brilliant red. Despite its small size, each claw is capable of injuring anybody, human or ghoul, mortally. Despite possessing enhanced cellular regeneration, Yoshimura said that if enough damage injured her vitals, her body would not regenerate from fatal wounds, such as the steel beam that crushed her waist and ultimately led to her “accident.”

Also read: 20 Facts About Tokyo Ghoul You Should Know

Will Pride Die in Fullmetal Alchemist?