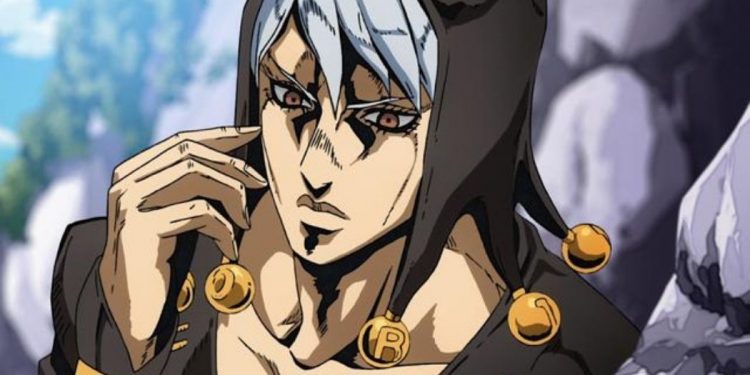 Getting killed in a battle of an anime series is very normal especially when you are a villain of a protagonist-centered anime series. It is generally usual to see antagonists or villains dying in the series but does it hurt to witness an antagonist die? In some cases, yes it hurts, even though the villains are very evil and don’t show mercy to our beloved main characters their death hurts because of them being similar to “fallen angels”. These circumstances and situations force them to turn into the way they are, either they are tortured as kids or witnessed their families getting slaughtered by some people and now they seek to get revenge from them.

Everyone is a villain of someone’s story but here the antagonist we are going to know belongs to the series of Jojo’s Bizzare Adventure. The series Jojo’s Bizzare Adventure also referred to as Jojo no Kimyo no Boken is a Japanese manga series by Hirohiko Araki. The manga was officially published by Shueisha and has been running for more than a decade. The manga debuted with its very first chapter on 1st January 1987 and is still going on. Unlike any more anime or manga series, Jojo’s Bizzare Adventure is divided among different parts which center around different protagonists and different villains. The anime adaption of the manga was produced by David Production Studio which released its very first episode on 6th October 2012.

The villain we are going to talk about here is Risotto Nero and the main topic we are going to center, whether this character will die in the series of Jojo’s Bizzare Adventure or not. Risotto made its appearance in the series in the fifth part titled “Jojo’s Bizzare Adventure: Golden Wind”. In the first half of the series, he served as the major antagonist, and later in the second half of the part become a minor one. Being a reputed character from the series, Risotto also possessed authority, he is the leader of La Squadra Esecuzioni – the group specialized in assassinations. He ordered his men to abduct Trish Una in order to use her as bait and overthrow Diavolo to take over the organization and its drug trades. As for his appearance Risotto looks very good and has a tall muscular body, along with grey hair and eyes with black sclera and red iris.

Based on his role in the series, he is given quite an ominous look so does his personality. You cannot find a better leader than Risotto for La Squadra Esecuzioni. He is a very serious individual and takes his responsibility very seriously. Along with this, he is very goal-oriented and possessed a very sharp analytical mind to build strategies regarding any situation. The thing that adds up to his villainess personality is his very powerful stand. He possesses a stand called “Metallica” which has a huge population of very tiny beings residing in it. As the name suggests, the major ability of metallic is to manipulate the metal through magnetism and can inflict great damage when at a short-range. So, now the question is if the Risotto is so powerful, is it even possible to kill or lay a hand over the leader of a gang who is guarded by his men.

Coming back to the main question, Will Risotto Nero die in Jojo’s Bizzare Adventure. The revelation is going to be quite ironic as he will die the most unexpected way. Being an antagonist of the series, his death was already planned but no one expected him to die like this. The risotto was a man of authority who was ruling the world of crimes in the fifth part of the series until he died. We already knew that the main motive of Nero was to kidnap Trish Una but she was already guarded by the gang named Team Bucciarati. The gang’s main motive was to protect Trish and take her to the boss in order to stay away from the hands of La Squadra Esecuzioni.

This clearly shows the rivalry between the two gags, where La Squadra was the villain, Team Bucciarati can be considered as the protagonist. The thing that sounds like an irony is that, even being the leader of La Squadra, Risotto never came ahead in a fight with any of the members of Team Bucciarati. Even though he avoided every way to get in conflicts and battles with his opponent team, he was killed by one of the stands of the Bucciariti gang. He was knocked out and killed by Narancia’s stand Aerosmith.