One Piece is not just an anime. It is a roller coaster of emotions, laughs, and excitement. It is a journey which we are living with. As an old man said, “It’s about the journey, Not the Destination”. One Piece walks on the same principle. We are enjoying the journey of Luffy so much without even knowing where we are heading to and what’s actually the One Piece is? There are lots of characters in One Piece, and each character has its own importance. Each character has a reason to live. In this article, we will cover Portgas D. Ace. We will see who he was and what happened to him in the end?

Before coming straight to Portgas D. Ace, let’s take a quick look at One Piece anime. One Piece is a Japanese manga-based anime written and illustrated by Eiichiro Oda. The manga has over 1020+ chapters and is currently ongoing. If we talk about anime, One Piece anime recently hit the milestone of the 1000th episode, which is a very big deal in itself. The anime is currently ongoing, and no one knows how long it will run. The anime is revolve around a Young Boy, Luffy, who aspired to become Pirate King Someday and will find the great treasure of One Piece. He sailed through the ocean when he was Seventeen and recruits many amazing crewmates along in his journey.

Now let’s dive straight into the topic and dig out everything about Portgas D. Ace.

Who Was Portgas D. Ace?

Portgas D. Ace was the only son of Pirate King, Gold D. Roger. He didn’t want to get acknowledged for his father’s achievements, so he hid his identity from everyone. Although Luffy, Sabo, Garp, and people close to him were well aware of his personal information. Ace wanted to be a great pirate, and he also inspired Luffy to see the world that lies beyond the sea. He also promised Luffy that he won’t die before him because he didn’t want to leave behind his only little brother.

As he was much older than Luffy, he sailed through the Oceans much before him and finally recruits Shirohige Pirates. He started loving the culture and people around him in the crew and took an oath that he will always be loyal to Shirohige. After Oden’s disbandment of Shirohige Pirates, the position of Second Division Commander was vacant, and finally, later on, Ace became the Commander of Second Division Pirates.

What Happened To Portgas D. Ace?

As everything was going smoothly, one of the Pirates of Shirohige betrayed the crew and stole mythical devil fruit Yami Yami no Mi. He killed the commander of the Fourth Division, Thatch, who was the good friend of Ace. There was a rule in Whitebeard’s ship. Whoever hurt his commander will get die by him. Ace decided to kill Blackbeard and took revenge on Thatch. Ace and Blackbeard had a fierce showdown which resulted in Blackbeard’s victory. Ace got abducted by Marines and was on the verge of Execution, just like his father.

Shirohige ordered his crew to sail straight to Marineford and save Ace. Marines tried their best to stop Shirohige but fell short before his ultimate prowess. But Shirohige was unable to save Ace in the end, and Ace got died at the hands of Marine Admiral Akainu. Luffy somehow saved him from the execution stage, but the wrong decision of Ace to keep fighting cost him his life. In the end, Whitebeard died too by getting so many wounds however he began the age of new Pirate by announcing that One Piece Exists.

So this was the fate of Portgas D. Ace.

Now last but not least, where to watch One Piece? There are various websites that allow us to watch One Piece officially and legally, like Netflix and Crunchyroll, but we highly recommend using Crunchyroll. Crunchyroll allows us to watch lots of anime anytime, anywhere on a single subscription. You will get the features like Simulcast and ad-supported content, which allows you to watch your favorite show free of cost. It is amazing, isn’t it? Crunchyroll is not just a website, it is a house of anime.

Also, read: Will Gol D Roger Die in One Piece? 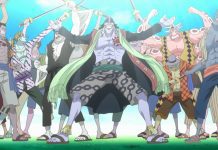 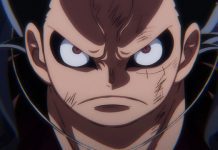 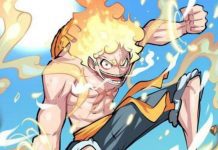