Will Pop Step Die In My Hero Academia Vigilantes Chapter 118? 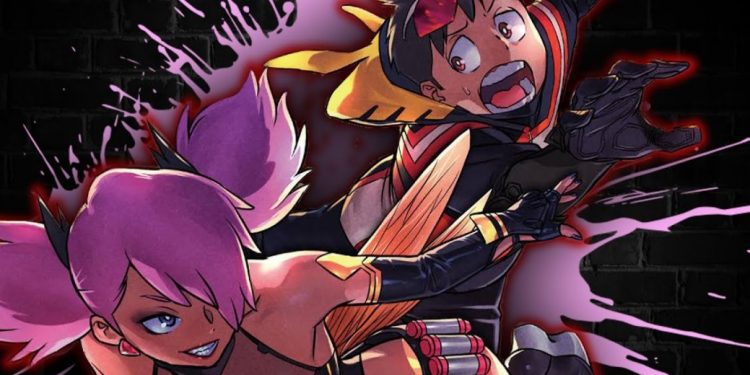 My Hero Academia Vigilantes Chapter 118 reveals The Crawler: Knuckle Style vs. Number Six. Midnight and the doctors at the hospital try to help Pop Step after her condition worsens. She wonders why it had to happen at this time and tells the doctors to look at her vitals. Midnight also talked about a seizure and belive that Pop Step wouldn’t give up and die.  My Hero-Academia-Vigilantes’s latest chapter reveals The Crawler Koichi’s new form: The Crawler-Knuckle Style after Koichi talked with Knuckleduster, who taught him how to coat his body with Quirk.

Koichi was surprised since he gained new abilities and powers. All the wounds in Koichi’s body were healed after coating with Quirk. Midnight realizes that Koichi is fighting for Pop Step’s sake. The doctors try to save Pop Step, fighting for her life. Cut to the battlefield, Koichi is still shocked to see The Crawler: Knuckle Style and his fist have the same bracelets as Knuckleduster. He looks at his fist and realizes it is amazing, but Number Six extends hummer’s fist to smash him since he cannot let Koichi surpass his limit.

Koichi wonders how he got that tremendous power and realizes that it will be interesting. Number Six attacks him with a flaming killer blow while addressing him as Koichi Hiwamari. But Koichi’s Quirk reflexes activate, and his body automatically jumps away before the killer blow lands. Koichi commented that it was the bad one and decided to use an attack that he was not supposed to use. But Koichi hears a strange voice out his name. Koichi looked back and saw Knuckleduster.

He believes that is Number Six’s core and jumps towards Number Six. He reminds Koichi to use his fist and punch Number Six to knock him dead. Koichi wonders how to use that, and he must not hold back. Knuckle duster reveals that “it is killed or be killed.” But Koichi thought he could hold back, and Knuckleduster suggested that Koichi use Shooty-Go-Kablam to snipe Number Six’s noggin. Koichi realizes that he is not interested in that, but he has to way to settle the score. He realizes that he must do it using his fist to commit a murder.

Koichi was surprised to hear Pop Step talking with him and wondered how she came here. He wonders why Pop Step is joining the battle. Pop Step reveals that she is not picking a fight but stoping Number Six’s rampaging and protecting the neighborhood. Koichi realizes that he keeps Number Six by hesitating to continue making damages. Pop Step and Knuckleduster argue over killing Number Six. Koichi is interested and talks about love and hate with Pop Step. Number Six wonders what those bastards are doing and attacks them. Koichi talks about the difference between hating and getting mad at Pop Step.

My Hero Academia Vigilantes Chapter 118 will be released on 21 January 2022. Knuckleduster wonders if he is listening to a love story. Pop Step reminds Koichi that he will never do anything to make her hate him since he will always love him. Number Six continues to rampage, and the citizens realize that they only have Koichi since other heroes have not arrived yet, and Koichi is the only one who will play the hero. Pop Step motivates Koichi to get the job done, and Koichi uses Knuckle Style against Number Six. Let’s look at My Hero Academia Vigilantes Chapter 118 official details.

Also Read: A Returner’s Magic Should Be Special Update: Will The Manga Continue?.