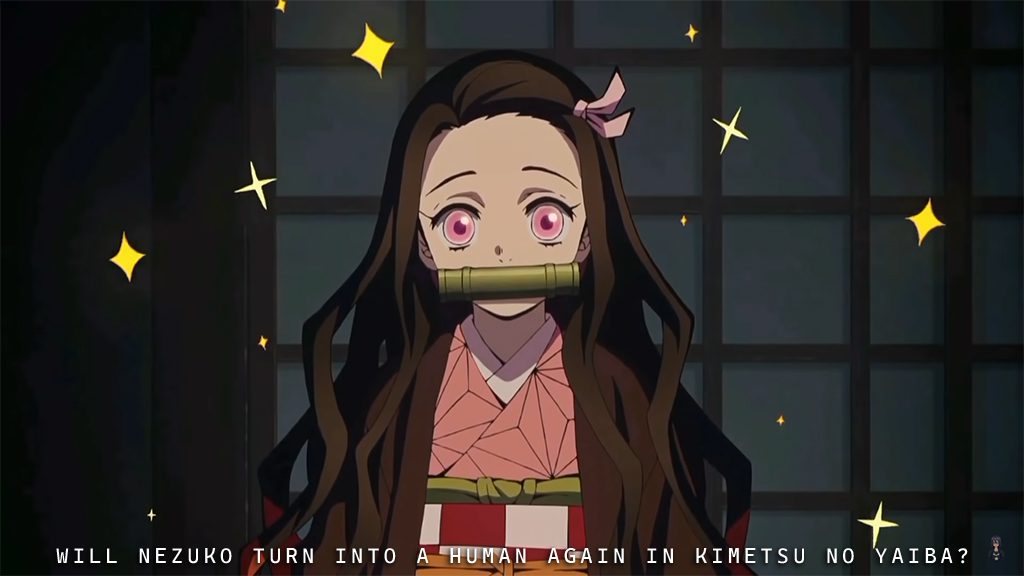 Will Nezuko Kamado turn back into a human in Demon Slayer Season 2? Will Tanjiro cure his demon sister? Questions like these have been going around the internet since the announcement of Kimetsu no Yaiba’s new season. This shonen anime is the adaptation of Koyoharu Gotouge’s manga with the same name, which was serialized from February 15, 2016, to May 18, 2020. The first season aired in 2019, and it became one of the best anime of the present times.

The fans and critics praised the storytelling and visuals of the anime. Demon Slayer: Kimetsu no Yaiba even won the title of “Anime of the Year 2019.” The 2020 anime movie Demon Slayer: Infinity Train followed the success of the first season. Also, the movie was the direct sequel to the anime. Further, the movie covered the Mugen Train arc from the manga. Also, Ufotable Studios declared a Demon Slayer Season 2 would release in 2021. Since then, fans can no longer hold their excitement to witness the epic second season. Fans are eager to know about what will happen to their favorite characters, especially Nezuko. We all want to know whether the “kawaii” demon will be human again. Let look below to see that does Nezuko turns into a human again. However, this article might contain heavy spoilers, so read at your own risk.

Who is Nezuko Kamado?

Nezuko is the younger sister of the protagonist, Tanjiro Kamado. She lived in the mountains with her mother and siblings. Her older brother used to sell charcoal in the village near the mountain. One day when he returned late from work, Tanjiro saw his entire family dead except for Nezuko. However, she was severely wounded, and it seemed like Nezuko got injured while trying to protect her siblings. While Tanjiro was taking her only living family member to a doctor, Nezuko suddenly transformed into a demon. After transforming, she attacks her elder brother. But soon, she came back into her senses and was trying to control her urges to consume human flesh. 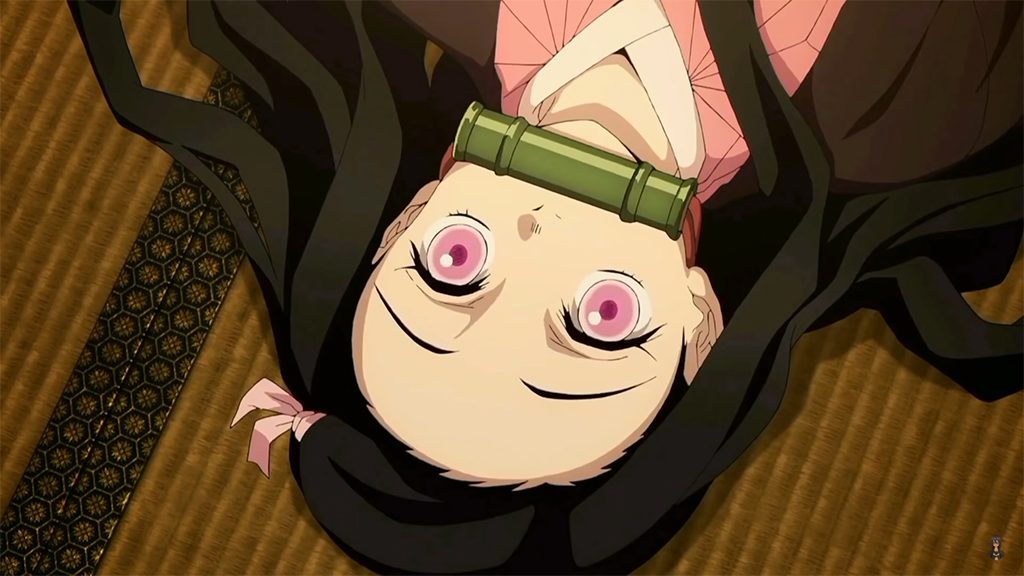 While Nezuko was trying to hold herself from attacking Tanjiro, they were interrupted by Giyu Tomioka. He is a Water Hashira who slays demons and comes there to kill Nezuko. Upon seeing Nezuko still having her human senses and now trying to protect her brother, he spares the Kamado siblings. Giyu instructs Tanjiro to take Nezuko and meet Sakonji Urokodaki. There her elder brother was training to be a demon slayer whereas, Nezuko was asleep for two whole years. Therefore, Urokodaki predicts that Nezuko, instead of consuming humans, sleeps to replenish her energy.

After Tanjiro becomes a demon slayer, Nezuko accompanies her elder brother to slay evil demons. She later meets with a good demon, Lady Tamayo, who manipulates her into thinking every human is her family and she needs to protect them. Together they face many strong demons. Later, Inosuke and Zenitsu join the group. Further, Zenitsu has a crush on her. Nezuko has to go through many trials because of being the only demon who doesn’t consume humans, as many don’t know about Tamayo. Even after Kagaya Ubuyashiki, the head of the Demon Slayer Corp, prohibits targeting her. Still, many Hashiras were against the actions, but after she proves herself, she’s accepted as a part of the Demon Slayer Corp. She continues her fight against Muzan and her demons.

Will Nezuko turn into a human again?

Since Nezuko turned into a demon, Tanjiro’s main target is to turn her sister back into a human. Since the first episode, we witness Nezuko different from other demons. As even after transforming into a demon, she had her human emotion and senses. Then the Kamado siblings come across a kind demon, Tamayo, who agrees to help Nezuko turn back into a human again. However, Tamayo asks Tanjiro to collect the blood of the Twelve Kizuki, the elite demons Muzan. Tamayo wants to make a cure from the blood of those elite demons. 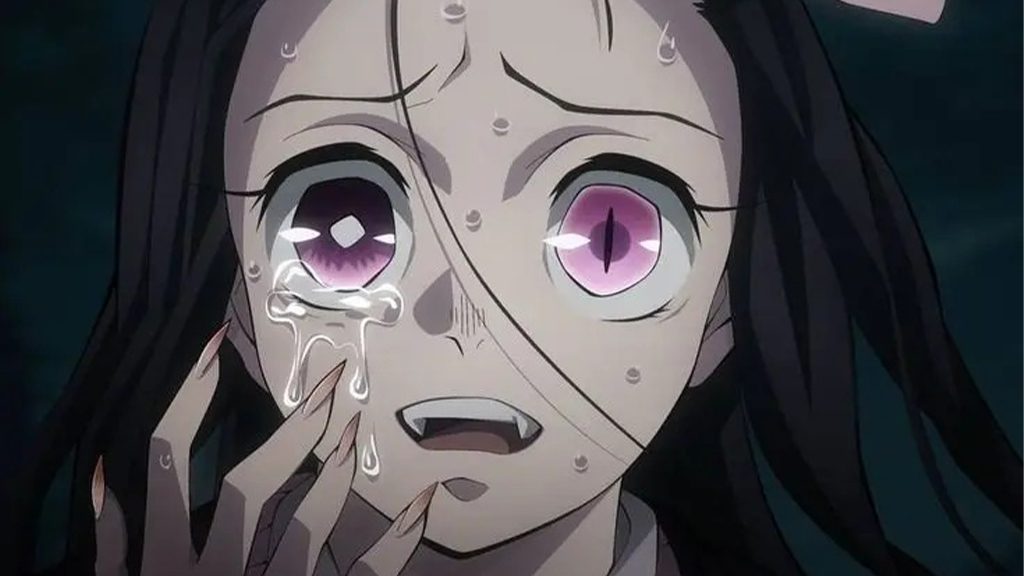 Nezuko Transforms Back Into Human.

As the story continues, we see Nezuko awakening up her Blood Demon Art. Her Demon Art let her produce flames that can damage demons, but it’s harmless for humans. Later in the Swordsmith Village arc, Nezuko was near to disintegrate in sunlight, but then a miracle happens, and she survives the sunlight. Therefore, she becomes the first demon to ever have immunity to the sun. Later, we get to know about the Kamado family’s relationship to the first demon slayer, Yoriichi Tsugikuni. Thus, Muzan planned the attack on the Kamado family to create a demon immune to sunlight.

But even after conquering the sun, Tanjiro wanted to transform her sister back to human. Later in the manga, Lady Tamayo discovers a cure. This cure is capable of transforming a demon back to a human. After taking the cure, she was sleeping in the hideout where Urokodaki and Kiriya Ubuyashiki was taking care of her. But suddenly she wakes up and starts running as she was having visions about her brother in grave danger. But while running towards her brother’s location, Nezuko again transforms. As she was running to reach where Tanjiro was, she transformed back into a human. She again has her human dark red eyes, and her hair is back to black.

Also Read: Will Tanjiro Kamado Die in Demon Slayer? How Will He Die?

In this article:Demon Slayer, Kimetsu no Yaiba, Nezuko Kamado