Will Nemu Kurotsuchi Die in Bleach? Lieutenant of The 12th Division of the Gotei 13 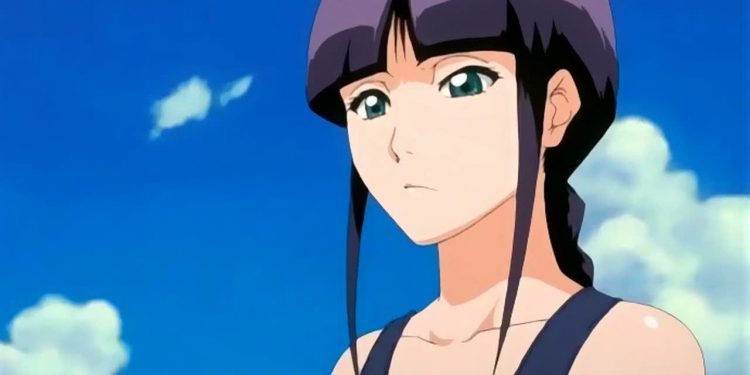 Will Nemu Kurotsuchi Die in Bleach? Have you seen Bleach yet? If you have finished watching it, do you know about Nemu Kurotsuchi? I am sure that you might have ignored the character. Let me remind you, Nemu Kurotsuchi was the lieutenant of the 12th Division of Gotei 13 and was mostly seen with Captain Mayuri Kurotsuchi. Remember her now? She is one of those underrated female characters from the series Bleach that was hardly ever acknowledged but play an equally important role. This character was hardly ever cherished, and now we are going to discuss whether the be able to make it to the end of the series or not?

Let’s go through the little introduction of the series first. The Japanese manga series Bleach was created by Tite Kubo and was released on 7th August 2001. Later, an anime adaption of the series was also released on 5th October 2004. Although the anime series ended in 2012, a final season and Arc of the series are expected to release in 2022. The plot of the series goes around the life of a teenage boy Ichigo Kurosaki who can see spirits and ghosts. Along with this ability, he was leading a very normal life until his sudden encounter with a shinigami from soul society Rukia Kuchiki.

Nemu Kurotsuchi, popular known as Nemu and formerly known as Nanago Nemuri is one of the most beautiful characters from Bleach. Nemu is the lieutenant of the 12th Division of the Gotei 13 under the captainship of Mayuri Kurotsuchi. Like any other character from the series, Nemu is not any human or spirit or any other natural shinigami. Nemu was artificially created within the labs by Mayuri Kurotsuchi. She was made with a combination of Gigai and Gikon, as she was created by Mayuri she is also referred to as the daughter of Mayuri. Nemu was the result of the seventh attempt of the Nemuri Project. It is often witnessed in the series that Mayuri uses to insult Nemu a lot, even kicking her if she didn’t work properly. But only a few knew that Nemu was growing up day by day and her normal life is the dream of Mayuri.

Mayuri is very fond of Nemu as after trying a lot, he was able to create her. As being a shinigami, an artificial one, though, Nemu carries a sword with her. Her sword is a thing Katana with a green hilt. Throughout the series, we will rarely get to witness Nemu using her Katana, she generally fights with her hands. As she is an artificial being and was created by using Gigai and Gikon, she possesses many enhancements and modifications that made her highly adaptable and an excellent combatant. The most noticeable ability is that, as her creator was none other than Mayuri, she has immunity from the poison of Ashisogi Jizo.

Will Nemu Kurotsuchi Die in Bleach?

Till now that we all know that Nemu is an artificial being and was created by Mayuri Kurotsuchi. It is clear that if Mayuri can make Nemu once then, he can do it again. However, we are going to give all the respect of a normal human being to Nemu. She is very loyal to her master and many times sacrifices herself to protect him. But most of the time, she was revived put by Mayuri. During the Arrancar Arc, Szayelaporro sucked the life out of Nemu, and through that, he stands victorious after killing her. But Mayuri revived her in no time, and it wasn’t serious at all. Even one of the funniest scenes one could ever expect to occur between a fierce battle.

However, Mayuri always successfully revives Nemu with her old body and self. The one time he almost lost her was during the TYBW Arc. The Arc is not referred to as the most interesting for no reason, most of the unexpected things happened during that Arc. As Mayuri and Kenpachi were fighting against Perinda, accepting the fact that, Perinda was something even creepy for the likes of them. Nemu again gets in between the battle to prove her determination towards Mayuri and was haunted by Perinda and by the visions of Szayelaporro from their previous battle. Poor Nemu wasn’t able to contain those visions and died. However, about time, Mayuri managed to protect Nemu’s from getting eaten by Perinda, and the Quincy creature died after consuming Nemu’s complex cellular makeup. This is how Nemu died but, she was later revived by Mayuri. In the epilogue episode, we get to witness cute Nemu as a child.

Also Read: Will Ichigo Die In Bleach? Times When He Was Almost Killed

Kim Fields’ Pregnancy Discussions After a Couple of Miscarriages