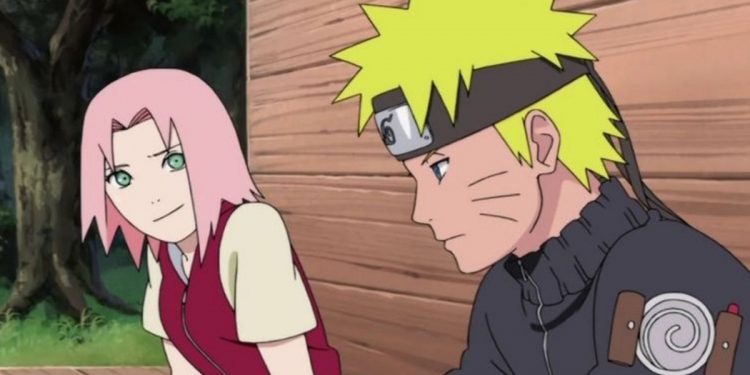 Will Naruto and Sakura get married with each other?

Since the very first day of Naruto, we all are splendid by the plot and the exceptional concept. As for me, even though I have been watching anime for so long, I didn’t find a ninja anime better than the whole Naruto series. No doubt it is still on top and one of the classics that are still moving with its legacy. Since everyone here might have started watching the very first season of Naruto, you all must be aware of most of the characters. The trio of Naruto, Sasuke, and Sakura is the limelight of the series since their very childhood. Beginning from there only, you all have been witnessing Naruto’s crush over Sakura. So, now the question is, will Naruto and Sakura get married after growing up?

As for now, this has been one of the hot topics from the series after Naruto Shippuden reached its end. Sakura’s not-so-good behavior with Naruto didn’t stop the fans from shipping them both together. However, she is not the only character who got to be shipped with the protagonist. The things here are very complicated and need to be understood clearly in detail. So, stick till the very end as in this article, you are going to know whether Naruto and Sakura get married to each other or will they separate their paths.

About Naruto and Sakura

In the series, Naruto Masashi Kishimoto took the viewers on a life journey of a young boy named Naruto Uzumaki. The boy is the protagonist of the series and an orphan who lives alone in the village of Konoha. Naruto only has one dream in his life, to become the Hokage of the village Konoha. From his very childhood, he was treated as a disgrace because him being a vessel for the night-taled fox. Although Naruto never did anything to harm anyone, everyone believed him to be a monster because of the seal he carries. As for Sakura, she is one of the main protagonists of the series and a classmate of Naruto in Shinobi Academy. They both go to the same school and are in the same class.

Naruto and Sakura can be seen as friends in the whole series, but they have a bittersweet relationship. Sakura being the childhood crush of Naruto didn’t even care to take a look over his feelings. Even though Naruto tries to get on good terms with Sakura, she always rejects him. That doesn’t mean that she hates him, she just doesn’t look at him in the way he does. Where Naruto was crushing over Sakura, she had a great crush over Sasuke, a love triangle. But that doesn’t leave our protagonist aloof, there was someone who secretly admires Naruto and sees him as more than just a friend. Yes, people, I am talking about Hinata, the secret lover of Naruto but is not a decreet on anymore.

Even though at the beginning of the series, you might have witnessed Sakura not treating Naruto well and even staying on cold terms with him, she turned out to be the best friend of Naruto. As the series progressed, their bond was shown clearly, which made fans ship them together. After Sasuke left the village to train himself to kill his brother Itachi and almost became a rival of Naruto. Sakura and Naruto cherished their friendship in the meantime and grew closer than ever. Sakura turned out to be the greatest supporter of Naruto and supported him to achieve many things, including his dream to become Hokage. After all, they both were tied together with the name “Team 7,” their bond had to get better.

Throughout the series, we will witness Sakura putting an immense amount of faith in Naruto. She behaved like she have insight into the future and Naruto’s underlying powers. At a point in time, she even decided to give up on Sasuke so that she could focus here in the village and train herself to protect Naruto. As Naruto was getting burdened with the responsibility to bring Sasuke back, she trained under Tsunade to get stronger to lend him a helping hand. This doesn’t stop here when Sakura recognized Hinata’s feelings for Naruto she encouraged her to give the scarf Hinata made for Naruto confessing his feelings. She even made opportunities for both of them to be alone and played a very important role in Naruto and Hinata’s relationship.

Who will marry Sasuke?

We talked about Naruto and Sakura, then what happened to Sasuke. How the Team 7 ended up in the future? As I have mentioned above that Naruto and Sakura became very good friends, and they both helped each other numerous times. Also, Sakura set up both Naruto and Hinata together, so that makes it clear that Naruto and Sakura are going to end up together. So, with whom Sasuke ends up with and what about Sasuke? Here comes the important part, after all the struggles and fights, Naruto and Sakura were able to get Sasuke back to Konoha. As of now, Naruto doesn’t have a crush on Sakura anymore and loves Hinata; instead, it leaves Sakura and Sasuke together to cherish their moments.

As Sakura had a big fat crush on Sakura from her very childhood, she never stopped caring about him even though he left them behind. Although Sasuke was rude and cold towards Sakura, she finally realized how much Sakura cares for him. Even though Sasuke never clearly expressed his love but he confessed to Sakura, and they both got married and have Sarada together.