Did Mitsuri and Obanai, the Hashira who loved her, die in the hands of Demon King Muzan? 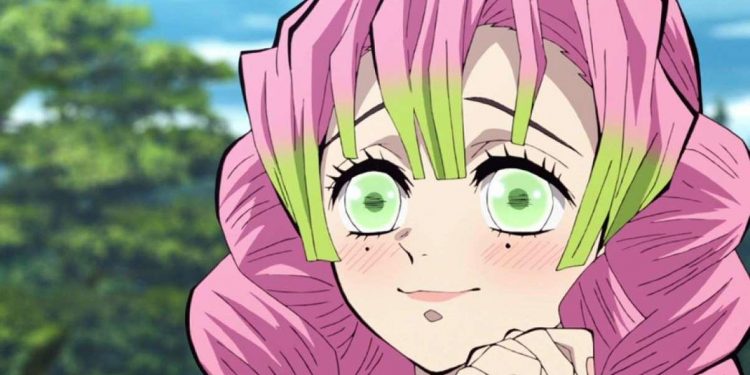 Mitsuri Kanroji is a very talented, passionate, and skilled sword wielder. She’s earned the position of the 6th Hashira in the Demon Slayer Corps. Mitsuri is also known as the ‘Love Hashira’ (Koi Bashira) because of her Love Breathing. She’s an asset to the corps. She completed her Final Selection in just six months. She proved herself to be strong in the Swordsmith village, where she fought a group of demons made by the Upper Five and even fended off the Upper Four demon, who even had a clone who possessed the abilities of all the upper four demons, till the sun rose. Kanroji might look weak, but this was definitely a very big achievement!! Even Rengoku praised her skills. In the Infinite Castle, she fought the newly appointed Upper Fourth Rank demon again. Later, she even got the chance to fight the Demon King, Muzan. So, will Mitsuri Kanroji die in Demon Slayer?

Mitsuri learned Fire Breathing, just like Rengoku, but she channeled that passionate fire as love. Her body density is high due to her muscles, which might not be very obvious when we see her. It’s about eight times more than a normal human. She has a very flexible body as well as a sword that can bend at her will. Flexibility is a key point for her Love Breathing. Her hands and legs might look thin, but she eats as much as three sumo wrestlers every day to keep up the body density. She’s a shy person who gets flustered easily.

Why did Mitsuri join the Demon Slayer Corps?

Mitsuri entered the Demon Corps to find a husband. Is that real? Definitely YES!! But then how did she even make her own breathing technique, defeat so many Upper Four Demons, and even fight Muzan by herself?! At first, Mitsuri came to the Demon Corps so she could find a stronger man than her so that she could marry him. She felt guilty later on, though, but Shinobu comforted her. But, she was so exceptionally powerful that Rengoku acknowledged it and took her under his care. He taught her the fire breathing technique, which she mastered with her best efforts. But then she realized that it didn’t really match with her.

So, she ended up creating six forms of the Love Breathing technique, which uses Mitsuri’s superhuman strength and flexibility, with which she wields her Nichirin Sword. Surprisingly, it can bend and even be used as a whip. It’s like one of those in the Wuxia donghuas. Mitsuri even folds her katana so that she can carry it everywhere.

Yes, Mitsuri Kanroji will die in Demon Slayer. In Infinity Castle, Obanai and Mitsuri fought side by side, with perfect teamwork. Obanai is in love with Mitsuri, but he could never confess to her because of his past trauma about his bad blood. He often gave her gifts, but despite being the Love Hashira, Mitsuri didn’t see through him. He’s very observant and always noticed what she does. While this fight went on, Mitsuri was gravely injured, and Obanai quickly took her off the battlefield. He was going away when she screamed at him to come back alive.

Alas! After a short while, he was almost about to die as well. That’s when he retreated to her side and cradled her lovingly in his arms, knowing both of them were just about to die. They started reminiscing how they met and how Mitsuri treated him like a normal man. She said that she was quite useless at the end when Obanai said he’d never let anyone insult her. Mitsuri finally confessed that she loved Obanai. She is happy that he always treated her so gently and asks him to marry her if they meet in their next life. Obanai said that he’d be lucky to marry her if she could accept someone like him as her husband. He promises to protect her, and soon they die. The happy ending comes soon when their reincarnations get married.

Does Mitsuri have a Demon Slayer mark?

While fighting the Upper Four’s clone, she unconsciously got the Demon Slayer Mark! When this mark appeared, her powers and strength were infinitely increased. This mark surely helped her enhance her skills and defeat that clone. The mark looks like four hearts between her neck and collar bones. Some of the other Hashira have this mark too, but their marks look different, which represents that there are different types of Demon Slayer Marks in the world. Mitsuri has the best reflexes, but still, she’s the slowest runner amongst the Hashiras. Her stamina and endurance in a battle are just amazing. She could last longer than Tanjiro, Genya, and Nezuko.

Also Read: Zenitsu Facts: 7 Things You Might Not Know About Him