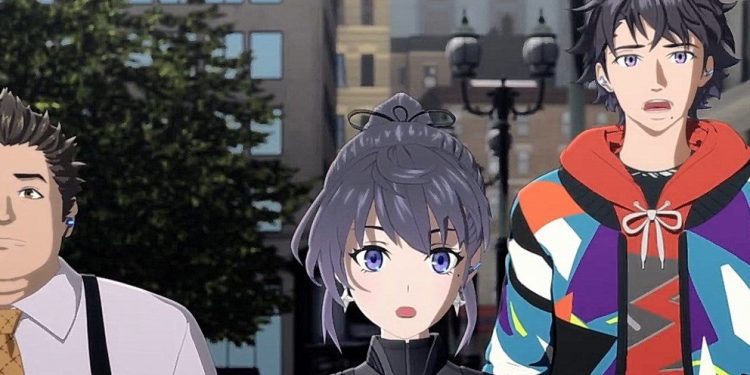 Tesla Note Episode 11 reveals the special assignment after Mikey failed his mission. Mikey talked with his boss, but he was surprised that his request was rejected. The boss explained why Oliver helped Mikey and why he could not accept his request. He realizes that they have failed to acquire the Shard of Tesla and reminds Mikey to pull his socks since they might be withdrawn from the special assignment. Botan, Ryou, Himi, and Kuruma have retrieved the Shard of Tesla after defeating the Bigfoot. In Tesla Note’s latest episode, Elmo met with the boss and apologized that he failed to bring the Shard of Tesla.

Mikey met with Oliver and talked about their boss. Oliver tells Mikey that he can retrieve the Shard. The chairman takes Mission T to the base, where they store the Shards of Tesla. He reveals why they have to be hidden and stored for safe use in the future. Botan’s grandfather reveals that no one has ever broken 90 tons of hardened steel to reach the Shards. The entrance opens by only entering the passcode. Kuruma wonders about using fingerprints or face recognition.

Botan and the rest of the team arrive home, and she prepares for the party. Kuruma complains about why they have to throw a party. Botan tells him that they are celebrating since the mission was a success. They enjoy eating and drinking, and Botan is surprised after noticing that Kuruma is eating like he has spent a week without eating. She thought that he wouldn’t eat since he was against the idea of the party. Ryo laughs at Kuruma, and everyone enjoys the party. Later, when they are sleeping, they receive a signal from the HQ and realize that they have to solve another case.

Kuruma woke Botan and told her that they had a mission. Tomouri told them to come to the HQ. Kuruma asks about the Shard of Tesla. They both head there; after realizing that Tomouri had dropped the call without saying something else. Botan learns that her grandfather was shot, and Tomouri reveals that they have taken him to the ICU, but he is still unconscious. Ryo wonders who attacked the Botan’s grandfather. Tomouri reveals what happened when he received the call from Botan’s grandfather last night.

The two met at the office since Botan’s grandfather insisted on meeting with Tomouri. But when he arrives, he finds that Botan’s grandfather was shot in the chest and sends him to the hospital, but he sees Him standing him.  Himi pushed Tomouri and escaped the room. Toumouri reveals that all the evidence leads to Himi since the fingerprints on the gun are his; Botan believes that Himi will never betray them. Kuruma thinks some must have framed him and sacred him with death threats. Tomouri explained what he knew and thought that they must capture Himi. Later Botan learns the truth from Himi.

Tesla Note Episode 11 will be released on 12 December 2021. Botan is glad that Himi protected her grandfather, and the misunderstanding was cleared. She knows that the guys from the other side shot her grandfather looking for the Shard of Tesla. The crew decided to look for the real culprit. Himi tells Toropumi that someone had set him up. Let’s look at Tesla Note Episode 11 official details.

Also Read: Will Tezuko Rescue The Resistance Organization In Episode 11 of AMAIM Warrior at the Borderline?.