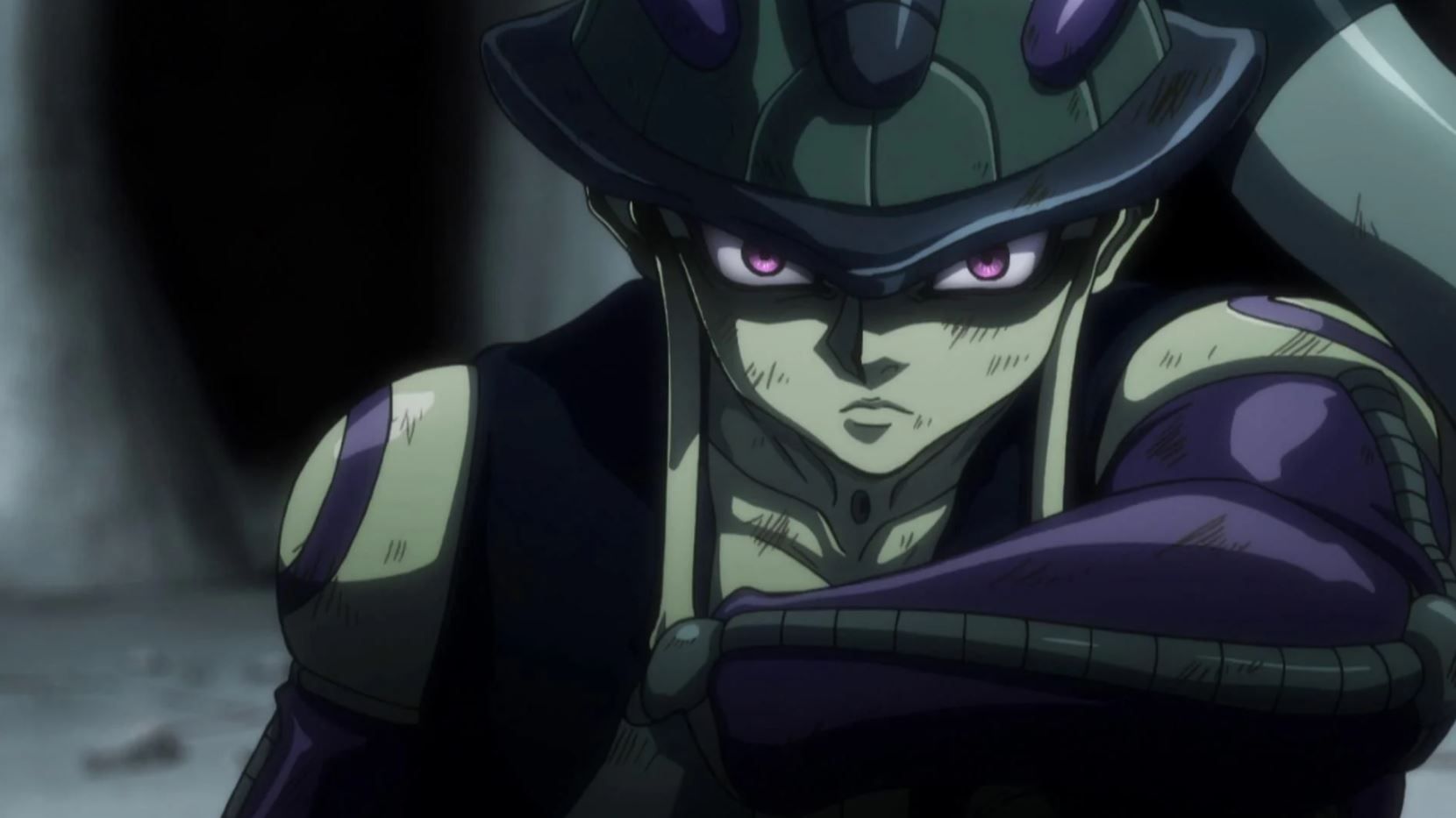 Meruem first appears in Hunter x Hunter’s Chimera Ant Arc. This arc is considered to be the best arc in the anime. Meruem is known to be one of the most intriguing villains in anime. As someone born with incredible strength, this non-human character thinks about many human questions. This arc has many unexpected deaths and is one that is very well made. It is equally balanced with intriguing characters, battles as well as emotions. So, within all this, will Meruem die in Hunter x Hunter?

Anime has a lot of amazing heroes, but they equally have amazing villains. Meruem from Hunter x Hunter is one such villain. But can we really call him that? Meruem may be the strongest antagonist in the whole anime. But can anything kill him? In order to know the answer to this question, we need to know about the events leading up to it. In this article, we will look into the life of Meruem right from the beginning and see if he will die in Hunter x Hunter.

The Chimera Ants are a race of giant ants that evolved to have human-like features. It all started on the Yoriban Continent. A Chimera Ant Queen with a large appetite feasted on all sorts of animals by the shore. Still, her hunger couldn’t be satisfied with these small beings as she was like 2 meters tall! Although being injured, she was determined to regain her strength to give birth to a powerful Ant King. Before that, she gave birth to these “soldiers” that would hunt for her. When nothing seemed to be satisfactory to their Queen, two Chimera-Ant-Soldiers captured two large creatures, who turned out to be humans. After finding their flavor enticing, she decides that she needs more of these on the menu.

Now, here’s the thing about this Ant Queen: Her offsprings are sorta like reincarnations of whatever she eats/ate. So if she ate a fish and a butterfly, you would get a hybrid of these. In this sense, she went on to give birth to Ants with human-like features. Colt was the first human-ant to be born, and he was the reincarnation of one of the two kids she first savored.

Meanwhile, Gon and Killua reunite with Kite and his team, who are on an exploration to find new species. Eventually, they are led to a new species discovered, but the only evidence is a giant leg. On the other hand, Pokkle’s squad is captured by a Chimera Ant named Zazan and her squad. A member from the former’s squad, Ponzu, almost escapes her death but is later killed by an Ant. However, Ponzu manages to reveal these happenings to Kite’s squad by sending a message using her bees.

After receiving the message, Kite and his team, along with Gon and Killua, decide to make preparations to discover and fight these ants. After intense battles with ants like Rammot and Yunju’s Squad, the trio comes across Neferpitou, one of the Royal Guards. She cuts of Kite’s arm and realizes the gravity of the situation, and Kite tells Killua to take the knocked-out Gon and run away. At this point, Pitou already had used Pokkle’s brain to learn about Nen.

Luckily, reinforcements arrive – Isaac Netero, Knov, and Morel Mackernasey. Netero sends Killua and Gon to find two assassins Palm and Knuckle. They leave and are again trained by Biscuit. Meanwhile, Netero and his group manage to kill some Chimera Ants, while Pitou is shown with Kite’s head on her lap. The new and final Royal Guards Shaiapouf and Menthuthuyoupi are born, and not long after, the Chimera Ant Queen began to give birth to the King.

As mentioned, the ant Queen wanted to give birth to a very powerful King. Although prematurely born, the King rips his way out of the Queen, rendering the latter in a life-threatening situation. When the King is born, he immediately shows disregard for those weaker than him. He even ended up indulging in cannibalism by eating two of the ants. The Royal Guards, along with the King, left to carry on their attack.

Meruem respects those who are strong around him. However, he is still very disrespectful. He also lacks empathy and immediately gets to work with carrying out his duties. He and the Royal Guards planned a Selection Day, which could be the day 99% of the human race would die.

While awaiting the Selection Day, Meruem decides to kill time by playing board games with champions. Since he disregards anybody weaker than him and is a genius himself, he kills almost all the champions who lost against him, except one. This champion of the board game Gungi was a blind girl named Komugi. To his surprise, Meruem kept losing against Komugi, making him place a bet – he bet his arm while she betted her life as her only skill was the game she was good at and had no other reason to live. Sensing no greed and fear in her, Meruem rips off his arm not because of the bet but as an apology for thinking of her as someone low. He then gains incredible respect for Komugi.

Another aspect of Meruem was that he wanted to know his name. Interestingly, this is something very human-like of him. Before Komugi leaves for a short break, Meruem asks her name, but then she asks him for his name, and he is left in confusion. Knowing his name was a start to knowing who he was, something we often see Meruem pondering upon. He even asks Komugi what her name is because of this. He wanted to know her. Despite being arrogant and having a lot of pride, he humbled himself by wanting to learn more. When the guards tell him that he is a King, they dismiss it by saying that the word “King” is a title, not his name. He is often seeing pondering upon the things humans do and ends up questioning his existence in the end.

Meanwhile, Netero’s group plans their attack where it is decided that Netero, himself, will fight the invincible Meruem.

After considering that he sees humans as other beings than life-stocks, he tells Netero that he would spare him if he surrendered. Netero, however, has no thoughts of doing so, yet Meruem is persistent that he doesn’t want to fight as he now thinks that power should be used to protect those who are weak. Seriously, can we call him a villain?

Netero strikes Meruem with the First-Hand after activating his technique called the 100-Type Guanyin Bodhisattva. Meruem, although appalled, tells Netero that he still won’t fight. Netero then uses the Third-hand. With still no response from Meruem, he asks him his name as Netero was someone who knew his name because the dying Ant Queen had uttered it. This gives him the reaction he wanted from Meruem, and they begin one of the most interesting battles in the anime.

Netero is the second human that Meruem comes to respect, mainly because he is a strong opponent. However, although Netero used the ninety-ninth hand on Meruem, the latter is left with only little injury. Meruem, on the other hand, manages to rip not only Netero’s leg off but also his arms. Netero then goes on to use his Zero Hand, but again, this doesn’t cause any tremendous damage to Meruem.

Netero then uses his last resort. A powerful blow that even caused Meruem to feel fear for the first time. Before the Poor Man’s Rose bomb was detonated, Netero revealed Meruem’s name. Unable to retreat quickly, this suicide bomb causes massive injuries to Meruem, including him, forgetting most of the events.

Yes, Meruem will die in the Hunter x Hunter, but his death is one of the sweetest death in the anime.

After the bomb detonation and luckily for him, his guards find him and recover his injuries. Because of his partial amnesia, he tries to recall the events but ends up thinking about Gungi.

When Komugi was injured before the Netero’s battle invitation, Meruem had left Pitou to heal her. However, upon Gon and Killua’s arrival, Pitou had to make some changes in the plan. As Gon takes Pitou to “heal” Kite’s heavily-damaged body, Killua, along with Palm, uses Komugi as a hostage. However, in the end, Killua leaves Komugi with Palm and goes to where Gon is.

Upon returning to the palace, one of his Royal Guards, Shaiapouf, makes efforts in order to help Meruem forget Komugi’s existence altogether. But sadly, this doesn’t work out for him. He realizes that Pouf is hiding something from him and demands to know the secret. Suddenly, they start coughing up blood. It is then revealed that Netero’s final attack wasn’t in vain but had an ulterior motive. The blast induced poison. Unaware, the third Royal Guard, Youpi, dies. When Meruem asks the Ant Welfin about Youpi’s death, he tells the King that he had nothing to do with it. At the end, when Meruem learns that Welfin knew the secret Pouf was hiding, he gives off a murderous aura. The scared Welfin then utters Komugi’s name. This causes Meruem to remember everything.

Soon, after Pouf’s death because of the poison, Meruem understands that his time is running out too. His last wish is to be with Komugi. When he comes across Palm, he almost begs her to take him to Komugi while acknowledging the fact that humans are superior to his own species. After a lot of thinking and crying, Palm finally lets him go to Komugi.

When they finally meet, they prepare for a game of Gungi. Before the game, he tells her his name. After a while, he notices that Komugi is crying, the reason being that she doesn’t deserve the happiness she has at the moment. After consideration, Meruem tells her about the poison, mentioning that it will affect her too, and asks her to leave. But Komugi stays.

Feeling the effects kicking in, Meruem tells Komugi that he will be taking a break and asks her to hold his hand. He then asks her if she would stay by his side, to which she responds positively. Taking his name for the last time, as he demanded, she bids him good night, and after thanking her, Meruem dies in her arms, followed by her, causing the demise of one of the greatest antagonists in anime.