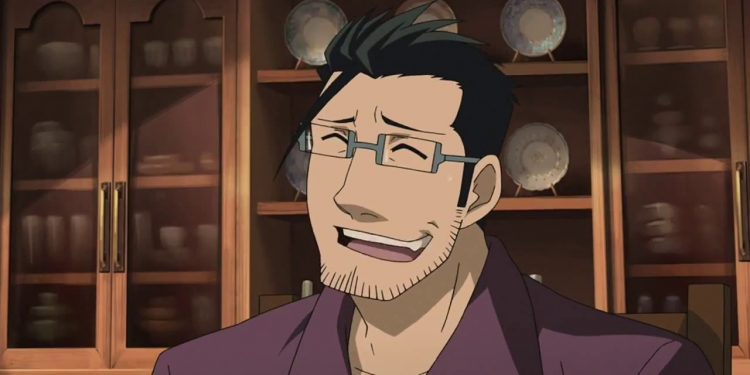 Fullmetal Alchemist is one of the anime that can be binge-watched because of its exciting storyline and good interesting characters. However, there was one character from the anime that stole hearts for the kind-hearted person he was. His name is Maes Hughes. So, will Maes Hughes die in Fullmetal Alchemist? Hughes made his debut in the manga in Chapter 6 and in the 2009 series in episode 5.

In the anime, Hughes played a big part in making our protagonists feel at home. He offered them to stay at his place. Hughes has a bright and friendly personality that can make him irritating at times, but again, we cannot hate him for it. He has immense love for the people he is close to. However, he takes this love to another level when it comes to his wife, Gracia, and his daughter, Elicia. Since this family man is a nice character, we cannot help but think about how we would like to protect him. It would be a shame if he happened to be brutally murdered. 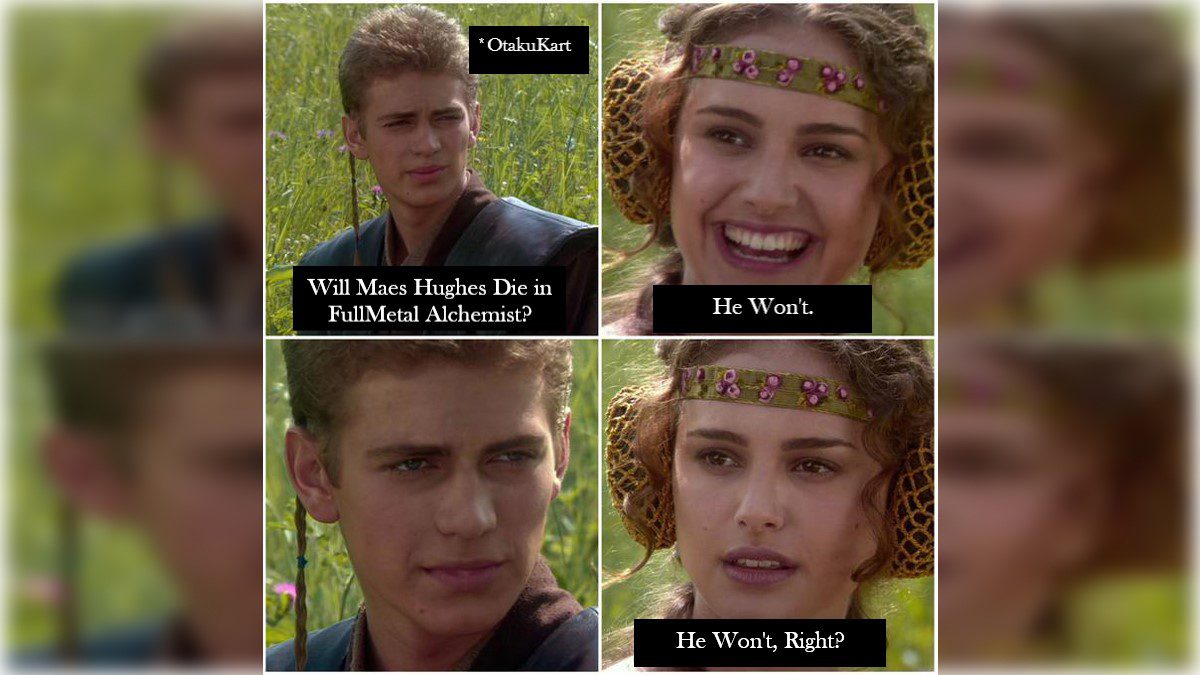 Fullmetal Alchemist is an anime about two brothers who use alchemy to revive their dead mother. However, this alchemy goes horribly wrong, causing one brother to lose his right arm and left leg and the other one to lose his whole body. In order to restore what was lost, these brothers go on a quest to find the Philosopher’s Stone. The Philosopher’s Stone is a powerful asset when it comes to human transmutation, which bypasses the limitations of alchemy. In this pursuit, they come across the truths of things going on behind the scenes.

These Philosopher’s Stones can create Artificial Humans or, as referred to in the anime, Homunculus. In the anime, these Homunculi are named after the Seven Deadly Sins – Pride, Wrath, Lust, Greed, Gluttony, Sloth, and Envy. They are created by someone they refer to as their Father. Their goal was to help Father reach his four hundred year goal, The Promised Day.

Now, Maes Hughes, although being a goofball, was a smart character. Long before the other characters, he had connected all the dots that would go on to reveal what these Homunculi were trying to achieve. He made the connection between the endless uprisings, philosopher’s stone, human sacrifices, and the genocide of the Ishval civilians.

Yes, Maes Hughes will die in Fullmetal Alchemist. The morning when he left for work, he promised his family that he would make it home early. However, that evening he spent his time finding out about the information given to him by the Elric brothers. While working on this, he realized that he needed to visit the archives. He knew there was a connection between the endless uprisings, philosopher’s stone, human sacrifices, and the genocide of the Ishval civilians. Suddenly, he was given a surprise visit by one of the homunculi, Lust.

“Cool tattoo” was the first thing he told her when he recognized the mark of the Ouroboros on her, identifying her as a homunculus. She then strikes him a blow, but he retaliates by throwing one of his daggers on her forehead. Assuming he had killed her, he needed to tell Colonel Roy Mustang, also his good friend, about his discovery. He decided that it was better to make a phone call from a booth outside the office. As he dialed the number, he was asked to stop at gunpoint by the second lieutenant Ross.

But again, Hughes is smart, so he immediately recognizes that this wasn’t Ross, but in fact, it was somebody else because of the mole the former always had under her eye. It was indeed another Homunculus, Envy. When he was ready to make another attack, Hughes turned around with his dagger but stopped midway as Envy transformed into his wife and was pointing a gun at him. Hughes having a soft spot, couldn’t attack “his wife”. This, in turn, was something that cost him his life as he was shot twice by Envy.

His death was a surprise as nobody was expecting the episode to end in such a tragic way but what was sadder was the way his daughter reacted to his funeral. During the burial, she asked her mother why they were burying her dad because if so, then he wouldn’t be able to go to work. This is a scene that made us all bawl our eyes out no matter how many times we watched it.

It is also one of the most emotional moments for Roy Mustang as we see him crying for the first time in the series. Denying his tears, he tells his Lieutenant Riza that it was a terrible day for it to rain. Confused, Riza was about to tell him otherwise but was cut short after noticing his tears. Interestingly, since Roy is a fire alchemist, he isn’t very helpful when it rains. This could mean that although he needs to investigate this as a Colonel, he is at the moment useless because of his friend’s death. But don’t worry, in the end, Roy was pretty scary when it came to beating up Envy.

Is The Crown Prince Under Attack in ‘The Red Sleeve Cuff’ Episode 9?