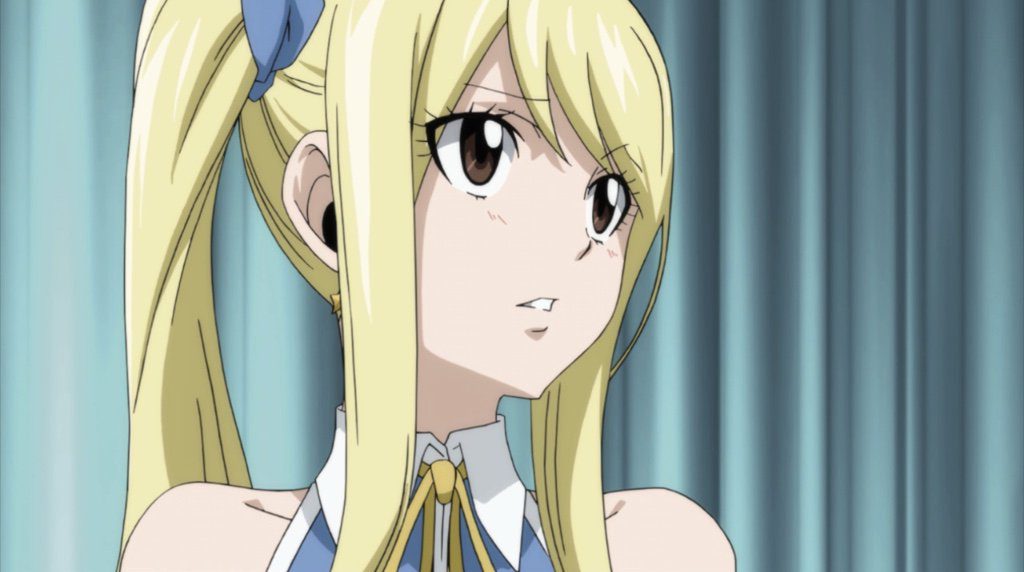 Will Lucy Heartfilia die in Fairy Tail? Lucy from Fairy Tail must be a fairy or beautiful princess of a dreamy island. This must be the first thing that might pop up in the minds of many people who are unaware of Fairy Tail. What are you talking about? We all watched Fairy Tales in our childhood, we all are aware of it, you all might be screaming this while reading. But let me tell you, people, that Fairy Tale and Fairy Tail are more than just a mere spelling difference. The first one is for kids, and the second one is strictly not for kids. Why? You will find out sooner or later. Let me introduce the series to you.

The Japanese manga series Fairy Tail was drafted and illustrated by Hiro Mashima. The manga was published by Kodansha and till now is collected into 63 tankobon volumes. After the immense popularity and successful response from manga and anime adaption were also released. An anime series with the same name was released on 12th October 2009 and concluded on 29th September 2019. Both the manga and anime series were super popular and literally ruled the time they were released. Till now, the series has him named in the best anime series till now.

Lucy Heartfilia is the main protagonist of the series Fairy Tail. The plot of the anime series goes around the adventures of a girl Lucy Hearfilia who left her house and the life of a literal princess to become a great mage. In her journey to become one, she reached the city of Magnolia, where she finds out about Fairy Tail – a very popular mage guild. When she reached there, she met all the mages of Fairy Tail and decided to join the guild and be one of the kids of Master Makarov. After that, all her adventures that are associated with the guild started. She befriended Natsu Dragoneel, the other protagonist of the series, Erza Scarlet and Gray Fullbuster, together making the team Natsu. From the appearance, Lucy is just like a normal girl but with a curvaceous body. She has golden blonde hair and a pair of big black eyes.

As for Lucy’s personality, she is a very kind and gentle-hearted girl who easily befriends everyone. Being very beautiful, Lucy is very proud and conscious of her looks. Unlike much other anime series, you will get to witness the protagonist in many pretty outfits. As for her abilities, Lucy is a celestial wizard and can use Celestial Spirit Magic. Just like any other female character, she was also underestimated, but I must say that she is powerful. Not in the initial stages, though, as the series progressed, she performed many forbidden spells like Urano Metria, Star dress (granted to her by celestial spirit king), unison raid, fairy sphere, Gottfried, and most important Lucy kick. She is a very able mage but will she be able to make it till the end of the series? Let’s find out. 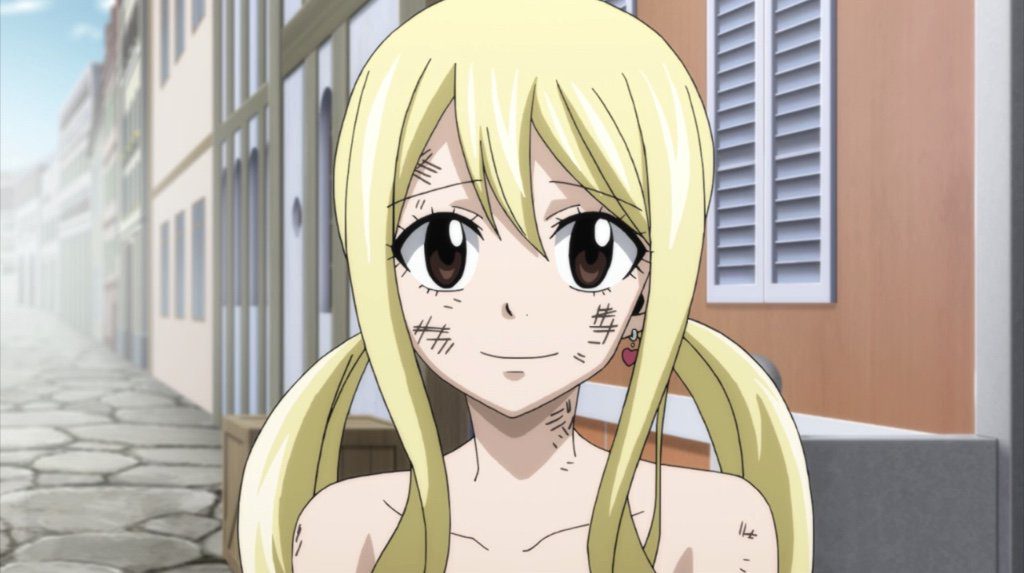 Yes, she is the protagonist, and the first question that arises is, Can the protagonist die? I must say the world is full of unknown and unexpected happenings. When things are going just the right way, something wrong happens. And when life is taking the most expected turns, something very unexpected happens. Life happens, people, but all we can do is to carry on. So, in the same way, even the protagonist can die, so will Lucy die? Clench your hearts, people I am going to reveal the answers. The answer is No, Lucy will not die she is going to be with us till the very end. However, there were some scenes where we thought that we had lost her.

During the Alvarez Arc, when Fairy Tail and the whole Magnolia were attacked by Zeref and his demons, Lucy get into a battle. At that time, there was a mystery about the strongest demon END. While her battle with Brandish was coming to an end, they both were interrupted by Dimaria. Dimaria is capable of moving very fast and literally teleporting from one place to another in the blink of an eye. She captured Lucy and Natsu tied up. While Lucy was in all her scenes, Natsu was unconscious. Dimaria tortured Lucy by removing her clothes and even stabbing her eyes. While Dimaria was stabbing Lucy’s eyes, she cried out for Natsu’s help, and everything goes black.

Lucy was lying there unconscious, Natsu, who thought that Lucy is dead loses his control and turns into END, thus entering Dimaria’s time sphere and ending her in no time. As Natsu thought that Lucy was dead, after regaining consciousness, she was surprised by Natsu’s action and thus moves to find him. Hence, Lucy didn’t die. 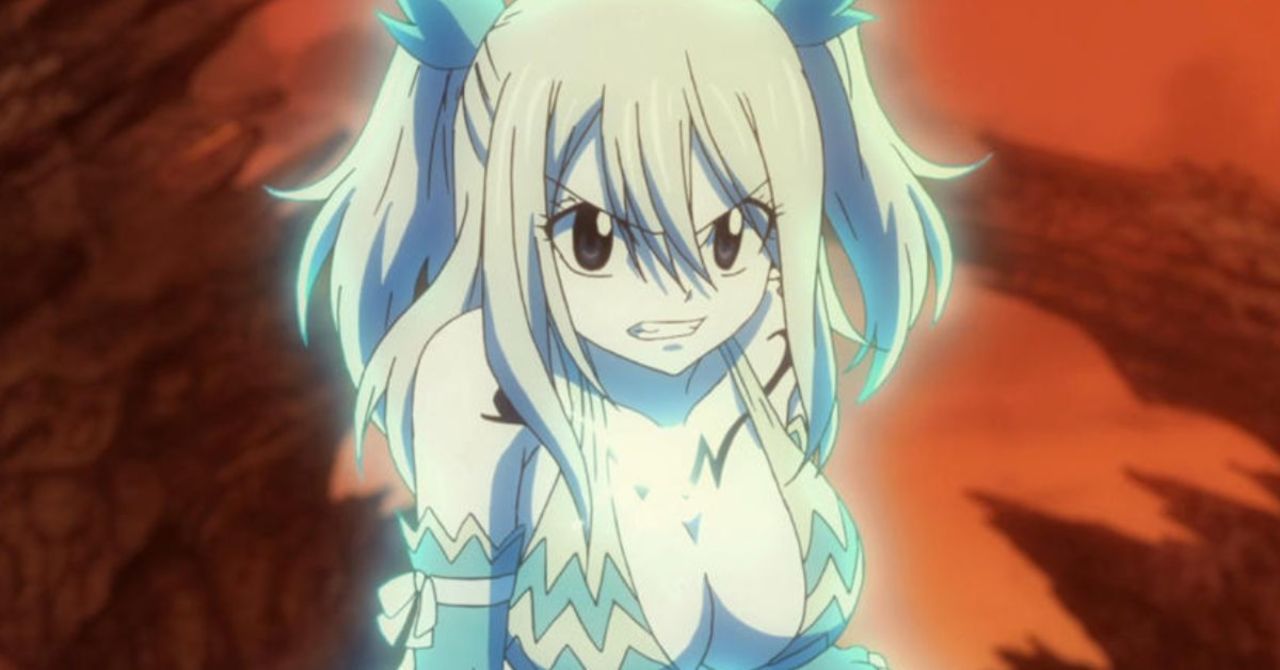