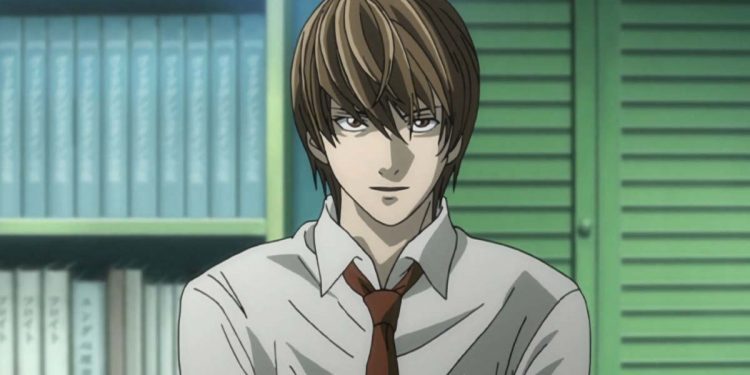 Will Light Yagami die in Death Note? Are you one of those who can’t decide whether Light is the protagonist or the antagonist of the series Death Note? The people who don’t know about light, stick to the article till the very end, I will tell you everything that you need to know about this matter. Will light die in Death Note? Why will he die? and Who will kill him? Everything has been discussed in this article. So, let’s begin with the introduction of the series and the main character. The manga series Death Note is one of the top-ranked manga series among the mystery, psychological and supernatural thrillers.

The Japanese manga series Death Note is drafted by Tsugumi Ohba and was illustrated by Takeshi Obata. A novel was also been published by Shueisha on 1st August 2006 titled Death Note Another Note: The Los Angeles BB Murder Cases. After the overwhelming performance of these two pieces of work, an anime series was also released on 3rd October 2006 that ended on 26th June 2007. The series has been ended but the popularity is still increasing. Along with this, many questions are arising one of them is Will Light Yagami die in Death Note? So, let’s see will he make it to the end of the series or not.

Light Yagami is also known as “Kira” was the main protagonist of the series Death Note. One day, Yagami gets this mysterious black book that is known as “Death Note”. The notebook is capable of killing anyone as long as the owner of the book knows the name and the face of the one he wanted to kill. The person will be killed instantly after writing their name in the notebook.

Initially, Yagami doubted the book’s ability and tried to kill high-profile criminals of Japan, after that he targeted the international criminals. Due to his action, he was visited by Ryuk a shinigami, and the previous holder of the book. As Yagami started to kill many criminals, his action gets people’s attention who later named him “Kira”.

Although Yagami just wanted to kill criminals all over the world, he unintentionally became a criminal himself. But it was not easy to catch Yagami because his identity is still been a secret. A genius investigator named L was appointed to find him. So, did Light manage to keep his identity discreet? Will anyone get to know about the real identity of Light? Let’s see what will happen.

Light has been killing all the criminals insanely while being delusional about doing good deeds. He has indirectly collected the points to add upon his sins. So, it is clear that someday, Light will face the consequences of him being an unintentional criminal. It has been defined by the nature, that no human being has this right to kill another human being by judging them upon their deeds. So, back to the main question now, will light Yagami die in Death note?

In Episode 37 of Death Note, a series of events took place that revealed Light’s identity as being Kira. As Light was aware that, somehow everyone will know his identity and he has to face the consequences. He decided to write everybody’s names that were presented in the room, except his. Near notices that something is wrong and eventually finds out that it was Light who is referred to as ‘Kira’. After all the attempts Light does, to clear his name, he admitted it after knowing that the Death Note, he has is the fake one, Near has the original one.

To throw his last chance, Light took out a paper from a death note that he was hiding in his watch and tries to write Near’s name on it. To prevent this Matsuda shoots Light. Still, Light was not giving up, this time he tries to write Near’s name on the page using his blood. This made Matsuda very agitated and he shot Light multiple times. At this time too, Light was not giving up, Mikami picks a pen and slits Light’s wrist with it. But this also didn’t prevent him from stopping. As Light was slowly dying and tired of all these gunshots. Ryuk, who was witnessing all this from a far-off tower, writes Light’s name on the death note and within 40 seconds, Light dies of a heart attack and this is how the series concluded.

ALSO READ: How Many Episodes Does Death Note Have? Streaming, Watch Guide & Manga