Will Lee Hwi’s Journey As The Crown Prince End In ‘The King’s Affection’ Episode 20?

From looking after the people of Joseon for years to making a royal bow down to a slave's grave. Will Episode 20 be the end of Lee Hwi's remarkable journey in The King's Affection? 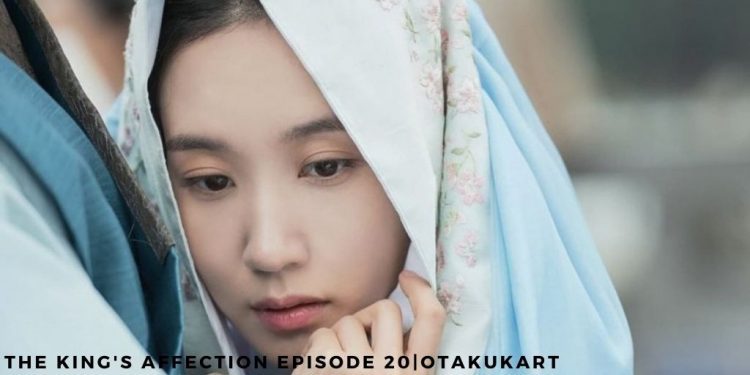 The King’s Affection Episode 20 will be gracing us soon. Although we are all are desperate to know what the finale of the show is going to be like, Eunuch Hong’s meme faces, Jung Ji Woon’s cute antics, Kim Ga On’s beautiful face, and last but not the least, the tale of a female ruling over Joseon will be forever cherished. From the very start, up until now, The King’s Affection did not have a single dull moment. The fear of Lee Hwi’s true identity being exposed would always loom over our heads. And if we were done worrying about that, the politics in the castle always had us on our toes.

The spectacular storyline written by Han Hee Jung (Clean With A Passion For Now) has fans guessing what will happen till the very last moment. From presenting a beautiful gay love story to perfectly portraying how difficult was it to be a girl during those times, The King’s Affection is perfect in all aspects. Furthermore, fans are pulling their hair outs, wondering what kind of an ending awaits their favorite couple. So without further ado, let us tell you all the details you need to know about The King’s Affection Episode 20.

The finale episode of The King’s Affection will leave us all shocked. The creators have done a meticulous job of giving just enough information to make our minds go wild. Thankfully, The King’s Affection Episode 20 will be released on the 14th of December. Moreover, this will be the last episode of this twenty episodes long masterpiece of a drama. Starring SF9’s Rowoon (Extraordinary You, She Would Never Know) and the beautiful Park Eun Bin (Father, I’ll Take Care Of You, The Ghost Detective), this historical drama covers topics that are considered taboo even in this day and age. A perfect blend of modern and history that did not seem out of place.

After becoming the King, the difficulty of hiding her identity increased ten folds for Da Mi. Adding to the pressure was her marriage to the beautiful Noh Ha Kyung, played by Jung Chae Yeon (My First First Love). Instead of brushing her off, being the kind-hearted person that Da Mi is, she consoles the Queen. What will be Queen No Ha Kyung’s reaction when she realizes that the King is actually a girl? Find out in Ep 20 of The King’s Affection.

How to Watch The King’s Affection Episode 20?

For viewers who are situated outside of South Korea, the timings are 10:00 am for the United States, 12:30 pm in the United Kingdom, 6:00 pm in India, 11:30 pm in Australia, and 7:30 pm in Canada. The King’s Affection Episode 20 is also available to watch on Netflix. Now you can enjoy this intriguing tale of a woman sitting on the Joseon throne with subtitles in multiple languages on Netflix.

What to Expect From The Finale Of The King’s Affection?

With the return of Lord Chang Woon, everything started going downhill. First, Prince Won San discovers the umbilical cord in the late KIng’s belongings. He proceeds to take this matter to the Dowager Queen and try to convince her that Lee Hwi is not fit for the throne. On one hand, his older brother is out to destroy Lee Hwi. And on the other Lee Hyun has been putting his life on the line to protect her. Furthermore, with threats flying from every corner, Da Mi’s guardian angels are all at risk. We saw her instructing Court Lady Kim and Eunuch Hong Bong Dok to leave the castle.

Da Mi has been distancing herself from the people she cares about the most so that they don’t get hurt. Fans are hoping that she will get to live her life peacefully somewhere far away from the palace. But if the truth about her identity is revealed, the result will be anything but peace. Make sure you do not miss out on The King’s Affection Episode 20 to know how this brilliant story wraps up.

Also read:  Top 8 Spectacular IU Kdrama That Prove She Is A Talented Queen