Will L Die in Death Note? Who Killed Him?

Lawliet, popularly known as L, is the world-renowned detective from the series Death Note, who is widely popular among fans for his intellect. 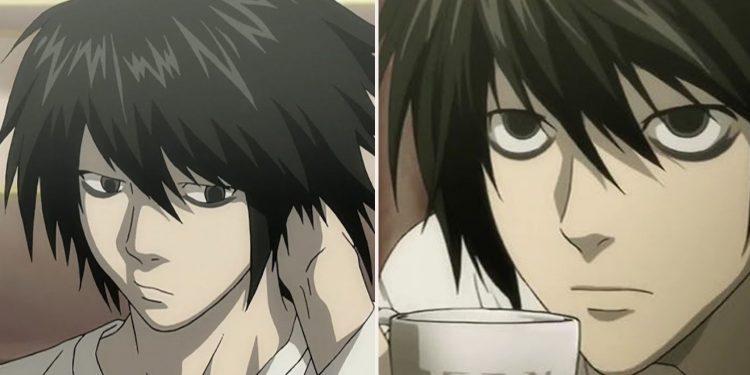 Do you want to know about L from Death Note? We will tell you everything you need to know. Have you ever seen a character from a certain movie, series, or anime that looks more like the protagonist than the actual protagonist? This is L for Death Note. So, will L die in Death Note? Although he was not the main character, the kinds of things he does in the anime make him a fan favorite even more than the protagonist. We are about to reveal all of it as you can read the article till the end to discover everything about this topic. Let’s begin with the introduction of the series.

The Japanese manga series “Death Note” was drafted by Tsugumi Ohba and was illustrated by Takeshi Obata. A novel based on the manga with the title Death Note Another Note: The Los Angeles BB Murder Cases was released. After immense popularity, an anime series based on the manga was released on 3rd October 2006 and ended on 26th June 2007.  It’s been so many years since the anime ended. Even now, new watchers of the anime come up with questions such as, will L die in Death Note? So here we are to quench your thirst.

Also Read: When did Death Note come out? How Did it Get So Popular?

Lawliet, popularly known as L, is the world-renowned detective from the series Death Note. L made his appearance in the middle of the series. He was appointed as the investigator to find the mass murderer “Kira”. While investigating, he suspected that the criminal was from Japan, so he sought the cooperation of NPA.

Although his real name of Lawliet, he was introduced on television by the name ‘L,’ the reason to which was very simple. He has a brain of a pure genius, and he suspected that the killer was hunting over people just by the knowledge of their names. So, he decided to keep his identity discreet, just like “Kira” and work undercover. “Kira” or Light Yagami was provoked a lot of times to make a move. Light was the first person who L befriended within the series, but L being a genius, had his suspicion on Light.

Through the series, L wanted to clear his suspicion over Light and wanted to prove that Light is the actual culprit and is the “Kira” everyone is looking for. So moving on, we are going to introduce you to new characters as well as new shinigami and their respective Death Notes. This disclosure is required for the new characters will lead us to the person who might kill L. So, let’s see whether L will die in Death Note.

Will L Die in Death Note?

Yes, L will die in Death Note. As we have mentioned above, as the series will proceed, you will get introduced to new characters. As we move further, we will get to know Rem and Misa. Misa is an actress, and Rem is her shinigami. Light and Misa were dating (not really), and they both were being “Kira”. Now, as the new characters are introduced, it’s time to reveal the killer of L. You guys might be sure about the killer by now. Of course, it has to be Light because it was L who was coming in his way, so he had the motive to kill him. But, it was Rem, Misa’s shinigami, who killed L.

L was very close to figuring out the identity of Kira and was about to eventually eliminate both Misa and Light. So, as a solution to this, Light asked Rem to kill L. He was not able to do so because L hadn’t revealed his real name that made it impossible for Light to write his name in the notebook. So, he manipulated Misa to ask Rem to do so. Why does he go for Rem when he can ask Ryuk? Just because Ryuk doesn’t care about anything and will not obey Light. Misa, who thought that Light really loved her, asked Rem to kill L, and as Rem loved Misa, she did what Misa said. Through her shinigami eyes, Rem found out the real name of L and wrote it on the Death Note.

Misa convinced Rem by saying that this man L was a threat to her life as he was investigating to find Kira and was very close to finding him. He will kill both Misa and Light once he finds this out. So, to this, Rem was convinced and wrote L’s name in the notebook, hence, killing him with a heart attack.