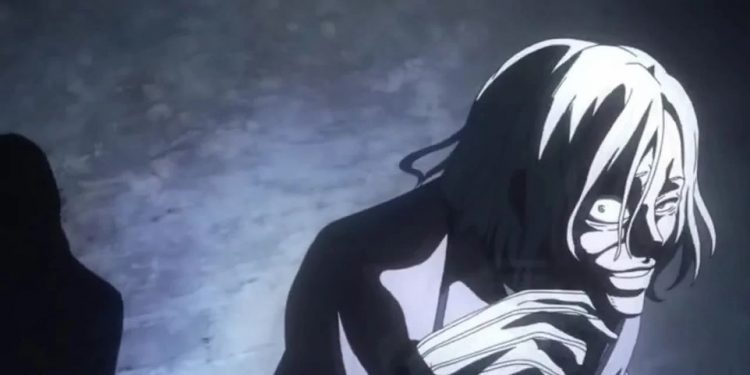 Will Kureo Mado die in Tokyo Ghoul or not? He should have died because of his villainous and torturing nature, but you will not know until you read the full article about him. But the question is, who is Kureo Mado, and why should he have died? I will help you to find the answers to your questions. So stay here with me till the end of the article.

Kureo Mado is one of the dangerous antagonists of the Tokyo Ghoul series. In Dove’s Emergence arc, he was the major antagonist. Mado is a Vengeful Psychopath type of villain. He has only one goal, exterminate all ghouls. He was also the main antagonist in the live-action film Tokyo Ghoul, which was released in 2017.

Kureo Mado is a Ghoul investigator in CCG. He wants revenge on the One-Eyed Ghoul who killed his beloved wife. His desire for revenge was what drove him insane, and he became a psychotic ghoul murderer. He was killing the Ghoul, but he never wanted to take revenge until his beloved wife died. Everything has started from there, his revenge, hatred against ghouls, his sadistic and villainous attitude towards ghouls. Toru kawa in Japanese and Kenny Green in English gave their voices for the anime version. Yo Izumi portrayed him in the live-action adaptation.

WIll Kureo Mado die in Tokyo Ghoul? Yes, he will die in Tokyo Ghoul. Touka Kirishima eventually killed him. As he always wanted to get revenge against ghouls. By following this path, he reached the moment where he killed Askai Fueguchi and Ryouko Fueguchi and used their Kagune to make Quinque, and when he fought against Hinami Fueguchi and Touka Kirishima. He used both of them as his own Quinque. After seeing that, Hinami could not resist herself. She lost her will to fight and gave up against him. She wanted to meet her mother and tell her how much she loved her. But thanks to Touka, who saved her from him.

Hinami Fueguchi is the daughter of Ryouko Fueguchi and Askai Fueguchi. Askai Fueguchi was a professional doctor who helped their patients. But because he was a ghouls’ race. He was followed by Jason (also known as Yamori) and Kureo Mado. Unfortunately, he was killed by Kureo Mado. Here is the first step towards his death. The second step was when he killed Ryouko, and the final step, where he was killed by Touka Kirishima.

Kureo Mado is a middle-aged man with sunken cheeks and a corpse-like countenance. He has long white hair and a wicked smirk on his face at all times. He’s slim and dressed in a white shirt, light grey slacks, and black shoes. Mado is dressed in a dark crimson necktie and a grey trench coat with sparkling silver embellishments. He usually wears white gloves and carries a briefcase.

Mado is a psychopath who is nasty, sadistic, and psychotic. He is well-known for his bigoted hatred of ghouls, and he makes it his mission to eliminate them all. Kureo sees ghouls as inhumane monsters that are disgusted when they show human-like feelings such as love and caring, dismissing them as lifeless beasts. He doesn’t believe any of them has the right to live a regular life. So that’s why he’s been killing every single Ghoul until they’re all gone. He is a skilled ghoul investigator who has researched and exploited their abilities and powers and can easily kill them.

His personality is one of the main reasons behind his death.

Kureo Mado enjoys slaying ghouls with savage glee. As we saw when he made fun of Hinami for missing her mother and father, and when Ryouko tried to remind him she had a family to watch out for, he just laughed. This reveals his ghoul-hating personality, and he does not care about how they feel, he wants to kill them. This is just an example of his inability to move on from his wife’s death and allow his wrath and rage to boil up inside him till he mirrored ghouls.

This malice, however, is only meant at ghouls. He is capable of loving and caring for his juniors, as evidenced by the fact that he is married, and he is a very dedicated and trustworthy instructor. Akira claims that he never desired or attempted to acquire a higher status than a First-Class investigator, claiming that this was all he needed to chase the Owl. He sneered at those in the CCG who were blindly after ranks. According to him, every CCG member is following the path they should not be followed. Akira Mado, his daughter, wants to spend more time with him so she can learn more from him.

Kureo Mado is one of the CCG’s most capable First-Class Ghoul investigators. His way of fighting is unique, sometimes he looks like a ghoul because of his skills. But as a normal human, he was not the guy who could easily defeat by his opponent.

Mado is a skilled fighter and a fierce opponent as a Ghoul Investigator, capable of fighting powerful ghouls like Yamori. In the fight, he uses one or two Quinques, and he has a big assortment of Quinques. Mado has a keen brain and a keen detective instinct since he can anticipate his adversaries’ maneuvers and devise sophisticated plans to trap the ghouls.

The Quinque created from Askai Fueguchi’s kagune is known as Fueguchi One. Quinque is a whip-like creature with a long, broad spine. It has been demonstrated to pierce both human and Ghoul flesh.  Fueguchi Two: The Koukaku Quinque was made from Ryouko Fueguchi’s kagune after he savagely murdered her. It bears the appearance of a flower, with four-direction pedals that can be employed in attacking and defensive. When Mado went up against Touka, he used it.

Also Read: Anime To Watch If You Are In Love With Tokyo Ghoul

Where can you watch Tokyo Ghoul?

A villain who was a good guy until his wife was not killed by a ghoul. After losing her, he has no will to live, even if he has a daughter. He just wanted to kill every single Ghoul so that he could face his wife. Interesting, right? If you guys are curious to know where you can watch Tokyo Ghoul. Do not worry, I will give you some best and free online streaming platforms so that you can stream without any worries.