Will Kuma Die In One Piece? The Fate Of Ex-Warlord Of The Sea Discussed 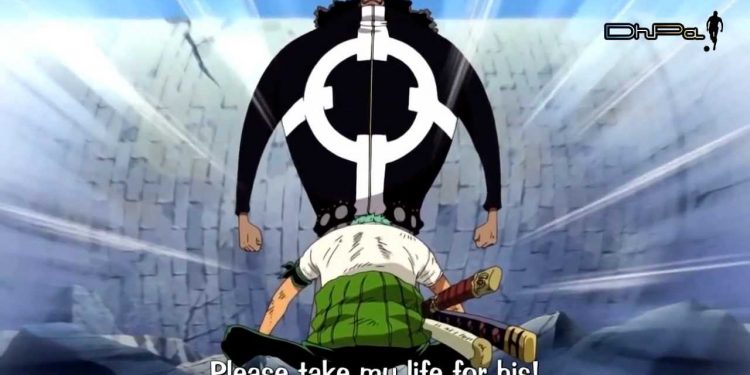 One Piece is one of the most popular shonen anime that exists on this planet and it covers characters that are closely related to ordinary people. One Piece not only connects us with the mysterious story but its side characters, fantasy world and unknown secrets hooked us to the screens for the past 22 years. At one point, you will praise your decision to watch the show. There are many characters who tried to bring certain changes to the world but in this article, we will talk about Bartholomew Kuma. We will discuss his overall Synopsys and what happened to him in the end. Make sure to read this article till the end.

Before talking straight to Kuma, let’s talk about the brief synopsis of One Piece anime. One Piece is a Japanese manga-based anime written and illustrated by Eiichiro Oda. The anime deals with Pirates and treasure. Our main protagonist Luffy set his aim to find the great treasure of One Piece and to become Pirate king. When he was 17, he set his journey to the sea and recruits many amazing crewmates along the way. Together they traveled many islands and defeated many bad pirates. Currently, the manga of the series is ongoing with over 1020+ chapters. If we talk about anime, It has over 1000+ episodes with a Weekly releasing schedule. Now let’s jump straight to our main topic.

Who Was Bartholomew Kuma?

Bartholomew Kuma was one of the seven warlords of the sea. He made his appearance in the Thriller Bark arc when Luffy and his crew were busy fighting with Moriya and his pirates. Kuma was the guy who tests Zoro’s loyalty toward his Captain. Later on, he made his appearance on screen in the Saboady arc where he teleports each Mugiwaras to different places. Much later in the series, it is revealed that Kuma works in the Revolutionary army under Luffy’s father Monkey D. Dragon. He was the one who trained Sabo and made him worthy to become chief of the Revolutionary army. He just helped Strawhats to run away from Kizaru in the Saboady arc. What happened to him? Let’s find out in the next section.

What Happened To Bartholomew Kuma?

As we talk above, Kuma was the warlord of the sea which means he was associated with the Navy. Warlords are basically legal pirates approved by the World Government. After the system of Warlord gets abolished in the Reverie Treaty, Kuma was abducted by World Government and Nobles in MarieJois. Sabo couldn’t stop himself and rushed to the Holy land of Mariejois to save him but what he saw there can break anyone’s heart.

He saw Kuma is treated like an animal by Celestial Dragons. He tried to save him but was somehow stopped by another pirate of Revolutionaries. Did Kuma Die? What Happened To Sabo? is still a mystery in One Piece and we will know only after the current arc, Wano Kuni. Even Morgans are not allowed in Wano Kuni to deliver outside news as the country is totally Isolated.

Now comes the final part, Where to watch the anime? There are many websites that allow us to watch the show officially and legally but the most popular site is Crunchyroll. Crunchyroll allows us to watch not only One Piece but thousand other anime on a single subscription anytime anywhere in the highest quality possible. If you don’t want to pay for the subscription, you can still enjoy the show in an ad-supported format in Standard Quality. We highly encourage you to watch anime legally as it helps creators financially to do great work.