Kiritsugo Emiya is the major protagonist of Fate/Zero series. Who was he? What happened to him in the end? Let's find out.. 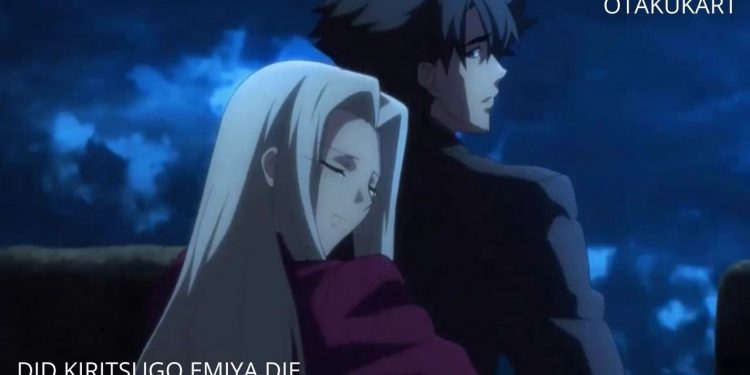 Fate series is one of the widely known manga series which characterizes many popular characters of the anime world. One such character is Kiritsugo Emiya. He is one of the most badass characters of the series who leave a heavy impact on the fans. In this article, we are going to discuss every single detail about him and discuss where his fate took him in the end? Who Was He? What Goal He Had? What Happened To Him? There are many questions that need to be answered. We will answer each question of yours in this article so make sure to read this till the end.

Before coming to the character, first, let’s discuss the brief synopsis of the Fate series. Fate series is the series of many fate shows like Fate/Zero and Fate/Stay Night, etc. Fate Series is a Japanese light novel written and illustrated by Takashi Takeuchi. Fate/Zero is the prequel of Fate/Stay Night and revolves around the major protagonist Kiritsugo Emiya who is a merciless killer who joins a certain tournament on behalf of his wife’s family, The Einzberns. Certain events unfold throughout the series which will hook you to your screens. Now let’s dive into our main topic.

Kiritsugo Emiya is the major protagonist of the Fate/Zero series. He is the master of Saber in the Yon Holy Grail War of the series Fate/Zero. He has a wife, Irisviel Von Einzbern, a father and a child  Illyasviel von Einzbern, and an adopted child Shirou Emiya. He is a Magus Killer by profession. His childhood didn’t spend very well and he lost his mother at a very young age. He spent his childhood wondering about his father and the world. If we talk about his personality, He is a very conflicted person. When he was young, he wanted to become a hero who protects the weak. Even Shirley believed that only he had the power to change the world. When She became the dead apostle, he was hesitated to kill her which resulted in everyone’s death around him. He later realized that His father is the reason behind all this chaos. He later killed his father to prevent further chaos. He realized that the world he imagined can’t be possible and deaths and chaos will continue to exist. His emotions were dried out and became a merciless killer.

If we talk about Kiritsugo’s Appearance, he mostly wears a black suit and trench coat. In childhood, he looks cheerful but after seeing the chaos and truth of the world, he became deed serious and his eyes became vacant.

What Happened To Kiritsugo Emiya in the end? Did he die? Yes. He died from an illness five years after the fourth Holy Grail War. The main reason behind his death was Angra Mainyu’s curse as his limbs became numb and his sight was lost and his circuits in the body became useless. He was watching the moon with Shirou when he was on his final breaths. He in fact died peacefully with no regrets. He died before the Fate/Stay Night series but still has influence and reference in many Fate series. He was buried in the graveyard behind Ryuudou Temple.

Where To Watch The Fate Series?

Now comes the final topic which is, where to watch Fate Series? The best and most recommended platform to watch the Fate Series is Crunchyroll. Crunchyroll is also known as the warehouse of anime because it has a vast amount of anime databases. On a single subscription, you can enjoy not only the Fate series but thousands of anime shows anytime anywhere in Highest Quality. The subscription prices are very affordable which even lets you download your favorite anime and enjoy it in the meantime. If you are following any ongoing show, Crunchyroll also supports simulcasting which means, you can enjoy the episode as soon as it gets aired in Japan. The best part of this platform is, If you don’t want to pay for the subscription, you can still enjoy your favorite anime with ads in Standard Quality as it supports ad-supported content.

We at Otakukart only support the Legal way of watching anime as it helps creators financially and encourages them to continue doing the good work.