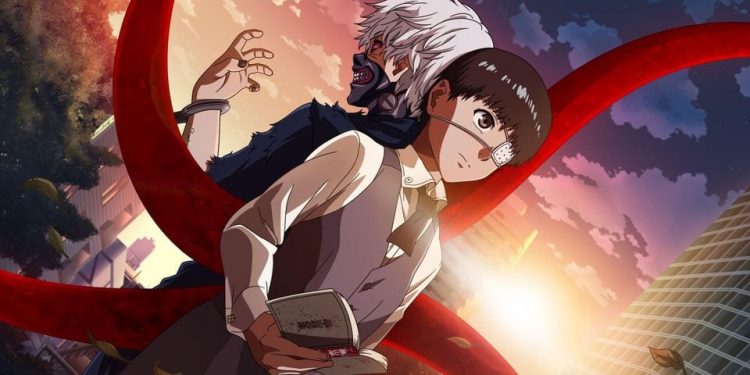 Ken Kaneki as Before and After | OtakuKart

Ken Kaneki is the star of Tokyo Ghoul. Yeah, In short, he is the protagonist who never thinks of himself as a protagonist, just a college student who used to tell a tragic story. As he said in the First Chapter of the Manga,” I am not a protagonist of a novel or anything. I am just a college student who likes to read as you could find anywhere. But…. if, for argument’s sake, you were to write a story with me in the lead role, it would certainly be…. a tragedy.” These words describe that how he was mentally designed. And how he is going to perform throughout the Anime series.

Ken Kaneki is not only the protagonist of Tokyo Ghoul, but he is also the husband of Touka Kirishima who has a major role in both ( Manga and Anime ). We also saw Ken Kaneki’s daughter at the end of the anime series and her name is Ichika Kaneki. He was represented as a Kamii University student studying Japanese literature. Following the transplantation of Rize Kamishiro’s kakuhou into him. Then he became a one-eyed ghoul. His normal life changed into a tragic life.

Ken Kaneki was the first artificial one-eyed ghoul ever discovered. Quinx is inspired by his peculiar half-ghoul, half-human existence. He had no idea he would turn out to be like that. Kaneki attempted to live without feeding humans, but it was futile. He learns how to survive as a ghoul after joining Anteiku as a part-timer and Eyepatch is the name given to Ken Kaneki by humans.

Also Read: Will Eto Yoshimura Die In Tokyo Ghoul? All About The One-Eyed Owl Discussed

Will Ken Kaneki die in Tokyo Ghoul? No, he will not die, because he survived like a real hero but unfortunately he is a tragic anti-hero. But there was some incident where the chances of his death were high. The first incident was when Yamori (also known as Jason) was torturing him same as he got tortured by a sadistic investigator at the 23rd ward’s Ghoul Detention Centre, Cochlea. During his imprisonment, he learned about ways to torture ghouls for getting information from them. So he applied the same method to Kaneki. But, because of his continuous torturing process, he became a different character as he was never before. That was the time where we felt like he will die but he killed Yamori.

The second incident was when he felt that he had lost Hide (his best friend) again, he stood in front of Kishou Arima holding him in his hand. That was the moment when he would be killed by Arima. But Arima took him and his memory was erased by CCG. Then he was used as a Rank 1 Ghoul Investigator by CCG, under the identity of Haise Sasaki.

The third incident was when he become Dragon to protect Touka Kirishima because she was pregnant. That was the moment when he realized that he was completely useless, he could not even save her. But he did not know that his morphosis into Dragon had saved Touka. Dragon ( a huge uncontrollable Kagune ) that destroyed large portions of Tokyo and made everyone’s worried about Ken Kaneki. But with the help of the GOAT and CCG, they eventually found him.

Ken Kaneki is a character who developed throughout the series. He was a thin and short young man who preferred to read books as a child. Kaneki has a scar on the right side of his abdomen from the transplant surgery after the steel beam event. A turquoise hoodie, light black slacks, and running shoes with a yellow toe and blue outlines reaching to the black base of the soles make up his casual ensemble.

He donned the Anteiku waiter costume, which consisted of black trousers and a grey waistcoat over a white shirt and a black necktie, to work. He also covered his left eye with a medical eye patch. His appearance changed dramatically after Jason tortured him. His dark hair had entirely become white, his nails were no more whitened in color because of the color of his nails black, and he developed a more muscular physique than before.

His ghoul mask looks like a leather gimp mask with a patch over his left eye. It has a mouth that is devoid of lips and gnashing teeth. It is like a confined monster attempting to devour mankind. Following his transformation into Haise Sasaki, he favored black shirts and pinstripe pants with a knee-length white trench coat, as well as the traditional professional clothes of a ghoul detective.

After the Tsukiyama Family Extermination Operation, his hair had completely changed again to its original black color, and he began to wear his glasses in most situations. He donned the Kishou Arima Squad Uniform in black, with a black shirt, black slacks, and a long black trench coat.

Ken Kaneki had a collection of personalities like his appearances. Before the Aogiri incident, Hide was his single best buddy, and he was quiet and guarded. He spent most of his time reading, mostly novels. He was extremely gentle and, for the most part, seemed upbeat.

After the Aogiri incident, he threw out his old philosophy of “being hurt rather than hurting others,” vowing to crush anyone who attempted to undermine his place of belonging. Jason, his tormentor, instilled in him the habit of cracking his knuckles. To protect his buddies, Kaneki became merciless, vicious, and brutal. He was no longer afraid of his ghoul side, and he became more vicious in battle.

Ken Kaneki died in Tokyo Ghoul? No, thanks to his powers and abilities. Ken Kaneki got the main attraction because of his powers and abilities. Like his appearance and personality, he has a collection of power and abilities. He had no powers before transplantation but Kaneki has shown a unique healing element, as well as a rinkaku kagune with tentacles and heightened physical power, after inheriting Rize Kamishiro’s kakuhou. He got superhuman strength where he easily beat Ayato Kirishima, Touka’s brother.

His abilities increased more as superhuman speed and endurance. Kaneki was flying at breakneck speed, whenever he came to the battlefield. One of his superhuman endurance’s examples, Kaneki was able to withstand many hits in his weakened state during his second encounter with Nishiki. He has many more abilities like superhuman regeneration, kagune manipulation, immense pain tolerance, ghoulification toxin immunity, and swordsmanship.

Where you can watch Tokyo Ghoul?