The anime where reality can change on the fist bump, we will discuss a major event that bifurcate the future events with great possibilities. 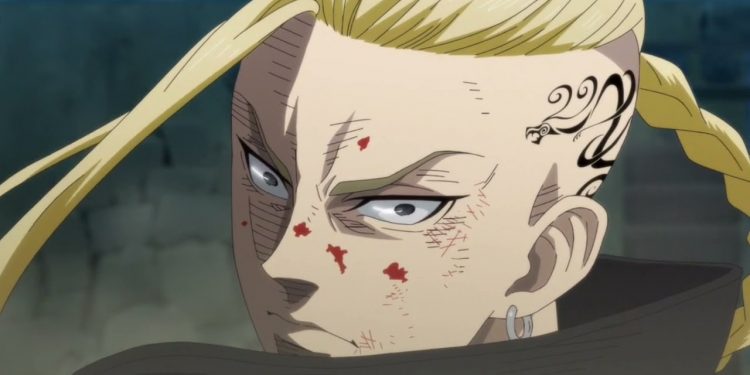 Will Ken Ryuguji aka Draken, die in Tokyo Revengers? This question is usually asked by many otakus while following the show because this anime is famous to change the realities by changing the past. There are multiple realities we have seen in Tokyo Revengers, be it with Takemichi, be it for her girlfriend Hinata, be it for Mikey or his friends. Initially, he tried to save his girlfriend from the accident that happened by Tokyo Manji Gang in the current time with Naoto, Hinata’s younger brother. Later he found that the realities are curving in a whole other direction, and there he took a pledge to save every one whom he lost in the future and will replicate each mistake he had made in his childhood, and this is where anime’s plot sums up.

Initially, Takemichi and Naoto think of Tokyo Manji Gang as an evil organization, but when Takemichi travels in the past, he found that the gang is not evil and the president itself is a cool and light-hearted guy Mikey. Mikey saved Takemichi from getting beaten up by seniors and made him her buddy alongside Draken. Mikey, Draken, and Takemichi started making brothers bond and eventually came closer and even started discussing their terrible past. Draken shared with Takemichi how he was raised and born in a Brothel where he lacks resources to study. Mikey shared how badly he lost his elder brother in the past by one of the founder members of Toman(Tokyo Manji Gang). But in the present, Takemichi saw the whole another reality which he couldn’t even think, so he tried hard to change that one. The major thing that included in the current Harsh reality was, Draken is dead, and Mikey turned evil. This is surprising at first, but we will discuss each aspect of this incident in this article. So make sure to read this article till the end.

Will Draken Die In Tokyo Revengers?

This question has multiple answers because Takemichi often changed the reality many times. He even saved Draken once from getting murdered, but it seems like his fate is unchangeable and death is inevitable in his case. In Chapter 224 of Tokyo Revengers, Draken gets died by losing too much blood in a fight against Rokuhara Tandai. Takemichi was on a date with Senju, and then Draken knew about the plan of Rokuhara to kill Takemichi. Rokuhara Tandai fired the first shot towards Takemichi but luckily missed the shot. He fired another bullet towards Takemichi, but Draken jumps in between them and gets heavily wounded. The gunshot creates havoc and attracts people so Senju recommends Takemichi and Draken to flee from the scene, but eventually Draken falls on the ground by losing so much blood, and till the help arrives, it was too late to save him.

Takemichi was helplessly crying on the floor by realizing that no matter what he tries, he won’t be able to save Draken-Kun from his fate.

Now comes the last part, where to read and watch Tokyo Revengers? If you want to watch anime, you can prefer Crunchyroll as it has a huge database of thousands of anime which you can avail yourself of at a very nominal price. On Crunchyroll, you will enjoy simulcasting new episodes fresh from Japan to your devices. It is cool, isn’t it?

If you want to read the manga of Tokyo Revengers, you can prefer amazon or kindle. You can even buy hard copies from Amazon, which is a great thing in itself. Kindle allows you to read thousands of ebooks on your devices which is also a good thing for the environment.