Finally, Kawaki lost his Karma after the recent incidents. Will he ever get it back? Let's find out. 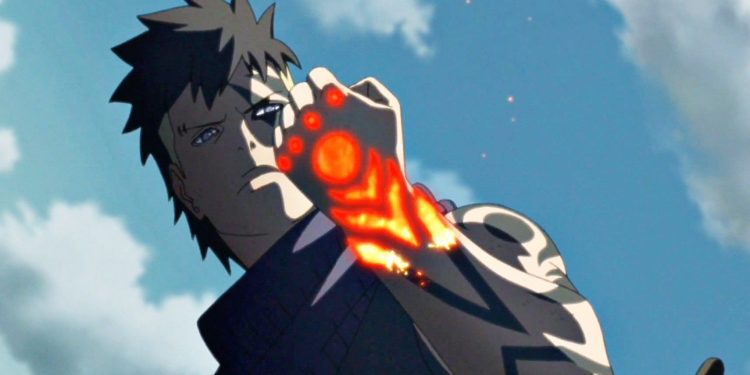 Boruto is breaking records with each episode and gaining attention from fans across the world. Initially, the pacing of the anime was a bit showy, but it seems like the anime finally picked its pace and is all set to achieve new heights. Boruto anime wants fans to know each and every character and this tactic certainly helps creators in character development as well as in writing a more descriptive and excellent story. In this article, we are going to discuss Boruto and Kawaki’s Karma seal and how Kawaki got rid of his Karma? Will Kawaki get his Karma back? There are many questions which we need to figure out. There is so much information hidden in this article, so make sure to read this till the end.

Boruto is a Japanese manga series and anime and the sequel of old hit Naruto and Naruto Shippuden. The story revolves around Boruto Uzumaki, the son of Naruto Uzumaki, the Seventh Hokage of the leaf. The concept of the anime is still the same as Naruto, including the lives of Shinobis but in the modern era. Boruto has the exact opposite dream as his father had. He doesn’t want to become Hokage of the Village. Instead, he wants to become someone who will become the right hand of Sasuke and protects Village from the shadow. Just like his mentor Sasuke Uchiha. The story further progresses with new villains and new power concepts.

In the initial days of Boruto: Naruto Next Generation, fans were really anticipated to know Kawaki and his intent to live. We had an evil picture of him in our minds, but this is where creators put a fog on our thinking. Kawaki is a shinobi who was raised by Jigen and his organization Kara for the future vessel of Isshiki Otsutsuki. But eventually, he got saved by the Seventh Hokage, Naruto Uzumaki and adopted him as his own son. Eventually, he developed brotherly bonds with Boruto, and Naruto became his father figure. He aspired to become stronger so that he could fight alongside Lord Seventh against Isshiki Otsusuki. He asked Naruto what Shinobi actually is? For which Naruto replied to him to think about this answer by himself and figure out his ultimate goal and motivation to fight.

Will Kawaki Get His Karma Back?

Since Kawaki’s Karma is implanted by Jigen and when Jigen’s body finally gets replaced by Isshiki, The Kawaki’s Karma is erased, and he doesn’t have Karma anymore. But is there any possibility to regain the Karma again? Momoshiki once said that, even after the Karma get vanished, there is still data left in Vessel’s body, but Isshiki can’t be revived with that data itself, so it is very unlikely that Isshiki will get revived, and by this way, he regains his Karma. But at the beginning of Boruto, we do see him with Karma, so possibly something else comes into play in the future.

There should be some possibilities that we don’t know, and there is a lot to learn about the Otsusuki clan. It is also possible that there are some mysteries possessed by the upper-rank Otsusuki or some leader figure of Otsusuki that has been hiding from the world. Maybe they have the power to implant Karma into any vessel. Even though these all are theories backed with no sources and answering the concrete answer is not possible at this point in time.

Where To Watch Boruto Anime?

Now last but not least, where to watch Boruto Anime? There are many sites that allow us to watch Boruto legally, but the most popular and recommended platform is Crunchyroll. Crunchyroll is one of the largest databases of anime all over the Internet and home to thousands of anime of different genres. This platform allows us to watch not only Boruto but thousand other anime, anytime anywhere, on a single subscription. If you are following any ongoing title, then this platform is heaven for you because it brings the latest episodes as soon as it gets released in Japan. The best feature of this platform is, if you don’t want to pay for the subscription, you will still be able to enjoy your favorite show with ads in Standard Quality as it supports ad-supported content.

Also Read: How Did Luffy Get His Scar in One Piece?