Will Isla Die in Plastic Memories? 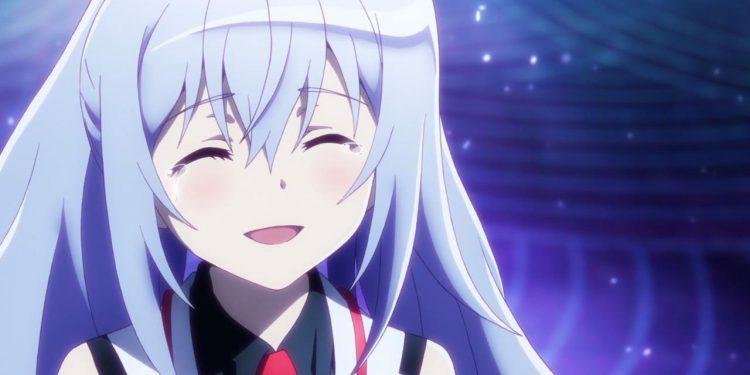 Will Isla die in Plastic Memories? Are you guys searching for an article related to her death? If yes, then you are in the right place. Do not worry, I will help you to know about her death and also some brief and important information like appearance and personality. Isla is one of the main protagonists in the anime series Plastic Memories. Isla was originally a Giftia who was considered to be Terminal Service One’s best Giftia sharpshooter. Formerly, she was paired with Kazuki Kuwanomi. She became Tsukasa Mizugaki’s companion when her co-partnership with Kazuki was ended.

Isla did not perform any field research after her co-partnership with Kazuki dissolved; rather than, she stayed in the workplace and worked on her computer. She started growing plants outside of the Terminal Service One building and serving coffee to her staff. According to the agency’s regulation that you had to be associated with someone to operate on the ground, she did not go on retrievals again until she formed her collaboration with Tsukasa.

Yoshiyuki Fujiwara directed the anime Plastic Memories, which Doga Kobo produced. Naotaka Hayashi, who also penned the script, came up with the plot, and Okiura created the primary character models. The anime show premiered on Japan’s AT-X channel on Sunday nights during the early summer of 2015. Aniplex of USA holds the copyright for Plastic Memories in America. The thirteen-episode anime was mainly run in only one season. It premiered on April 5, 2015, and ended on June 28, 2015, with the final episode.

Will Isla die in Plastic Memories?

Will Isla die in Plastic Memories? Yes, she will die because of the completion of her lifespan. Isla was towards the conclusion of her life story, at the point, her co-partnership with Tsukasa started, with only around one thousand hours remaining before completing her lifespan. Her health was steadily deteriorating, and she was physically unable to give her all at times. Tsukasa, knowing this, chose to stay with her. Isla is a Giftia who already knew that how long her species would live. But she gives fellow Giftias hope by sending them joy and success, she is also cognizant of the tragedy that all Giftias have suffered.

Also Read: Will Gol D Roger Die in One Piece?

Isla is a fictional protagonist who is among the smallest character in the anime Plastic Memories. Her pigtails are frequently seen with her lengthy and soft violet tresses. She appears to be wearing a Terminal Service outfit with orange and black embellishments and has bloodshot eyes. Isla seemed to only wear her normal uniform and nothing else until she rediscovered the actual sense of joy she once had and thanks to Tsukasa’s assistance. She started to wear new costumes when going out, mainly on outings and meetings with Tsukasa because her admiration for him has encouraged her to be more operative and cheerful.

Isla was presented as a Giftia who showed almost no feeling at first, but her relationship with Tsukasa has allowed her to grow in this area. She is a sweet girl who has a hard time knowing how societal issues should be handled. Isla wants to make Tsukasa as pleased as she can. She is also sensitive to jealousy and wishes to be as helpful to him as feasible. Isla is shown as really serious about how others are feeling. She was said to be the only worker of Terminal Service One to pay attention to her customers’ feelings and desires. After an incident involving one of Kazuki’s tasks, the rest of the crew eventually followed Isla’s direction at Kazuki’s demand.

Since the first time they met, Tsukasa has been extremely nice and polite towards Isla. Even though Isla was continually making mistakes during their first retrievals, he was friendly with her and supported her to do her best. Isla began to have affections for him as a result of this. Tsukasa revealed his affections for her, but Isla refused him for motives that were first unexplained. While she loves him, she believes that spending quality time with him will leave him unhappy once she is gone. Tsukasa quickly persuades her that he wants to stay with her till death, and the pair spent the rest of Isla’s remaining time together.

Jin Ji Won Gets In An Argument With Her Mother In ‘School 2021,’ What Will Be Her Next Step?