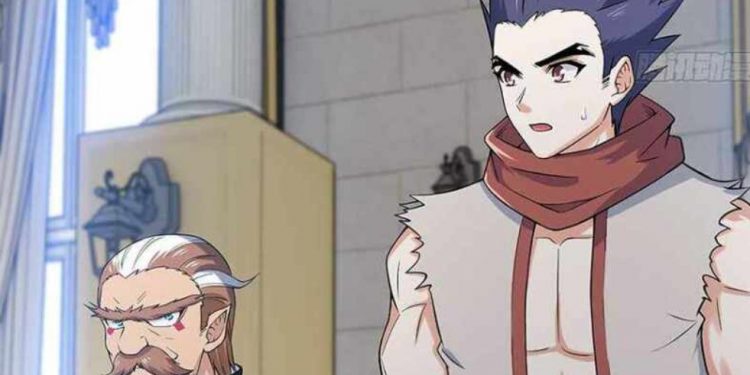 My Wife Is A Demon Queen Chapter 327

My Wife Is A Demon-Queen Chapter 327 reveals Demon Queen Isabella, who decided to take her throne back at the Demon Tribe Kingdom. White Dragon Regiment almost killed Xiang Ye, Isabella, and Sophisas but Sophisas attacked the knights using Swordmaship-Catapult to clear their escape path. Teacher Hong Lian joins the battle and builds a barrier using a vines spell while telling Xiang Ye to escape with Isabella, and the trio fled the scene after Xiang Ye wields Magic Raider Suit. In the recent chapter of My Wife Is A-Demon-Queen, White Dragon Regiment pursuit Xiang Ye, Isabella, and Sophisas after defeating teacher Hong Lian.

Fiona and Naina help Hang Lian to recover, but Naina chases White Dragon Regiment to help Xiang Ye. After Naina left the Royal Castle, the warriors talked with the teacher, and he told them that he was no longer their teacher. He is angry that the student chose things that led to this chaos and told them that everything they do has nothing to do with the Boxer Class. Eli smiles, and one of the girls asks him if he can go with him. Eli reminds that girl that it is too dangerous and she won’t protect herself as a girl.

The teacher told Eli to go with her since he would protect her. Fiona reminds Eli that the girl will help him in hard times since she is pastor. He accepts to go with her and realizes that they will heal him if he gets hurt. Eli surprised everyone by carrying the girl onto his arm, and he told her that he would protect her. Fiona and the other decided to run on a few errands waiting for the reports from the battle. Hiang Lian told the warriors who were living not to mess up.

Previously on My Wife Is A Demon Queen Chapter 326

Hang Lian reminds the warriors that they might face a charge if the teacher and the students get involved, putting Sophisas in danger. They realize that they don’t have to burden Sophisas. Sophisas, Isabella, and Xiang Ye wearing Magic Raider Suit are on the run in the town. They realize that they have to escape the town quickly. But the knight blocked their path and shot arrows at them. Sophisas uses his sword skills to block the arrows since they can’t turn back.

Isabella notice that the arrows are coming towards them in numbers and use her Demonic powers to summon a gigantic shield that protects them. Xiang Ye unleashes something like spider webs from his Magic Raider Suit to put the soldiers to sleep. A mysterious warrior joins the battle and fires flaming arrows from the rooftop. He wonders if Sophisas might be the second guy to avoid his arrows. The guy summoned the powers around his areas and heard a door opening. He finds that teacher Aisi is behind him and asks her why she gets involved. Aisi told the guy that she was doing it of her will, and it had nothing to do with the academy.

My Wife Is A Demon Queen Chapter 327 Release Date

My Wife Is A Demon Queen Chapter 327 will be released on 26 December 2021. Xiang Ye, Isabella, Sophisas managed to pass the knights, and Xiang Ye asks her what she will do next. Xiang Ye reveals that she will return to the Demon Tribe and regain her throne Sophisas thinks it is a good idea since they are not welcomed in the Empire and reminds Xiang Ye to use his strength to help Isabella. Let’s look at My Wife Is A Demon Queen Chapter 327 official details.

You will be able to read My-Wife-Is A Demon Queen Chapter 327 online on various websites. Xiang Ye accepts that and reminds them that they will soon reach the city gate and head to the Demon Tribe. Isabella realizes that she has caused Sophisas to betray the Empire. But she will make up to him to clear his name. Let’s meet when My Wife Is A-Demon-Queen Chapter 327 is released.