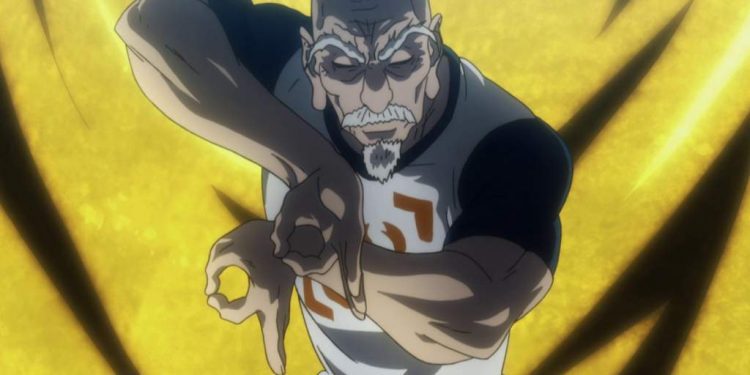 Netero VS Meruem in the Chimera Ant Arc

Hunter X Hunter is an anime set in a world where professional “Hunters” exist. They are people who undergo tests and training to perform a variety of dangerous tasks that can include hunting down dangerous animals. criminals and even hidden treasures in forbidden places. These Hunters get their licenses from the Hunter Association. It’s a non-governmental organization responsible for testing these Hunters and making sure they are ready for anything they will be asked to do. Since Hunters are asked to travel to any part of the world for whatever reason there could ever be, the people who test them are Elite Members who have proven themselves better than the rest.

Isaac Netero was one such member of the Hunter Association. He was the 12th Elected Chairman of the Association, after being challenged by Hunters all around the world and winning against them all. Netero was considered Insane because of how he acted when he was not working. He would be found playing around with those taking the Hunter Exam. He enjoyed challenges to the point where he would want to be challenged in different aspects of his daily life. For example, wanting a Vice-Chairman he couldn’t stand. His cheery personality made it difficult to take him seriously at times, but he was well respected all around the world.

Isaac Netero is the most powerful Nen user in the world. He achieved this proficiency at the age of 50. Netero had gone to train in the mountains at the age of 46 to show his gratitude for Martial Art. Here he would spend half his time doing a set of a thousand punches, and the other half praying. He would fall asleep exhausted from the training and wake up to repeat the same routine. He eventually got so much better at it that he went from doing a thousand punches in 18 hours, down to an hour. When he left the mountains, he realized after fighting with the people there that his punches were faster than the speed of sound. This made him earn the respect of everyone around, including the grandmaster of Dojo.

He went on to become a Hunter and managed to return back alive from his two expeditions to the Dark Continent. That place is an unofficial island and only a handful of people have managed to come back from there alive. Netero first appears during the Second Phase of the 287th Hunter Exam. He plays a bigger role in the Chimera Ant Arc, where he had to combat the Chimera Ant King. Netero had a strong devotion in wanting to end the Chimera Ant Species. He was willing to go even go as far as let five million people die if it meant that the Chimera Ants would no longer exist.

Netero Dies in a crucial battle of the series. The one opponent that Netero did not wish to fight was the Chimera Ant King, Meruem. But he is eventually forced to face to face fight with Meruem. On East Gorteau Island, Netero plans on attacking the King alongside Gon, Killua, and the other Hunters. He orders them to split up into pairs and has each pair aim for one of the three Royal Guards. Before Netero’s big fight with Meruem, he had to fight off Pitou, the strongest of the Royal Guards. Pitou had sensed their presence as soon as Netero activated his Nen.

After his escape from Pitou, Isaac heads to the King. Meruem, the Chimera Ant Arc, offers to talk the situation off as he has recently learned the value of human lives. Netero realizes that the entire fate of the Hunter Exam Association depends on him, and strikes at the King. He uses First Hand directly on Meruem and still does little damage to him. The two soon get into an exchange of blows, with Netero doing minimal damage to the King. Netero loses limbs in the battle but that only slows him down.

Netero is determined on ending the Chimera Ant King’s awful reign of terror, and as a final attempt to do so, places the Poor Man’s Rose in Meruem’s heart. But in order for the poison to work, Netero’s heart has to stop. So as a final sacrifice, he commits suicide by piercing his own heart to detonate the Poison bomb inside Meruem. The poison of this Rose is contagious and kills Meruem along with two of his Royal Guards, and a civilian who was by Meruem’s side during his last moments.

Netero chose to protect the future of the Hunter’s Association and the humans who were being tortured by the Chimera Ant King, over himself. He was truly one of the best and strongest Hunters the world had seen.

Will Ichigo Die In Bleach? Times When He Was Almost Killed