Will Hiro Die In Darling In The Franxx? The Fate Of 016 Discussed

Hiro and Zero Two, The example of perfect partnership and sacrifice, Did they make it till the end? Let's find out.. 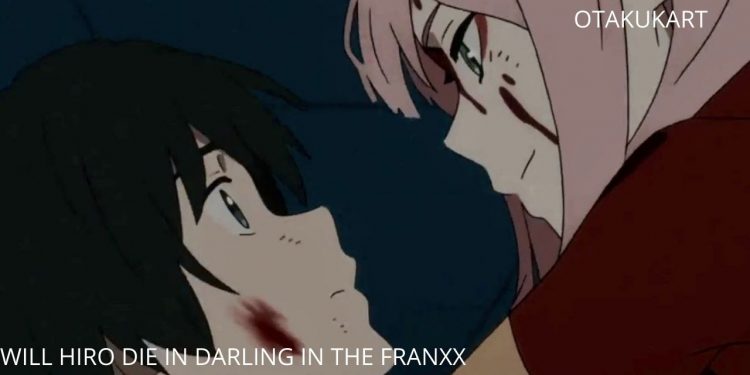 Hiro's Fate In Darling in the Franxx

Darling in the Franxx is one of the great anime that exists on this planet, and the major protagonist of the show, Hiro was a parasite with a codename 016. He used to be known as the prodigy but due to his continued failures with Naomi, he dropped on the list of a failed pilot. As he lost all the hopes, he met with Zero Two. Later on, they become really close friends and Hiro finally found his reason to live. They became the newbie members of 13th Plantation and assigned the task to pilate the renowned Franxx, Strelizia. In this article, we are gonna discuss the life of Hiro and what happened to him in the end? This article has lots of things to offer so make sure to read this till the end.

Darling in the Franxx is a Japanese science-fiction anime animated and produced by the Trigger and A-1 Pictures Studio. The short verse of the anime is, the young pilots fight against monsters using special feminine kinds of robots called Franxx. The main protagonist of the show Hiro who used to be the prodigy filled with self-doubts and almost gave up piloting Franxx. Then he met with Zero Two and from this point, his life changed completely.

Before coming straight to Hiro’s fate, let’s see a brief synopsis about him. As we discussed above, Hiro was the prodigy but after getting failed many times, he falls under the category of the failed pilot who even doesn’t know how to control the franxx. His heart filled with sentiments and self-doubts but after meeting with Zero Two, his life changed completely. After spending so much time with Zero Two, Hiro develops feelings for her. The memories of his childhood love also started appearing before him and he ultimately starts his relationship with her. Some uncertain events happened later on which turns the whole table upside down.

Who Is Zero Two?

Zero Two is the second major protagonist of the sci-fi series Darling in the Franxx. She is a member of APE special forces and fights on the front line with monsters. She changed Hiro’s life completely and made him the warrior who has a significant aim in his mind. She might be in your lift of top waifus and her two horns always remain a matter of solitude. If we talk about her personality, she is a cute-looking middle age girl with pink hair and green eyes. She wears red color special attire and her two horns put the icing on the cake. Overall she is a perfect girl which you need in your life.

Did Hiro Die In The End?

Hiro and Zero Two became the official member of the 13th Plantation and were piloting the franxx called Strelizia. When Hiro met with Zero Two, he found a purpose in living. He decided to free all the parasites from the control of APE. In the final battle, Hiro and Zero Two piloting Strelizia get to the home planet by a Warp and get caught in a heavy explosion. They both selflessly sacrificed their lives to protect his planet and Nakama. In the final cut, we saw two red and blue bubbles in the sky and two children meeting for the first time under the cherry blossom. It is not sure whether they get reincarnated or not but Yes, Hiro and Zero Two both died in Darling in the Franxx anime.

Where To Watch Darling In The Franxx?

Now comes the topic, Where To Watch Darling In The Franxx? We can stream Darling in the franxx legally from Crunchyroll. Crunchyroll is the home of thousands of anime. With a single subscription, you get access to tons of anime which you can watch anywhere anytime. Not only this, but if you are following any ongoing title, Crunchyroll allows you to simulcast the latest episode just after it gets premiered in Japan. Still, if you do not want to pay for the subscription, Crunchyroll offers free content over an ad-supported format. This allows you to watch anime free of cost with ads in Standard Quality. This way you can support the creators that are doing amazing work out there.

Here is the link to watch Darling in the Franxx

Also, read: Will Rem Die In Re Zero? The Fate Of The Maid From Re Zero Discussed