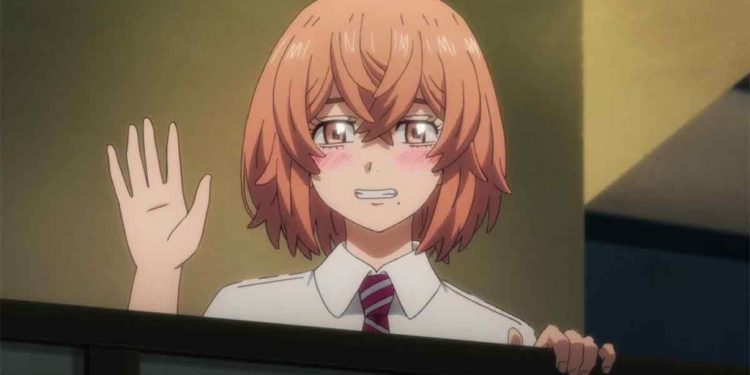 Will Hinata Die in Tokyo Revengers? The more important question of the series is Will Hinata be able to survive in Tokyo Revengers? Will Takemichi make a successful attempt to save the life of Hinata? As we know that Tokyo Revengers is not any normal kind of Gang war and criminal genre anime series. It includes time traveling, concepts of past and future along with the deaths and lives of characters in both past and future. These things made Tokyo Revengers extremely confusing yet interesting enough for viewers to crave more for it. So, before revealing the main question of this article, let me introduce the anime series to the people who are here but haven’t watched the series yet. To those, I recommend skipping this article as it is going to be full of spoilers that are not going to limit to Hinata only.

The Japanese manga series Tokyo Revengers is drafted and illustrated by Ken Wakui. The manga was released on 1st March 2017 and is still ongoing. An anime series based on the manga has also been released that premiered on 11th April 2021. Both anime and manga series are super popular and one of the most loved. The series goes around the life of a young man named Takemichi Hanagaki who is currently 26-year-old and lives in the city of Japan. His life was going pretty normal until one day he witnessed the love of his life Hinata Tachibana – his high school ex-girlfriend. She died due to the Tokyo Manji gang. He decided to use his ability to travel back in time in order to save her life. Now, let’s see whether he will be able to protect her or not.

Hinata is a well-known character of Tokyo Revengers. The whole plot of Tokyo Revengers took due to her death. As she was killed by Akkun “Kisaki” who is a member of the Tokyo Manji Gang. To which, Takemichi traveled back in time to protect the life of Hinata. As an adult, Hinata is a very pretty lady, with light brown eyes and rosy brown hair. The main thing to notice is that she always wears a necklace that was gifted to her by Takemichi Hanagaki. This shows that even after their breakup, Hinata still loves him. So, the feeling is mutual but they are not together anymore. Hinata is very outgoing and has an extroverted personality. In my opinion, she is the most optimistic character of the entire series. She is very strong and had this nature to lift up everyone’s mood.

When Takemichi heard the news of a car that ran over Hinata, he was disheartened. He didn’t suddenly use his ability and went back in time. He was depressed over the news and was standing at the station waiting for the train. Suddenly, someone behind him accidentally pushed him and he landed on the tracks. At the time when he has closed his eyes, waiting to die at the railway track, he suddenly gets transferred 12 years back in middle school.

Will Hinata Die in Tokyo Revengers?

As at the beginning of the series, Hinata has died already. Now the question is will Takemichi be able to protect Hinata? So, when he finally leaped back in past he, of course, tries to protect her, and that was a successful attempt. However, when he returned back to his future it feels like nothing changed. Back in past, he witnessed every single thing that happened to Hinata. Upon seeing her after knowing that she is dead in the future Takemichi broke out of joy and relief. He went to meet Naoto – Hinata’s brother to warn him, that on 1st July 2017 Naoto and Hinata are going to die. Takemichi laughed off upon his own warning thinking that Naoto might not believe it and suddenly he opened his eyes back on the railway station. He didn’t die that day he was saved by Naoto who is still alive.

Upon seeing Naoto alive, Takemichi thought that his attempt was successful but Hinata is still dead. Naoto was not able to save Hinata no matter how much he tried. Naoto was convinced that only Takemichi is capable to protect Hinata by going back in time. He asked Takemichi to leap back in time and prevent all the series of actions that caused Hinata’s death.

Why Hinata dies every time in Tokyo Revengers?

In the very beginning, we know that Hinata was killed by Kisaki ordered by Tokyo Manji Gang. The leader of the Tokyo Manji Gang is Manjiro Sano (Mikey). However, he was not the one who planned on killing Hinata. Mikey, surely won’t get anything from killing Hinata. So, who was it? It was Kisaki who killed Hinata. The reason why Hinata dies every time Takemichi saves her is also because of Kisaki. Here is why Let’s dig back into the background of Hinata and Kisaki.

Back in Junior School, Kisaki was that one weird-looking guy who scored top in the school but is set aloof due to his looks. No one likes to talk with Kisaki and he was left aloof from the crowd. It was Hinata who was the first person to talk with Kisaki. Her sheer intention of kindness was something else for Kisaki. He started developing feelings for her, not just feeling he got obsessed with her. However, Hinata doesn’t feel anything for him but was attracted towards Takemichi for his heroic acts. So, I think this makes everything clear. She dies every time, even after altering the past because every time she rejects Kisaki he goes berserk and sees nothing else but kills Hinata. Not only Hinata, he is the major reason why Mikey also dies every time.

So, this makes Kisaki a very intelligent, genius, prodigy, and what not villain of Tokyo Revengers. He is to be blamed for everything. Due to this, Takemichi has to go back in past, again and again, to not only protect Hinata but also to protect everyone who died due to Kisaki’s psychopath intentions.