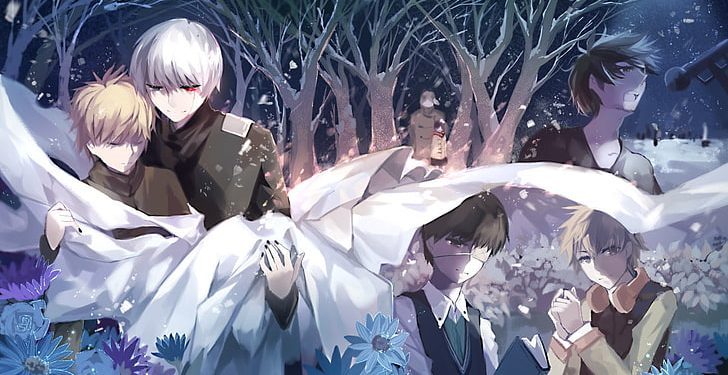 Will Hide die in Tokyo Ghoul? Ken Kaneki has a friend like him who never gives up on him. I know, you guys want to know how he has become the most important character in the Anime. But first, we need to know that who is Hideyoshi Nagachika (Hide) is and how he will die?

Hide is another name for Hideyoshi Nagachika. He is a regular human and the protagonist Ken Kaneki’s best buddy. Nagachika went to Kamii University, just like our hero, Ken Kaneki. He was a student in the Department of International Studies, where he was studying Foreign Language (English Literature). Following Ken Kaneki’s disappearance, he began working part-time at the CCG and quickly rose through the ranks to become an investigative assistant, assisting both Koutarou Amon and Akira Mado.

Hideyoshi Nagachika went missing during the Owl Suppression Operation and returned as Scarecrow afterward. He pretended to be a low-ranking Ghoul, lingering on multiple missions and interfering without disclosing his true reason. Hide is the major supporting character in Tokyo Ghoul. He has been seen as Ken Kaneki’s one of the main reasons for becoming a companion with Aogiri Tree members. Throughout the series, Hide tries to protect Kaneki so that he could live a normal life like he always wanted.

Will Hide die in Tokyo Ghoul?

Will Hide die in Tokyo Ghoul? No, he will not die but there are two incidents where the chances of his death are absolute. The first incident, when Nishiki Nishio told Hideyoshi Nagachika and Ken Kaneki that he would help them but he wanted to eat both of them so that he could get nutrition. But thanks to Kaneki who protected his friend with uncontrollable kagune’s help.

In the second incident, he finally discovers Ken Kaneki. Hide comes in the military CCG outfit during the Owl Suppression Operation. Noro, the ghoul, inflicted a deadly wound on Hide. He came to Anteiku because he knew that Ken Kaneki would come there. But when Ken Kaneki found him with fatal injuries, he realized that he was a failure as a friend who he always wanted to protect. This incident looks like that he will die but all thanks to Kishou Arima who gave him new life by providing advanced medical technology.

Hideyoshi Nagachika is a young man of medium height, with dark roots in his blonde hair and olive-colored eyes. He prefers to dress in bright colors, such as a yellow blazer and green shorts. He frequently wears a set of headphones around his neck since he enjoys music. And this look was before the Aogiri incident.

He grows his hair out after the Aogiri event and wears a red and white cape, which was helping him to hide his face in front of unwanted people. He also doesn’t use headphones anymore. His outfit consists of a light-blue jacket worn over a white shirt with a red hooded cape. He also uses a yellow-aligned green backpack, black jeans, and green shoes. He adopts a military CCG uniform that includes a black long-sleeved shirt and trouser and grey vest during the Owl Suppression Operation.

Two years later, he chooses to cover the bottom half of his mouth with a scarf. Deep damage hides half of his face and continues down to his left clavicle beneath the surface. His bottom face has been removed almost totally of tissue, revealing his teeth and leaving very little to conceal the jawbone. His throat has recovered to a regular skin color six years after the re’s event. Even though his lips are likely still ruined, he chooses to wear a mask that hides his mouth but not his throat.

Also Read: Will Eto Yoshimura Die In Tokyo Ghoul? All About The One-Eyed Owl Discussed

Hideyoshi Nagachika has a casual demeanor and is always cheerful and welcoming. Apart from Kaneki, he doesn’t appear to form ties with anyone else. Hide is also a keen observer who can deduce information about people in a manner akin to that of the greatest detective of all time, Sherlock Holmes. Hide’s behavior is also quite “decided.” He’ll adhere to his objectives or beliefs to the conclusion, specifically if they’re important to him.

He keeps an eye on his best friend Ken Kaneki, supporting him in a variety of ways and becoming concerned when he doesn’t return his calls. Hide is the reverse of Ken Kaneki, as he is an extrovert whilst Kaneki is more of an introvert. He, despite being bold and talkative, keeps most of his worries to himself to avoid bothering Ken Kaneki. Hide, like his best friend, puts his hand on his face when he is anxious or faking.

Hideyoshi Nagachika, because of the body of a normal human being. He has no powers and abilities like his best friend Ken Kaneki has. But as a human, he is a special man who helped to develop the main character along with him. Hide has proven to be extremely keen and analytical, able to discern between the two Rabbit ghouls while also monitoring the movements and lifestyle of people and ghouls in his immediate vicinity.

Where you can watch Tokyo Ghoul?

Everyone should have a best friend like him who never lets his friend behind. His role in the Tokyo Ghoul is the major part to develop the name of a character, Hideyoshi Nagachika (Hide). To watch the anime and how he helped Kaneki to fight against himself. I will provide you best online streaming platform where you can watch Tokyo Ghoul: Netflix, Crunchyroll, Hulu, FUNimation, Amazon Prime.