Will Goku Die in Dragon Ball Z? Everything To Know 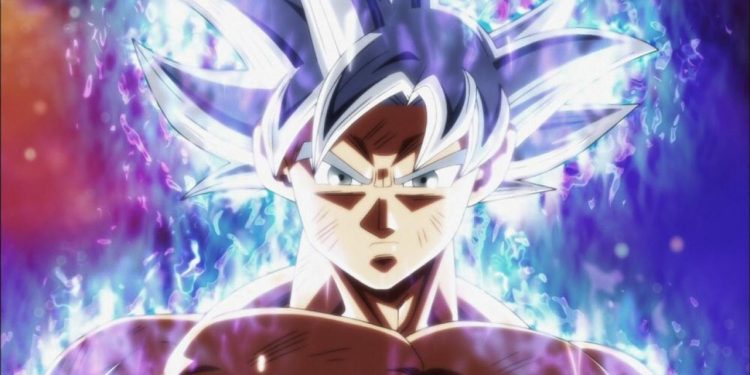 The one anime that everyone knows about, even if they’re not an avid anime watcher, is Dragon Ball Z. Dragon Ball Z is set 5 years after the original anime “Dragon Ball”. The original series is based on a Chinese novel, “Journey to the West”. The main plot of the show is the story of an alien who was sent to Earth on a mission to destroy it and everything on it. Goku, or Kakarot, is an amazing character who never seems to get out of fame. He is one of the evergreen characters who is always trending. It doesn’t matter if there’s any new information about the show or not. So, will Goku ever die in Dragon Ball Z?

Goku is one of the strongest characters in anime. We see him being compared to other great anime characters like One Punch Man and even other superheroes like Superman. Goku’s hold on the anime community has been immaculate ever since the first episode. There are rarely any negative comments on him online because of how genuine of a character he is. Although there is a lot of discourse on how strong he is and if he could beat the other Godly strong anime characters, his character sketch and storyline are some of the best out there. He always wishes to face fierce opponents, so during any of his battles, will Goku die in Dragon Ball Z?

The original character is based on Martial Artists, Bruce Lee and Jackie Chan. Kakarot, as named by his father at birth, is a Saiyan from the Planet Vegeta. He was sent to Earth at the age of three from the fear of Frieza attacking his planet. Goku’s initial goal was to destroy the planet Earth and all the species existing on it. But due to a head injury he suffered from falling off a hill, the Saiyan lost memories of the anger he was supposed to have and went on to become one of the kindest characters in the series. Goku was taken under the wing of Grandpa Gohan and trained to not only become a great martial artist but also how to live life on Earth as a simpleton.

Yes, Goku does die in Dragon Ball Z. There are many times in the manga and anime when he has died, but he comes back to life almost every time. There are some times when he is resurrected, and there was even that one time when he was in the afterlife for quite some time before coming back alive. Other than this, he also dies several times in Dragon Ball Super as well. Here we see how he dies and how many times he’s died. Warning!! This article is not spoiler-free.

1. Sacrificing his life to kill Raditz

Raditz is Goku’s biological brother and his father’s first son. Goku’s first death was caused while he was trying to stop Raditz from destroying the Earth. He reminded Goku that the reason to send him to Earth was to demolish it and to join forces with him to do so now. But Goku was against it and tried to stop his brother from doing so. The fight to stop him was a very difficult one, and it ended with Piccolo having to pierce through Radtiz’a heart while Goku held him in place. This caused Goku’s death as well. Later, He was wished back alive by his friends using the seven Dragon Balls.

Cell is a creation of Dr. Gero. He was made using the genetics of the strongest fighters in existence, including Goku, Vegeta, Piccolo, Frieza, and King Cold. He was a very strong opponent for Goku, which made Gohan interrupt and fight against Cell. During this battle, Gohan turned into Super Saiyan 2, which scared Cell to the point of self-destruction. Goku saw the threat that would come to the world with Cell’s self-destruction, and so he teleported himself along with Cell to King Kai’s world. This led to the death of Cell, Goku, King Kai, Bubbles as well as Gregory. Goku remained dead for seven years after this death.

This takes place in Future Trunk’s timeline. In the future, Goku dies from a Heart Virus. His death takes place long before the Androids that eventually kill all the Z fighters come to Earth. Future Trunks travels back 20 years in time to give Goku the medicine to prevent his death from happening in the future.

In an arc that only takes place in the anime and not the manga, Hit kills Goku using his Phoenix Eye Fist. Since this arc isn’t canon, it is counted as a death in a different timeline. This time the Dragon Balls are not required to bring him back to life since this death doesn’t affect the main story.

The appearance of Goku Black was very anticipated by the fans. Goku Black is actually Zamasu who used the Dragon Balls to swap bodies with the Goku of his universe. After swapping bodies, he proceeded to kill the mind of Goku in that body and take full control of his body.

Although there are many times we witness Goku’s death on screen, he only actually dies twice in the canonical timeline – once when Picollo kills him while trying to stop Raditz; and once when he teleports Cell’s body to prevent the extinction of the world.

Teyana Taylor’s Net Worth: How Much The Actress Earns?

Did Ash Ketchum Die In Pokemon?