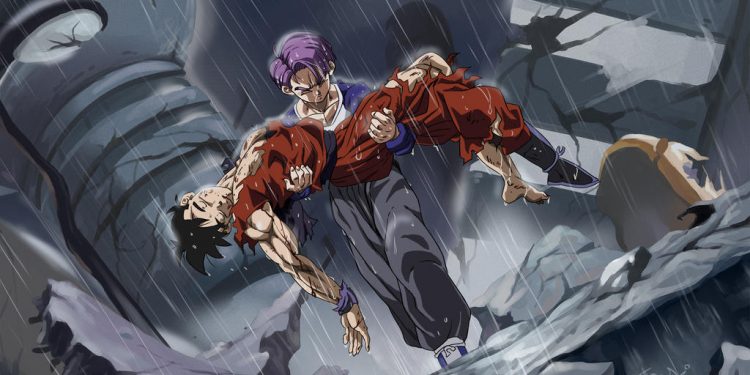 It’s not simple to put yourself in the shoes of one of anime’s greatest heroes. There aren’t many individuals who can boast they saved the Earth multiple times, and Goku is one of them. Gohan has had unreasonable demands since he was four years old, and he has endangered his life several times to live up to his father’s standards. So, will Gohan die in Dragon Ball Z?

Akira Toriyama’s connection with character death is an intriguing one, at least in the context of Dragon Ball. Death is seldom associated with a character’s departure from the main plot, mainly in the main cast. Akira Toriyama drops characters like flies regularly in the Z-era, yet never without cause and never for too long. At least in certain circumstances.

Compared to most full-Saiyans, Gohan’s ideals and demeanor are typical for a half-Saiyan. These different ideas and personality traits distinguish him from pure Saiyans. Despite his great strength, he dislikes fighting. When compelled to battle, he is primarily concerned with defending his family and friends. Apart from possessing the characteristic Saiyan hunger and would eat everything, Gohan, like his father, has a pure and compassionate heart.

Also Read: Who is the strongest human in Dragon Ball?

Gohan is a half Saiyan and one of the most notable characters in Dragon Ball. Gohan doesn’t like fighting despite possessing a powerful strength inside him) and chooses to do it only when people close to him are in danger.

He is the oldest son of Goku and his wife, Chi-Chi. Gohan is also the eldest nephew of Raditz, Goten’s older brother, Videl’s spouse, and Pan’s father. Gohan has fought with Goku and others to protect Earth.

Will Gohan die in DBZ?

Yes, Gohan will die in Dragon Ball Z. Gohan survives the entire Dragon Ball series virtually without dying. This is impressive given how much action he witnesses. However, he is yet another victim of Pure Buu’s destruction of the Earth. Gohan dies with Piccolo, Trunks, and his brother Goten. However, he is resurrected a few minutes later to donate his Ki to the Genki Dama. Goku thinks Vegeta wants to utilize the Dragon Balls so Gohan may battle Buu, but Gohan still gives a significant amount of energy to the Genki Dama.

The second time Gohan died, he perished for good. In the timeline of Future Trunks, he was slain by Androids 17 and 18. They bombarded him with energy bolts while he was in his Super Saiyan state. His body was found by Trunk. However, he would have died multiple times if Piccolo didn’t save him all the time.

Gohan barely avoided being murdered many times by Nappa. As a Gohan fan who had seen him prepare for a whole year against enormous dinosaurs and Piccolo, a creature who had previously tried to take over the Earth, it was tough to witness. But, given that he was only six years old, it’s understandable that he wasn’t keen to enter the conflict against veteran warriors. Fortunately, Piccolo was prepared to sacrifice himself to rescue Gohan.

Every second Gohan and Krillin spent on Namek was dangerous for them both. Any character with a name immensely outpowered them. It wasn’t until Gohan obtained a power-up that either of them was remotely scary—but when Vegeta spotted Gohan on his way to the final Dragon Ball after he’d taken the other ones, it was only Vegeta’s haste that kept him alive.

Gohan was about around the level of Perfect Cell when he squared off against Dabura. This meant Gohan should have beaten Dabura, but he hadn’t trained in seven years. He wasn’t as powerful as he had been during the Cell Saga, and Vegeta and Goku had long outmatched him. His battle with Dabura was not only tight, but he should have been slain outright due to Dabura’s ability to turn humans to stone.

Frieza managed to return to Earth, seeking vengeance for what Goku had done to him. Gohan was more vital than ever, hardly a match for Captain Ginyu, much alone what Frieza was capable of. Frieza didn’t even have to leave his basic form to beat Gohan this time. In the end, only Gohan could elevate his power level enough for others to notice that caused Goku and Vegeta to return and rescue them all.